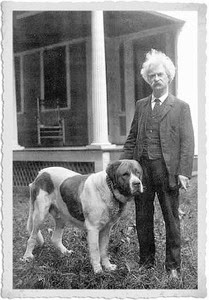 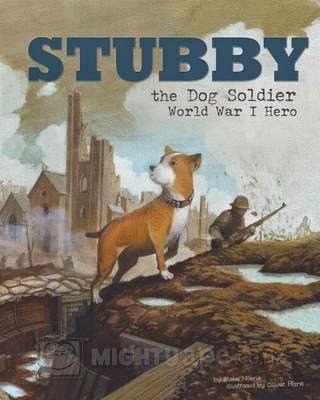 A raging war surged across Europe and in 1917 the USA entered the battle.  Private J. Robert Conroy came to New Haven, Connecticut to train with the 102 Infantry regiment in the Army's 26th Division.  He was followed by a shabby, stray young bull terrier who befriended the Private because he had given the little guy a few morsels of food.  They bonded and Conroy snuck him into his barracks and stowed him away under his bed for safe keeping.  There was a "No Dogs Allowed" rule but Stubby, named for his stubby styled tail, broke that rule and pushed the envelope even farther by being secretly stashed on a huge carrier ship that took the soldiers across the ocean and landed in France.  When confronted by the commanding officer in charge Stubby raised his paw above his eye and saluted him.  The heart of the rigid officer melted so much so by the dog's action that the officer made him the mascot of the "Yankee" Division.

Yes, Stubby was in!

Stubby showed heart and bravery as the war progressed.  He helped rescue men on the battlefield and sniffed out a deadly Mustard gas invasion thus saving the men from certain death.  He fought right along side his humans counterparts and fearlessly crawled through bomb craters and passed whizzing bullets that were directed right at them.  With Stubby's cues the soldiers knew when to take cover because of an approaching bomb or other approaching danger.  The war finally subsided and the troops returned home victorious.  Stubby became the most decorated war dog in U.S. history.  He even got promoted to Sergeant because of his unfailing love and loyalty to both his fellow soldiers and the cause.

Stubby became a folk hero and was demanded in parades, to sell war bonds, visit hospitals, and even to do press interviews.

FYI:  After the war Stubby participated in many veteran's parades across the U.S. and attended every American Legion convention until his death in 1926.  He appeared in a series of vaudeville shows in 1919 with Mary Pickford.  He visited the White House in 1921 to meet President Harding and again in 1924 to meet President Coolidge.  In 1921, General John J. Pershing awarded a gold medal to Stubby.  In 1922-23, Stubby was chosen as the official mascot of Georgetown University while his master, Robert Conroy attended law school there.

His remains were preserved with technical assistance from the Smithsonian Institution.  Stubby, his medals and personal effects were donated to the Smithsonian by Conroy and can still seen there today.

The illustrations are spot on perfect for the time period and the storyline.  The story is heartwarming and the best part, true.  The book is educational and I am sure would be a lovely addition to your child's book collection. 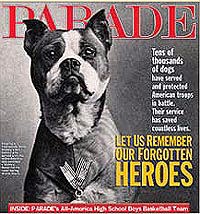 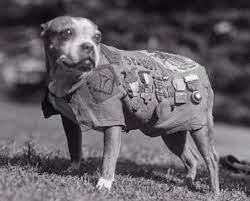 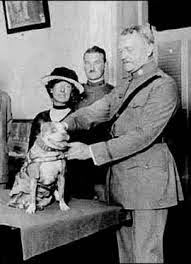 Blake A. Hoena grew up in central Wisconsin, where, in his youth, he wrote stories about robots conquering the Moon and trolls lumbering around in the woods behind his parents house, and the fact that the trolls were hunting for little boys had nothing to do with Blake’s pesky, younger brothers. His continuing desire to tell stories led him to Minnesota, where he pursued a Masters of Fine Arts degree in Creative Writing from Minnesota State University, Mankato.
A selection of Blake’s writing won the 2000 Robert Wright Award and his poetry has appeared in several literary journals. He’s also written more than thirty books for children, including graphic novel retellings of The Legend of Sleepy Hollow, Jack and the Beanstalk, and the Perseus and Medusa myth. Most recently, he’s been working on a series of graphic novels about two space alien brothers, Eek and Ack, who are determined to conquer our big blue home.
About the illustrator: 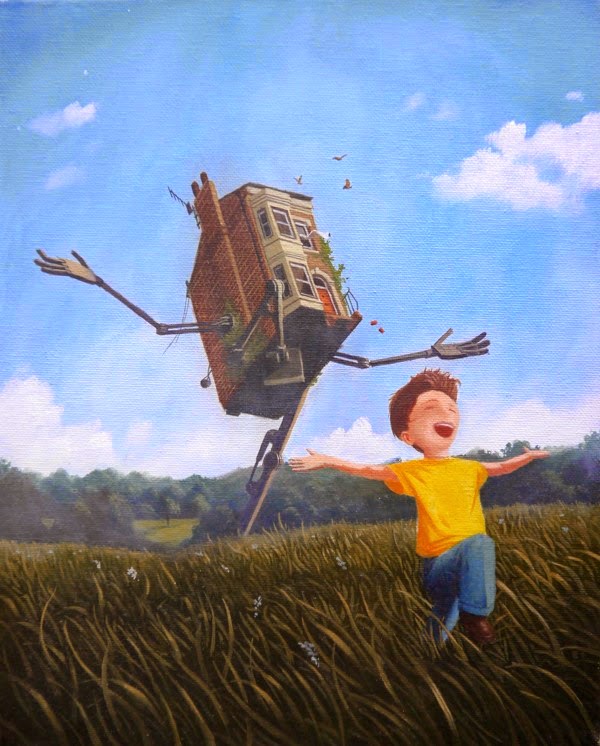 Oliver graduated from Falmouth University College in 2006 and has since been working as a freelance Illustrator. He works in oils on board or canvas and takes inspiration from realism and historical reference. He has worked on a number of projects from album sleeve artwork to private commissions to childrens book publishing. Clients include Harper Collins, Miles Kelly and Oxford University Press.
Oliver lives and works in Bath, UK and is currently represented by, and working with, Plum Pudding Illustration.

Read on and read always!  Have an amazing day everyone.
Posted by Storywraps at 10:42 AM 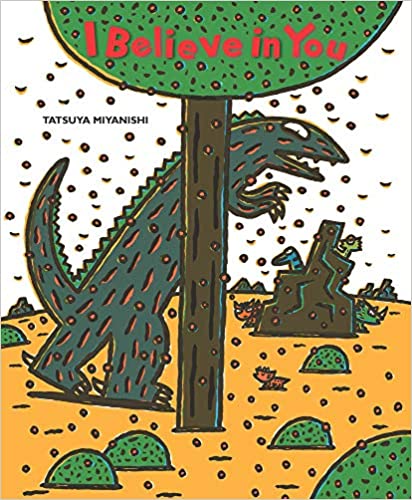