Kitty Hawk and the Hunt for Hemingway's Ghost - a book review 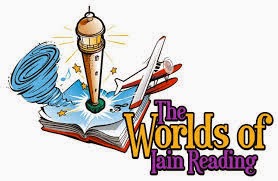 Quote of the day!

"I often carry things to read so that I will not have to look  at people."

Featured book of the day: 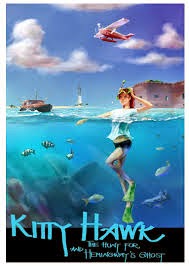 
My take on the book:

This is the second book in a new YA, mystery, adventure series.  This book is one part travel, one part history and five parts adventure.  Kitty Hawk is a clever, skilled young girl who is about to embark on a trip similar to her heroine, Amelia Earhart.  Yes, Kitty is going on an adventure of a lifetime. She is going to take an epic flight around the world, her being the pilot.  Partnered with her dad's expertise and both parent's trust, she decides first to spend some time in the Florida Keys for some R&R before taking flight to destinations unknown.  She explores the breathtaking and intriguing area and finds herself immersed in a mystery involving alien lights, sunken Spanish galleons and untold treasure from days gone by.  She uses her wit and intelligence to sort out the circumstances and characters involved in such a charade.  The book is full of historical facts, interesting asides and an opportunity for the reader to cheer Kitty on to victory.

I particularly loved the details included about Hemingway's house: his eccentric lifestyle, his residency being a habitat for six-toed cats, and his last penny's resting place.  The details were not only humorous but enlightening to me.   I loved how the author painted vivid word pictures of Kitty's surroundings making you want to escape and enjoy her experience too:

"The sunset was amazing, but the stars that came out afterwards were even more beautiful, and I must have spent half the night lying out on the sand watching them sparkle and shine through the inky black canopy of the night sky."

Kitty's adventures were written around actual historical events and people which makes it an even  more interesting read.  Wisely the author included references at the back of the book (mostly digital)  for more in-depth investigations of the places and events.  I always appreciate those add-ons so if you want to go deeper into the subject you can.

I highly recommend this book and I am sure that kid's (of all ages ) will not only enjoy a good mystery, adventure story but will appreciate the knowledge they can pick up from reading this book. 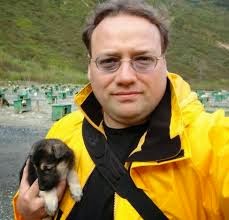 I like Root Beer.
For me there is no other beverage that is quite as magical and mysterious and inexplicably smooth as a cold mug of Root Beer. From the very first sip this enchanting brew tingles your palette with a plethora of blissful sensations and slides slippery cool down into your stomach as it warms your heart. And don't even get me started talking about that sublime frothy icy mess that we call a Root Beer Float.
When I was younger I fancied myself a bit of a Root Beer connoisseur, drinking my favourite brand A&W from tall, narrow champagne flûtes where the ice clinking against the side of the thin glass created a magical tinkling ambiance as I looked down my nose at all the other inferior Root Beer vintages. As I grew older and began to travel across the globe I naturally was inclined to seek out the very best Root Beers that the world had to offer. Surely somewhere deep in some ancient temple in the heart of the Mongolian desert there was a hitherto unknown type of Root Beer brewed by a secretive order of monks using ancient methods passed down through generations.
Sadly, as I was to discover, Root Beer is very much a North-American thing and you can't really find it anywhere else in the world. The closest I ever got was in the jungles of Sierra Leone which smell a bit like Root Beer and diesel oil. (In fact, most non-North-American people to whom I have introduced this magical elixir have first cautiously taken a small sip then made a sour face, stating that "it tastes like medicine". Perhaps this is because the sarsaparilla root that gives Root Beer its name was originally used for medicinal purposes - typical for North-Americans to turn medicine into soft drinks, right?)
I was crushed. If there was no Root Beer out there in the whole wide world, then what was the point of leaving my house in the first place? No one really needs to leave the house, after all. Everything you could ever need can be delivered right to your front door, including pizza and Root Beer and books and everything else you can find on amazon.com. But as it turns out the world is a pretty great place even without Root Beer. There are a million amazing things to see out there and as many more ways for all of us to see them, as our heroine and friend Kitty Hawk finds out in the course of her adventures.
Whatever you want to call it, "holidays" or "vacations" (I prefer to call them "adventures" and thus lift them out from the realm of the mundane because I believe that it's always an adventure any time one of us dares to go out and see just a little bit more of this world we inhabit), I always like to try and live life with what I call a "Hemingway Complex". I even once wrote a travel book using this as a title.
And what exactly is a "Hemingway Complex", you ask?
Well, some people might describe Ernest Hemingway as being "larger than life". But to say that is not entirely accurate. He was merely larger than other people's lives. He was certainly larger than my life, for example, but he fit quite comfortably into his own. My life isn't extraordinary like that of the great Ernest Hemingway. I've never run with the bulls or told people that I fought in wars or hunted German U-Boats in the Caribbean while drinking cocktails on a yacht. But to me living life with a Hemingway Complex means living in pursuit of the impossible. And it's the only way that I ever seem to do anything interesting.
Don't forget to check out the latest happenings in the world of Kitty Hawk at www.kittyhawkworld.com and it you're interested also head over to www.secretworldonline.com and check out some of the songs that I write and record in my spare time in an effort to try and convince people that I am much busier than I actually am.

Read on and read always!  Have an amazing day everyone.
Posted by Storywraps at 11:23 AM 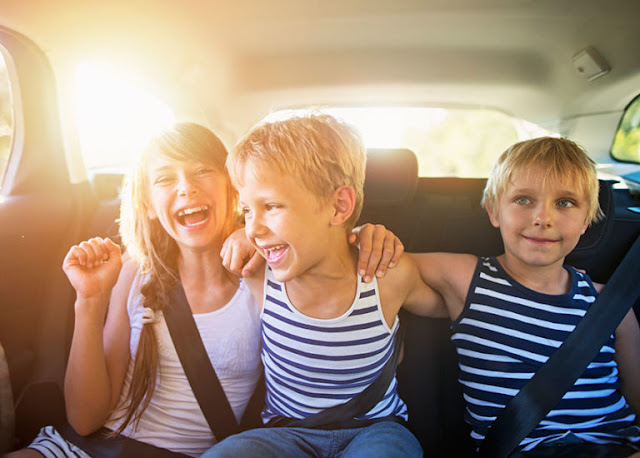