junie b. jones the musical - a musicwrap 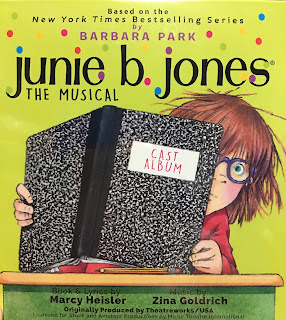 With songs by award-winning team of Zina Goodrich & Marcy Heisler...

"  A spirited entertainment... contributed enough rock, R&B, doo-wop satire and other humour to keep the adults entertained, too."
-The NYTs review of Junie B. Jones The Musical

Join the beloved Junie B. Jones and a quirky, wonderful cast of characters as they sing and dance their way through this original family musical! It’s a new school year, with a whole lot of adventure in store: New friends, new glasses, singing lunch ladies, bossy classmates, kickball tournaments, and juggling biscuits are just the beginning of the lessons learned —much more than what fits on the chalkboard or could fill a “Top-Secret Personal Beeswax” Journal.  Based on the popular Barbara Park book series and adapted by award winning songwriters Marcy Heisler (book/lyrics) and Zina Goldrich (music) for Theatreworks USA, it’s tuneful, first-grade fun for all ages. 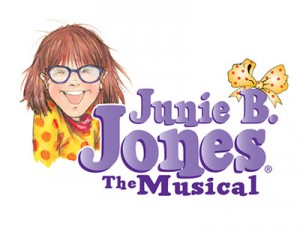 Junie B. Jones, The Musical – a delightful adaptation of four of Barbara Park’s best-selling books, brought to life in a genuinely comical (and not strictly-for-kids) musical developed by TheatreworksUSA. Awaken a young person’s desire to read with the sassy little diva, Junie B. Jones, and her adventures in first grade.
It’s Junie B.’s first day of first grade, and a lot of things have changed for her: Junie’s friend, Lucille, doesn’t want to be her best pal anymore and, on the bus, Junie B. makes friends with Herb, the new kid at school. Also, Junie has trouble reading the blackboard and her teacher, Mr. Scary, thinks she may need glasses. Throw in a friendly cafeteria lady, a kickball tournament and a “Top-Secret Personal Beeswax Journal,” and first grade has never been more exciting.


Featuring a tremendously loveable character and fun-filled songs, Junie B. Jones will capture your audience members’ hearts just as the books captivated an entire generation of students. The small cast, minimal design needs and performance accompaniment CD make this an ideal show for theatres looking to tour schools or with strong education programs.

Explains Marcy Heisler, "Once Junie B. enters your heart she never leaves you.  No matter what age you are, Junie B. and her quirky, honest, heart-on-sleeve, whip smart take on things is something sure to resonate.  She reminds us we are all in first grade sometimes, even as adults, - maybe even especially as adults.  I think both adults and children appreciate how real Junie B's triumphs and struggles are, and there's nothing I enjoy more than hearing stories of families listening to this music together."

Top Secret Personal Beeswax
Lucille, Camille, Chenille
You Can Be My Friend
Time To Make a Drawing
You Need Glasses
Show and Tell
Now I See
Lunch Box
Gladys Guzman, Queen Snacks
Kickball Tournament
Sheldon Potts' Halftime Show
When Life Give You Lemons
Kickball Tournament (Reprise)
When Life Give You Lemons (Reprise)
Writing Down the Story of My Life

The album will be available at all digital retailers ( iTunes, Amazon, and more) and all streaming services such as Spotify Pandora, and more).

About the creators... (very impressive) 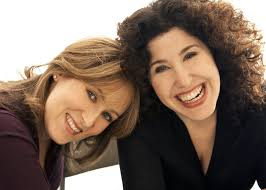 MARCY HEISLER (Author/Lyricist) and ZINA GOLDRICH (Composer) have been collaborating together since 1993.
They were the first women ever honored with the Fred Ebb Award for Musical Theatre Songwriting, and Heisler was honored with the 2012 Kleban Prize for Outstanding Lyrics. Current projects include EVER AFTER, (Paper Mill Playhouse/NJ), Junie B’s Essential Survival Guide to School (Lucille Lortel, Off-Broadway), Hollywood Romance (Scott Sanders Productions) and a musical adaptation of a Universal Studios romantic classic (Universal Stage Productions). In 2012, Goodspeed Opera House premiered The Great American Mousical, based on the bestselling book by author/director Julie Andrews. In 2016, Goldrich and Heisler continued their collaboration with Andrews, contributing songs to her Netflix series Julie’s Green Room. They earned 2009 Drama Desk nominations for Outstanding Lyrics and Music for their musical Dear Edwina, a Lucille Lortel Award nomination for Theatreworks USA’s JUNIE B. JONES (based on the popular children’s book) and a Helen Hayes Award nomination for their Kennedy Center production of SNOW WHITE ROSE RED (and FRED). They have provided original songs for The Disney Channel, Disney Interactive and Feature Animation projects, Disney Theatricals, PBS, Nickelodeon, and others. As performers, they have toured domestically and internationally with The Marcy and Zina Show. November 2009 marked the release of MARCY AND ZINA: The Album on Yellow Sound Label. They are both active members of The Dramatist Guild, and have served as contributing writers to Dramatist magazine.

"Junie B. Jones The Musical Cast Album" was recorded in Nashville under the direction of Grammy-winning, Academy Award-nominated producer Dan Rudin.  Music Theatre International licenses the musical for production worldwide. A 60-minute Broadway Junior musical adaptation perfect for performance by middle school students, will be released in Spring 2017. 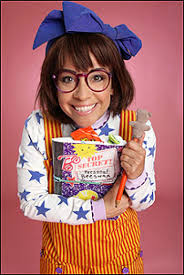 Posted by Storywraps at 9:05 AM

"Celebrate the Lunar New Year" - bookwraps for you 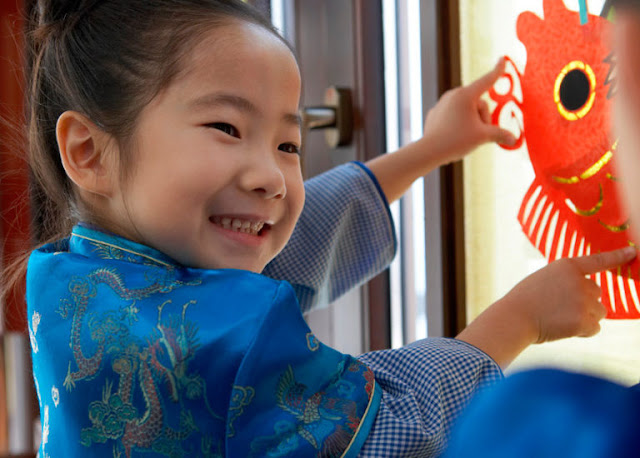