"'Captain' Ian Hummel and the rest of his kid-centric band The Shazzbots are ready for take-off. Since 2008 Hummel and his crew/co-stars have been bringing G-rated rock songs with actual chops to pint-sized fans around the city and beyond."
-- Columbus Alive 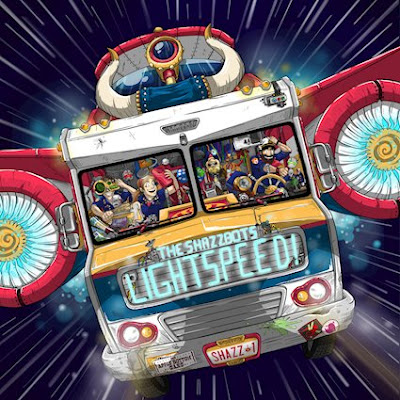 
Available at iTunes, Amazon, and other digital retailers, as well as selected specialty stores in the Columbus, Ohio area, and www.theshazzbots.com


With a lift-off from Columbus, Ohio, The Shazzbots, a triple Emmy Award-winning kindie band, powered by their intergalactic rock 'n roll persona and carrying a payload of irresistible, surefire, supersonic hits, proudly announce the March 1, 2019 launch of their much-anticipated third album, LIGHTSPEED!

Twice voted "Best Band in Columbus" by readers of Columbus Monthly, the interstellar crew members of The Shazzbots include Ian Hummel ("Captain Captain"), Dianne Hummel ("Luna Stardust"), Steve Frye ("Watts Watson"), Mike Heslop ("Navigator Scopes"), and Josh Tully (Professor Swiss Vanderburton"). Traveling the multiverse to play rocking tunes for the entire family, they vow, with every mission, to perform songs that push the boundary between kids' music and adult music, not just to entertain children, but also to inspire their creativity, curiosity, and sense of wonder.

Previous releases by The Shazzbots include the band's triple Emmy Award-winning TV pilot, We're The Shazzbots: Bugs, Bugs, Bugs (2016) and the albums Blast Off! (2012) and Shazzbots GO (2008). 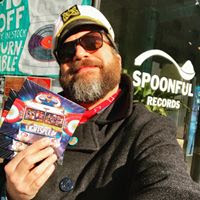 Shazzbots founder Ian Hummel has played in bands continuously since he was a teen, but in 2008, when his friends starting exiting the bar scene and opting for family life, he started to develop The Shazzabots project.  He viewed the children's entertainment  programming available at the time and didn't find anything he felt would strike chords in kids in the same way that the entertainment of his youth had impacted him.  Jim Henson, Fred Rogers, Pee Wee Herman, Schoolhouse Rock, and The Electric Company all treated kids with respect, inspired them to create, explore complex emotions and feelings, and brought meaningful music, art, and fun into their lives. These were Ian's goals in his original concept of The Shazzbots, and they have since become his life's calling.

The three men in the group:  Mike Heslop, bass guitar,  backing vocals; Josh Tully, lead guitar, backing vocals; and Steve Frye, drums, backing vocals have been with Ian for the entire tens years of the band's existence.  Three different ladies have taken their places in the band lineup, starting with Debora Nebula and Aurora Borealis, who each left the band to start their own families. The Shazzbots, firm in their belief that it is important to have a female presence on stage, invited Ian's talented wife, Dianne Hummel, to get on board as Luna Stardust, who deftly handles auxiliary percussion and backing vocals.

Notes Ian Hummel, "We've seen the positive response from young girls who look up to and are inspired by seeing a woman performing as a working musician. This is our way of contributing to a gender inclusive world, and Dianne (a.k.a. Luna) has been doing a fabulous job on The Shazzbots team. Girls in our fanbase admire her to the point of dressing up like her for Halloween! That's the kind of thing that really warms our hearts and shows us that we are on the right track. The band and the characters in it are entities that children connect with and love, and, for us, that's really what it's all about." 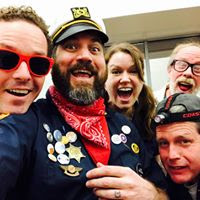 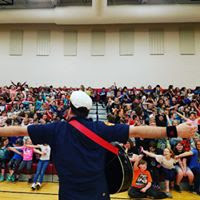