"Happily Ever Now" - a musicwrap

A NEW VOICE FOR FAMILIES

FROM THE HILLS OF VERMONT

Happily Ever Now is Raphael Groten's first musical release for children and families. Released under the pseudonym, G'Raph, this album offers musical adventures and essential childhood lessons from a variety of genres, including folk, blues, soul, rock, funk, reggae/ska, country and world. Self described as Pete Seeger meets the Mothership. Happily Ever Now was composed, arranged, performed, produced and engineered by Raphael Groten in Humming Bird Studio. 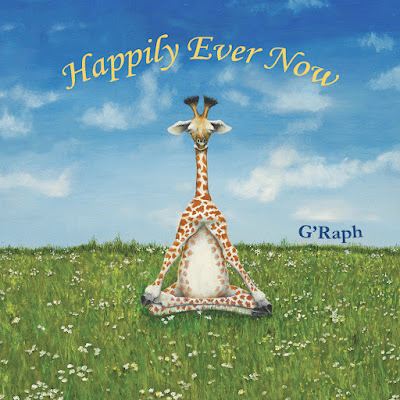 Happily Ever Now will be available at www.raphaelgroten.com, iTunes, Amazon, Apple Music, and wherever music is sold online.

“His music beguiles. He creates spaces into which one falls fully and gratefully. Raphael creates musical worlds that one longs to visit.”

IN HIS OWN WORDS

“Happily Ever Now is the culmination of two decades of working as a music teacher with children from infancy to high school. The songs on this album capture the many lessons to be discovered along the way, including health, humility, peace, silliness and love.” - G'Raph

Happily Ever Now, the first album for children and families from Vermont’s critically acclaimed musician and composer Raphael Groten (a.k.a “G’Raph”), is dedicated to the cultivation of kindness, joy, love, living in the present moment, and the art of having fun NOW! Happily Ever Now will be released on October 1, 2021.

At the root of Raphael Groten’s longstanding vision and two decades of work as a music educator echoes the question, “Why wait for the ultimate line of the story, ‘happily ever after,’ to get happy?’” The time to come alive is now. Happily Ever Now is a musical anthology of the moment, with songs of health, humility, and adventure, along with a grand dose of downright silliness.

Embracing styles that range from folk, blues, soul, and rock, to funk, reggae/ska, country, and world, Happily Ever Now takes the listener on an excursion with a delight around every bend in the road. A highlight is the title track, which celebrates the most important teaching of the album, to be fully present in each moment. In the universal mode of the folk-tale tradition, the lyrics journey from G’Raph’s youth to adulthood and reconstruct the central epiphany of his life – the value of living “Happily Ever Now.”

Some performers use everything but the “kitchen sink,” some even include the kitchen sink, but G’Raph goes even further in his “smooth groove” soul-funk album opener, “Hands in the Water,” when he adds the BATHROOM sink to the mix. G’Raph’s upside-down, inside-out way of looking at life is captured in “I Can Eat a Rainbow,” which bops along with quixotic alacrity and introduces a brave new world of gustatory distinction. In the world of G’Raph, a song like this requires a sonic panorama that includes his plates, silverware, and toaster, along with steel string guitar, cavaquinho, kalimba, bass, djembe, cowbell, shaker, cajón, bells, gong, triangle, zinger toy, and vocal hi-hat.

The gentle lullaby “I Love You Baby,” written for G’Raph’s first son, is also a tip of the G’Raph hat to his love of old-time jazz. Here, he not only retains his childlike sense of wonder, but also uses his childhood wood blocks and baby rattle. “I’m Not pErfect” honors G’Raph’s folk/country music roots and follows the idea of Mozart’s “Musical Joke,” using imperfections like wrong chords and cracked vocal tones that will have listeners of all ages rolling in the aisles while kids learn essential life-lessons about imperfection and humility. 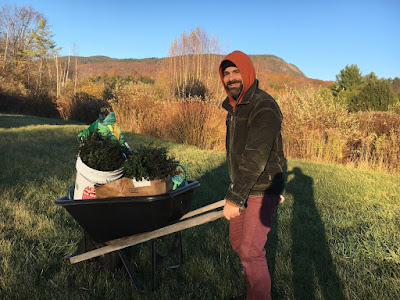 Raphael Groten was born in 1973 into a true music-loving environment. From happy times singing with the family on long car trips, to his father’s harpsichord study, to the ubiquitous presence of multiple guitars during holiday gatherings, there always seemed to be something musical going on. Raphael picked up alto sax when he joined the school band in the 4th grade and tenor sax for grades 7 through 10. He added guitar at age 13, learning basic chords and fingerpicking from his mother and sister. While still in high school, he became immersed in folk music, composing over 100 songs by the end of his freshman year in college, often collaborating with friends on lyrics. Raphael progressed to formal studies at the University of Vermont, where he majored in Philosophy and minored in Music. After graduation, he launched a ten-piece Latin/jazz/funk ensemble, Saudade. The group performed extensively during the late ’90s in Burlington, Vermont, and released two albums of Raphael’s own compositions.

Even as Raphael was experiencing success with his band, something began to stir inside him that summoned him to see what he could do to effect a positive change in the world. In 1993, while taking a holistic health class, he met his first shamanic teacher. She re-entered his life as a healer and teacher in 2002 after his four-month-old son was involved in a near fatal accident. Raphael became increasingly aware of the healing power of sound as he played guitar for his son during his first night in intensive care and the following day, when a therapeutic harpist played for his family. It was in these moments that Raphael was propelled to compose, perform, and eventually record intentional healing music.

Alongside his work with sound healing, Raphael began sharing his love of music. This started as a private guitar teacher and soon included class lessons. For the past two decades he has worked in schools and libraries with children ranging from infants to 8th graders. Inspired by observing the growth of his own boys and by his training in the work of Maria Montessori, Raphael began, in 2004, to compose music for children and families. This first family music release, Happily Ever Now, is a testament to his dedication to consciousness and fun.

Raphael Groten’s previous albums for adults include the highly praised Star Lullaby (2019) and Journey Home (2015), both in the New Age acoustic genre. He will release Potential, an album in the World Groove genre, in September 2021.

###
Storywraps' Thoughts
Excellent music that kids (and adults) will love!  I highly recommend this album.
Follow me at:

Posted by Storywraps at 9:09 AM