Quote of the Day:  "There is no substitute for books in the life of a child."
- May Ellen Chase 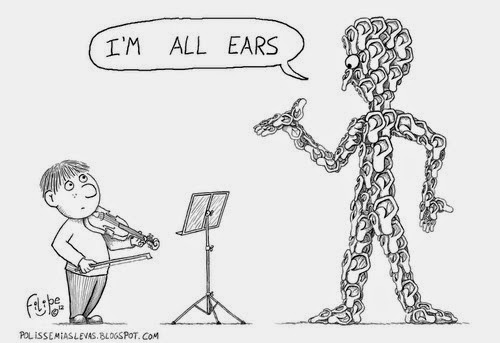 What's on tap for today? 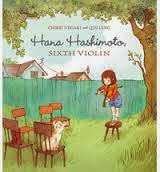 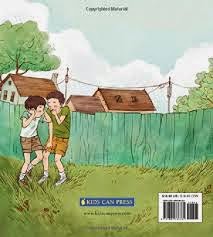 Hana Hashimoto is one determined little girl when it comes to her violin lessons.  After only three, she signs up for the school talent show causing her brothers to laugh hysterically and proclaim she will not bring her talent at all to the show, because she has none.  Now, that's mean isn't it?

Her grandfather, Ojiichan, was a professional violin player in Japan.  He played beautifully for the siblings when they had gone to visit him last summer.  Hana was so enamoured with his skill she decided that she too would take up playing the violin and make melodious music too.  He was so talented that he could play not only classical pieces, but also sounds imitating nature and even entertain fireflies, encouraging them to dance.  She would practice diligently, perched on a chair before her faithful dog and a photo of her grandfather as her adoring audience.  Can she succeed?  Can she display her familial talent before the whole school?  You will be surprised what one little ambitious, and strongly motivated girl can accomplish if she sets her mind to it.

Leng's charming illustrations draw the reader in.  The vignettes are drawn with pencil and digitally coloured in with lots of detail that are pleasing to the eye.  I love how she portrayed Hana, worrying and waiting to take her turn on a huge stage...waiting with "a walloping heart."  This gem of a book will resonate with kids who experience those pre-performance jitters and give hope to those who are willing to step forward, with courage, and display their talents before an audience whether it be big or small.  I am sure you will enjoy this book as much as I did. 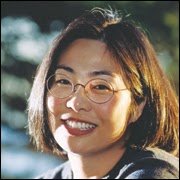 Chieri Uegaki is a second-generation Japanese-Canadian who began her writing career at age seven, publishing her family newspaper, The Pender Street Times. Years later, she honed her skills in the University of British Columbia’s Creative Writing program. Her first picture book, Suki’s Kimono, was a 2000 finalist in the Writers’ Union of Canada’s Writing for Children competition and was inspired by her relationship with her grandmother. Chieri’s latest picture book, Rosie and Buttercup, finds her once again pairing with illustrator Stéphane Jorisch. She lives in Sechelt on British Columbia’s Sunshine Coast.
About the illustrator:  Qu

Qin Leng was born in Shanghai, and lived in France and Montreal. She now lives and works as a designer and illustrator in Toronto. Her father, an artist himself, was a great influence on her. She grew up surrounded by paintings, and it became a second nature for her to express herself through art. She graduated from The Mel Hoppenheim School of Cinema and has received many awards for her animated short films and artwork. Qin Leng always loved to illustrate the innocence of children and has developed a passion for children’s books. She has published numerous picture books in Canada, the United Kingdom, the United States, France, Sweden, Hong Kong, and South Korea for publishers such as Inhabit Media, Second Story Press, Annick Press, Kids Can Press, GroundWood Books, CHIRP Magazine, Simply Read Books, Kids Can Press, Usborne, Mathew Price, Gallimard Jeunesse, Elephant Community Press, and Dominique et Compagnie. She has also illustrated for Save the Children
and UNICEF.

Read on and read always!  May your be awesome!!!

Posted by Storywraps at 9:15 AM