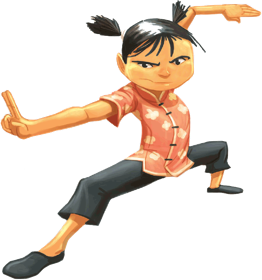 
Quote of the day:

"Reading should not be presented to children as a chore or duty.  It should be offered to them as a precious gift."
- Kate DiCamello

A little peek inside at those fantastic illustrations! 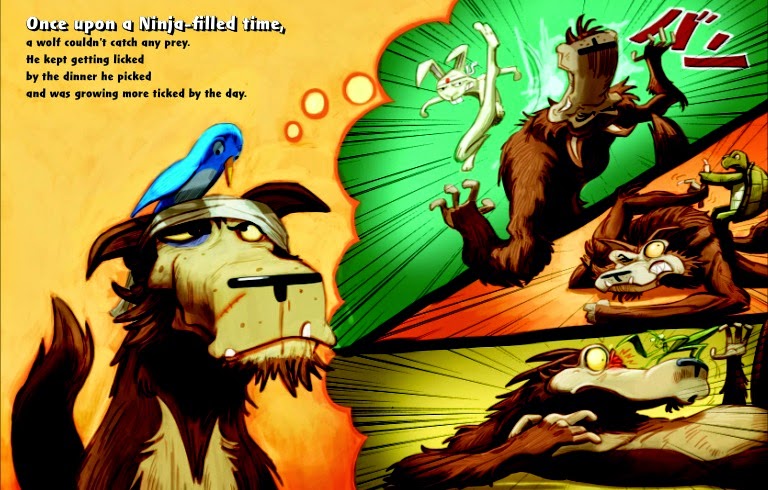 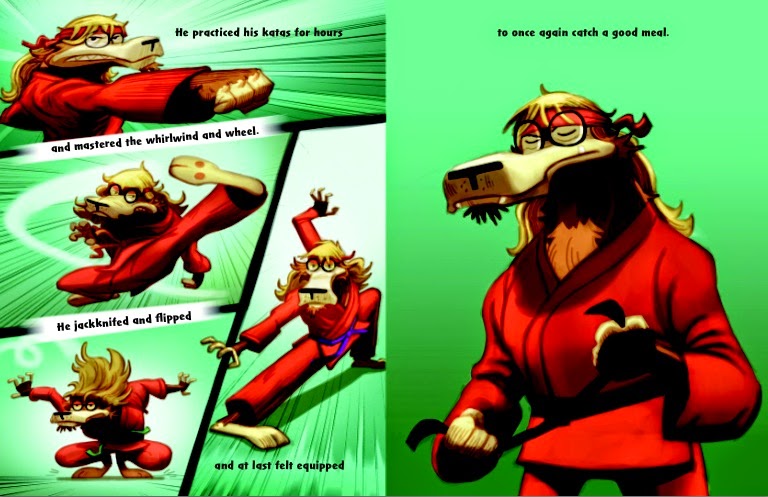 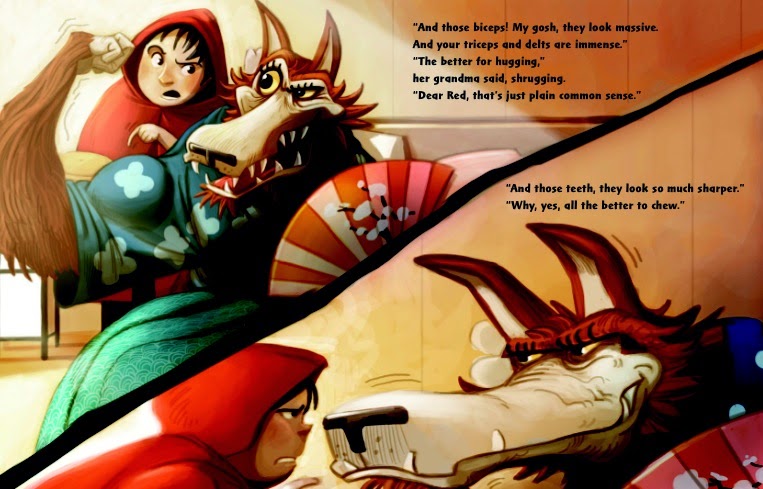 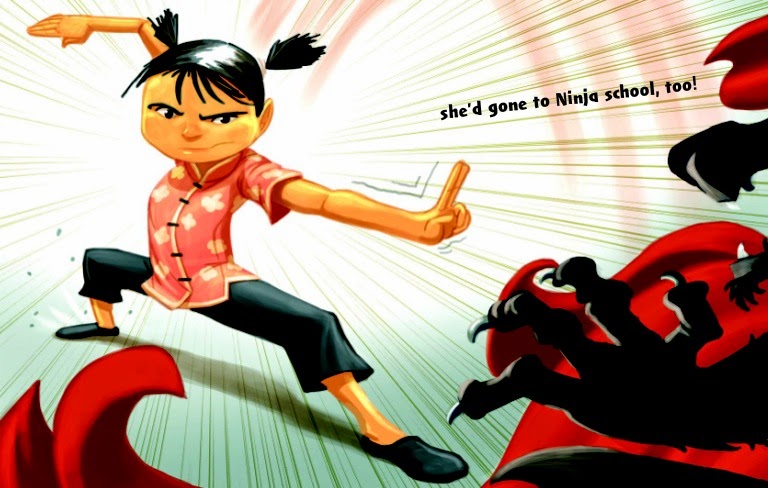 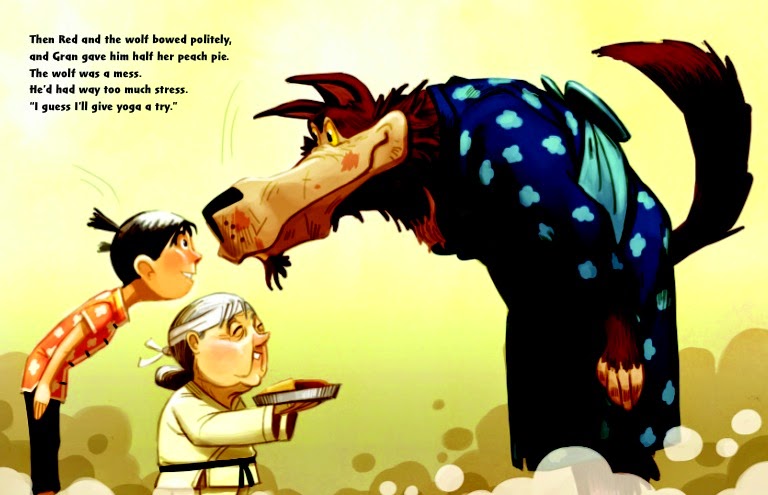 A different kind of review this morning....I got inspired by this great rhyming book .....

Poor Mr. Wolf's not having much fun,
He can't catch his dinner
His tactics are done.
He needs to bone up
Huff and puff just won't do
He trains and grows stronger
Builds confidence too.

Finally he's ready to be put to the test.
His stomach is growling
He'll go do his best.
He meets Little Red, they have an encounter
She says she has treats
For her dear, old Grandmother.

The Wolf smacks his lips and comes up with a plan
I know, he schemes, I'll pretend that I'm Gran.
The Wolf borrows her clothes and with a sly grin
He waits and he waits to let Little Red in.....
A perfect disguise to trick Little Red
Who finally comes knocking
"Hello Gran," she said.

One look tells Red that something is wrong,
Gran's eyes are too big and her ears are too long.
Her muscles are huge and her teeth way too scary
That couldn't be be Gran, why her face is so hairy!
The Wolf makes a jump to gobble up Red
But what a surprise the Wolf gets instead!

You see Little Red knows how to fight
Her Ninja school training
Gives Wolf quite a fright.
Then in through the door
Comes Gran in her gi,
She looks quite disheveled
From her class in tai chi.
Red kicks and she chops,
And she beats the Wolf good
Gran is so proud of her Red Riding Hood.

They persuade the old Wolf to give up his red meat
And chuck it he does because of defeat.
He decides then and there to give Yoga a shot
Less tension and stress, thinks he'll like it a lot.
But will he hang in and man up to his word?
Can Wolf change his ways or is it absurd?
The book gives the answer, read it and see
I'll not divulge it ... how mean of me!

One thing I know without any doubt
This book is a hit go ahead, check it out.
The pictures are brilliant and done with a flare
The colours are vibrant, shouting let's share!
The text and the pictures fit like a glove
You'll laugh and you'll cheer
It's a story you'll love.

Corey is the author of HOP! PLOP! (Walker, 2006), THE THREE NINJA PIGS (Putnam, 2012) GOLDI ROCKS AND THE THREE BEARS (Putnam, 2014) and NINJA RED RIDING HOOD (Putnam, 2014). Corey has no formal ninja training, but she sure can kick butt in Scrabble. She lives with three Knuckleheads in Warren, NJ. 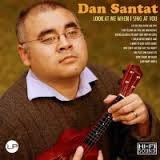 Read on and read always!   Enjoy your day and see you back here Monday!