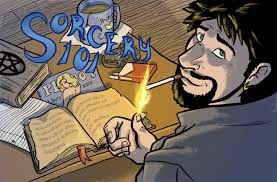 "Every book is judged by its cover until it is read."  -Agatha Swanburne 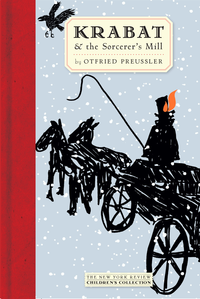 *  "In Preussler's masterpiece, the terror is real, the love sweet, and the suspense twisted tight."
- J. Alison James

*  One of Cornelia Funke's favourite books as a child

This great book is focused around the character of Krabat.  He is a fourteen-year old beggar boy, who after New Year's Eve is over and the Twelvth Night is approaching, finds himself dressed up as one of the Three Kings, travelling from village to village singing carols.   One night he has the strangest dream.  In it he hears a faraway voice beckoning him to a long-forgotten, mysterious mill.  When he wakes up he finds he is compelled by some unseen force to seek it out.  On his arrival he discovers eleven other boys imprisoned there under the power of an evil Master who practises the Black Arts and has the boys entangled in his sorcery so they are unable to escape and be free.

The boys are worked unmercifully in the grain mill and although given enough food are completely under the spell of this one-eyed madman.  That one eye keeps a very close watch on the boys and their activities so no one can escape from him or do him evil.  On Friday nights he calls the boys together, turns them into black ravens and perches them around him in the room.  He then instructs them out of his book of necromancy, which no one but he is allowed to touch.

Can Krabat find a way to escape and get his life back once again or is he doomed to be a pawn for the evil Master forever?  Is there hope for him and the other boys?  One day  he hears the church bells tolling and the sound of a girl's voice singing an Easter hymn with such clarity and purity that his soul is awakened. He seeks her out and together with the help of his friends and the girl find a way to set a plan in motion to defeat the wicked Master and finally be released from his evil hold on them. 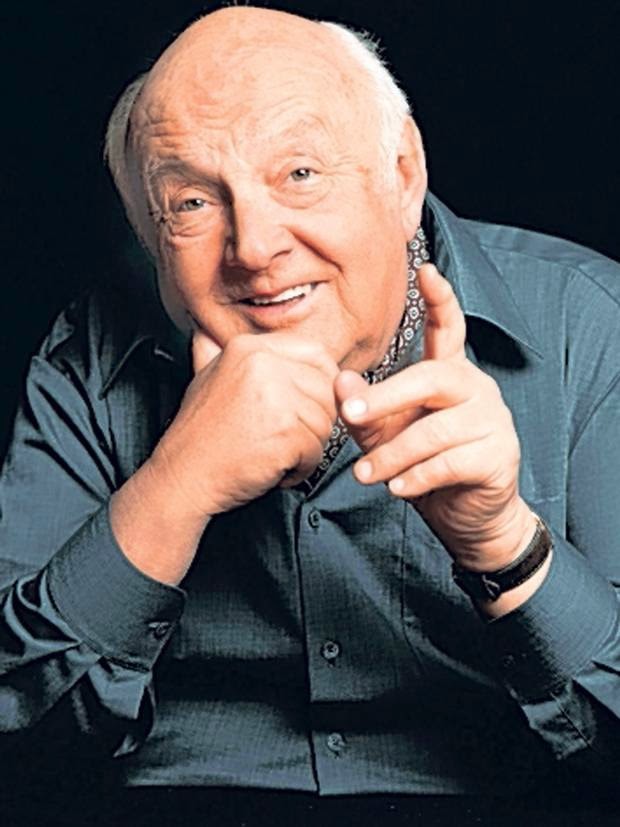 Otfried Preussler was a bestselling children's author who sold more than 50 million books and was translated into 55 languages. He is probably best known for Krabat, or The Satanic Mill, which told the story of a boy in 17th-century Germany who desperately wants to escape from a school for black magic, where he is held captive by demonic forces.

Preussler was born in Reichenberg, Bohemia into a family which traced its roots back to the 15th century. They had been part of the local glass-making industry. His parents, were, however, schoolteachers. Settled by German and Flemish migrants in the 14th century, Reichenberg was home to a thriving textile industry and was known as the "Manchester" of Bohemia, boasting a spectacular collection of late 19th century buildings, the town hall, the opera house, and the Bohemian Museum among them, which all impressed the young Preussler.
As Preussler was growing up his home town was a place of turbulence. Until 1918 it was part of Austria and was then incorporated by force into Czechoslovakia. The majority of the inhabitants were Germans and there were Czechs, Jews and Hungarians as well. Preussler was 15 when, under the Munich Agreement, it was transferred to Nazi Germany. The synagogue was burned down; some inhabitants fled.
Preussler always paid tribute to the storytelling skills of his grandmother Dora, which, he said, inspired him in his calling. He described his childhood as "a wonderfully carefree time", but it was soon to change. He graduated from grammar school in 1942, but instead of going to university was called up for the German army. He served on the Eastern Front, and was promoted to lieutenant before being captured in Romania in 1944.
Five years in Soviet prison camps in the far away Soviet Tatar Republic followed. Part of that time was spent in Jelabuga, 960 kilometres east of Moscow, alongside other officers, both German and Italian. He suffered from typhus and malaria, his weight dropping to 40kg.
After being listed as missing for years, Preussler was repatriated in June 1949, with 150,000 others. He was lucky to find his relatives – who had been expelled along with other German inhabitants of Reichenberg – in the Bavarian town of Rosenheim. His fiancée, Annelies Kind, was also there. The couple lost no more time and married that year. Eventually they had three daughters
Preussler followed his parents into teaching, after working as a reporter for a local newspaper and writing stories for children's radio programmes. In 1953 he began teaching and stayed in the service until 1970, retiring as school principal in Rosenheim.
After being turned down by several publishers Preussler had his Der Kleine Wassermann [The Little Water Sprite] published in 1956. It is about a sprite who goes on adventures and sometimes gets himself into trouble. It was followed the next year by the prize-winning, Die Kleine Hexe [The Little Witch]. This is a story of a "young" witch, who is actually 127 years old. She has to prove that she's a good witch in order to join the Coven and its midnight celebrations. Because of a misunderstanding she begins to do good and punish those who make others suffer.
Among his other best-known works are Der Räuber Hotzenplotz (The Robber Hotzenplotz, 1963), a classic tale of good and evil, in which the hero, Kasperl, saves the day with the aid of his friends against the eponymous thief. This book, together with Das Kleine Gespenst (The Little Ghost, 1966) and Krabat, are regarded by many as his best works. Krabat was named as the Most Notable Book of 1973 by the American Library Association, and also received awards in Poland and the Netherlands. All three books were translated into English, and several of his stories were made into films.
Preussler wrote also about his years as a prisoner of war, though his reminiscences were only published posthumously. In 2006 his wife died, after which Preussler withdrew from public life to live in a care home in Prien on Lake Chiemsee in Upper Bavaria. In 2009 two of his daughters published a tribute to Preussler, Ich bin ein Geschichtenerzähler [I am a Storyteller].
Otfried Preussler, schoolteacher and author: born Reichenberg, Czechoslovakia 20 October 1923; married Anneliese Kind (died 2006; three daughters); died Prien, Germany 18 February 2013.

Read on and read always!  May your day be awesome.
Posted by Storywraps at 8:41 AM