National Winnie the Pooh Day on January 18th commemorates author A.A. Milne’s birthday in 1882. He brought the adorable, honey-loving bear to life in his stories, which also featured his son, Christopher Robin.  Milne’s lovable Pooh Bear, as he was fondly called, is a fictional bear inspired by a black bear named Winnie. Winnie lived at the London Zoo during World War I. The author’s son, Christopher Robin, would visit the bear often and named his own teddy bear after her and a swan named Pooh.

This friendship inspired a collection of books starting with Winnie-the-Pooh in 1926. E.H. Shepard beautifully illustrated the books.


Their adventures took them and millions of children through the Hundred Acre Woods. Each character played a unique role in the books. Whether the wisdom of Owl or Rabbit lead the group awry or a celebration ensued, the stories characters became beloved around the world.

In the 1960s, Disney bought the rights to the Winnie-the-Pooh characters dropping the hyphen from Pooh’s name. The illustrations were a bit different, too.

Milne’s stories have been translated into over 50 languages and are considered classic children’s stories today.


Quotes by Winnie the Pooh 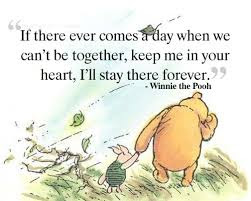 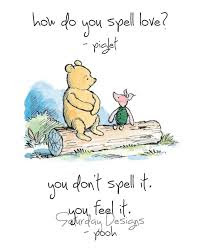 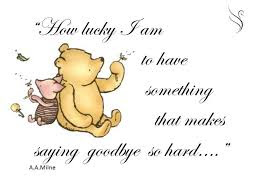 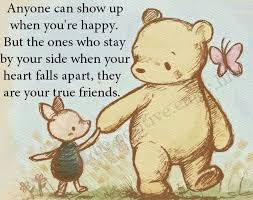 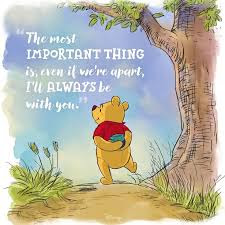 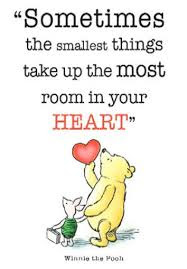 
Think of how you can describe the characters' personalities 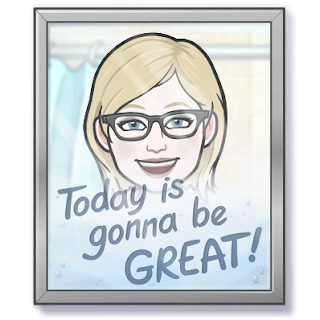 Happy "Winnie the Pooh Day" everyone!  Check out all the Pooh books that are available and be sure you include some of those classics in your child's private book collection.  They are quality and perfect to share at bedtime... or anytime really.  Thank you for visiting me here on Storywraps.  I shall return on Monday with more reviews of great picture books for your children (and you ) to enjoy.  Remember that YOU are always welcome on Storywraps blog.

I also have added a new button... ko-fi.com/storywraps Simply buy me a cup of coffee if you would rather.  That would be fun.  Coffee and blogging go together like two peas in a pod as I'm always brewing up something here on Storywraps.
I thank you in advance for your support.  I adore what I do and would appreciate any amount that you may give so that I can make our Storywraps' community more thriving and exciting.  Thanks a million!  Books bind us together.

Posted by Storywraps at 8:45 AM