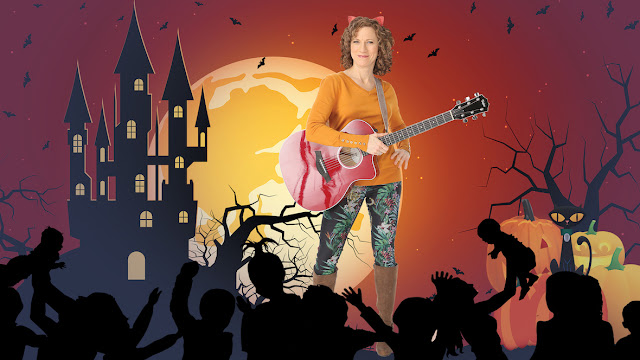 Laurie Berkner will give two live, virtual Halloween shows for families on Oct. 31.

"Out of an abundance of caution to protect my fans and their families, I have made the difficult decision to cancel the rest of my 2021 in-person concerts. So, I am bringing my livestreams back! I’m so excited to be able to have a Halloween Concert this year that anyone can attend - and that keeps all of my fans safe," says Laurie Berkner. "It will be filled with extra on-screen Halloween magic and even a brand new Halloween song. I can’t wait to get back to joining families in their homes to sing and celebrate together!”

GET SET FOR AN UN-BOO-LIEVABLY FUN TIME

For kids who are all dressed up with nowhere to ghost, Laurie's shows will give the season of costumes, candy, and jack-o'-lanterns a real "BOO-st." Laurie hopes families will join her in displaying their pumpkins, putting up their Halloween decorations, and getting decked out in their Halloween costume finery.

The Laurie Berkner Band's bass player, Brady Rymer, will be a special guest at this show, and other band members will also pop by.

Fans of all ages should plan to grab their superhero capes, their instruments (or noisemakers), their dancin' shoes, and a stuffed animal (for their heads)! Halloweeny stuffed animals like cats, bats, owls, or even friendly monsters would be great for kids to bring to this show.

Laurie will treat little tricksters to her brand new Halloween song, "I Picked One Pumpkin." She'll have everyone singing along to "What Am I Gonna Be (for Halloween)?," "The Superhero Mask Song," "Monster Boogie," "The Cat Came Back," and "Choc-o-lot In My Pock-o-lot." Laurie will also sing an array of fan favorites like "Victor Vito," "Chipmunk at the Gas Pump," "The Goldfish," "Moon Moon Moon," and "Pig On Her Head.”

Laurie Berkner's virtual family concerts are full-length, visually-enriched, interactive experiences, so kids might see images of marching dinosaurs during "We Are The Dinosaurs" or pumpkins in a pumpkin patch during "I Picked One Pumpkin." Kids and grownups alike are encouraged to share their thoughts and ideas with Laurie in a live chat throughout the show.

A fun-filled virtual lobby will feature pre-show music and videos and a Halloween game. For those who'd like to spend a few minutes chatting one-on-one with Laurie after the show, special Meet-and-Greet tickets are available. 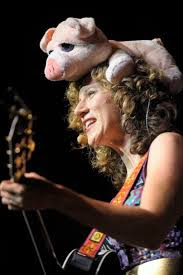 One of the most popular children’s entertainers in the U.S., Laurie Berkner has filled countless venues nationwide with adoring fans. With an average of more than 16 million monthly streams and millions of albums, songs, and DVDs sold, Laurie’s songs have become beloved classics for children worldwide. The first artist to ever appear in music videos on Nick Jr., Laurie Berkner was featured in nearly all the episodes of the channel's Jack's Big Music Show. Laurie recently created her own Audible Original Series titled Laurie Berkner's Song and Story Kitchen and is currently in production on a second season. She has released fourteen bestselling, award-winning albums and has authored a number of picture books based on her songs. She has also written the music and lyrics for three Off-Broadway children's musicals produced by New York City Children’s Theater. Laurie has performed at Lincoln Center, Carnegie Hall, and the White House, among many other prestigious venues.

Laurie Berkner has received tremendous critical acclaim. USA Today named Laurie "the undisputed queen of kindie rock." Time Magazine lauded Laurie as "a kind of sippy-cup Sheryl Crow ... Berkner inhabits a kid's curious perspective in her lyrics and pens folk-pop melodies that bear repeated -- very repeated -- listenings." The Wall Street Journal called Laurie "one of the most popular children's performers in America ... her music is distinctive because it speaks to kids without talking down to them, charming youngsters without boring grown-ups." NPR's All Things Considered declared, "Laurie Berkner is like a goddess to these children."

* Each Regular Family Ticket includes access to one or both livestreams for one device and an exclusive "welcome" video from Laurie herself.

Posted by Storywraps at 7:56 AM