"The Wrong Rock" - a bookwrap

"The Wrong Rock " is a tale of equality told through the adventure of a mushroom. 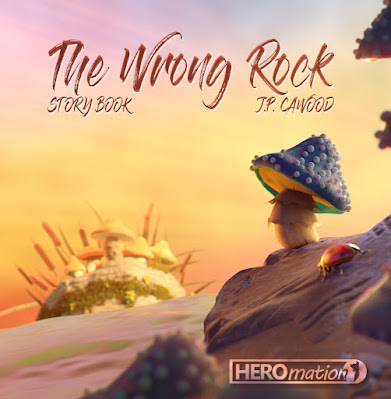 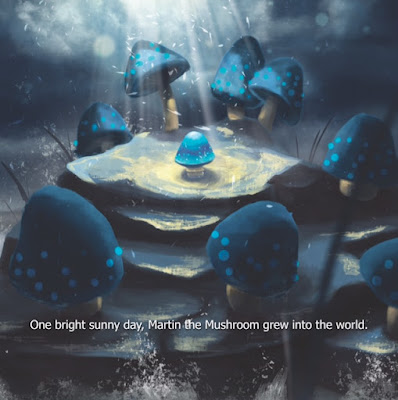 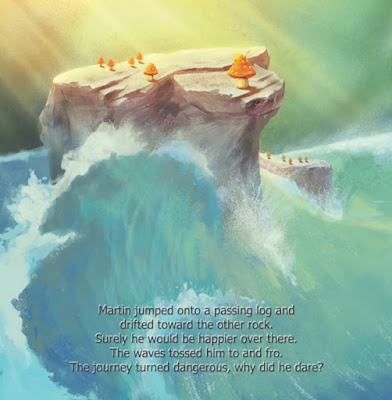 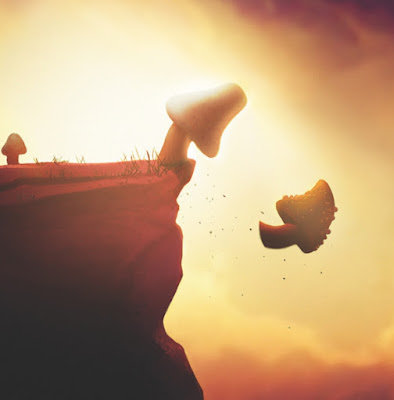 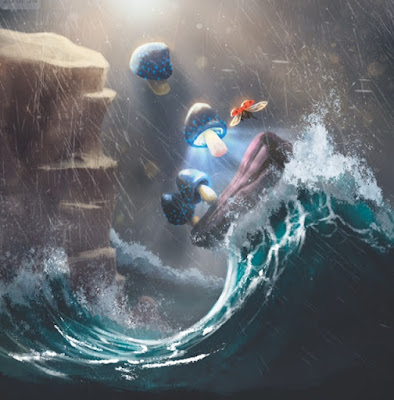 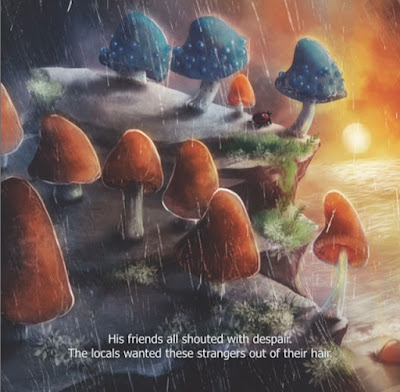 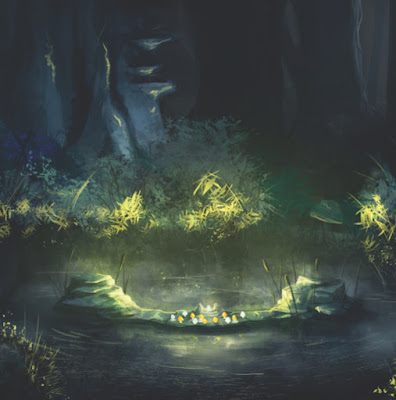 I never ever thought that I could get so emotionally involved with an adorable little blue mushroom named Martin and feel so much empathy towards him... but I did!  Martin feels that he is born on the wrong rock and undertakes a dangerous adventure to find out the real place where he belongs.

The little mushroom becomes aware of another group of mushrooms on an adjacent rock.  They don't look at all like him physically but they are energetic and spirited and he immediately identities with their behaviour and love of life.  Martin decides in his heart to embark on an heroic journey across the sea to join up with them.  When he arrives at his destination the local mushrooms reject him.  He looks strange and different so they push him away.  In their eyes Martin is a misfit so  therefore he can't live among them.  Poor sad Martin. Does their insensitive attitudes deter Martin from pursuing his dream of belonging? No way.  With brute determination he, along with some supportive mushrooms from his community, forge ahead one more time to visit that forbidden rock.  Will he finally succeed at being accepted?

This touching story with its gorgeous illustrations pulls at your heartstrings teaching the reader a very important life lesson. The book is comprised of 34 pages of stunning full-colour illustrations that are based on artwork from the short film of the same name.  If you have time please go to YouTube and watch the film.  I know you will love it.  "THE WRONG ROCK" won best animated short film at Burbank & Davis International Festivals, and qualifies for the Oscar's Best Animated Short.   It's a story of adventure, acceptance,  undaunted bravery and over-the-moon victory.  It's a celebration of living together in community and accepting one another differences.  The bottom line is... we all are living on the very same rock.

"This universal tale symbolizes the true unity of the human race.  Despite racism, sexism, and every other form of bigotry, we are all on this rock together."

It's a relevant, timely book that not only should be shared in homes but included in classrooms and school libraries.  I highly, highly recommend " THE WRONG ROCK!" Both young and old will love the positive inspiring message it delivers. 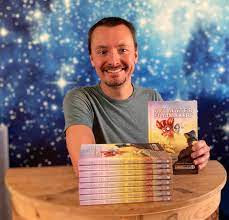 Director Michael Cawood has worked in animation for over 20 years. His previous short film Devils, Angels & Dating has over 17 million views online. He’s worked at Dreamworks Animation, Warner Animation Group, and recently served as Previs/Postvis Supervisor on Bumblebee and The Mummy with Tom Cruise. Some additional credits include Dawn of the Planet of the Apes, Pete’s Dragon, Happy Feet, Pirates of the Caribbean 5, Night at the Museum 3, Furious 7, the new Ghostbusters, Star Trek Beyond, and the video games Starfox Adventures, Kameo, Megaman, Call of Duty, and Skylanders. He’s the perfect person to tell this story because he feels like he was born on the wrong rock. He worked tirelessly for years to get to work in America. 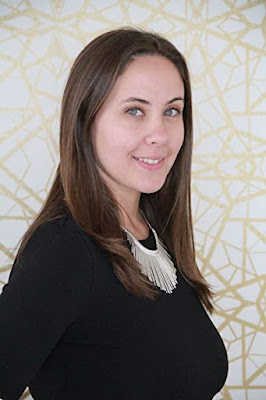 Julie Pifher is an award-winning filmmaker and author. She’s premiered three short documentaries at the Cannes International Film Festival, one of which won Best in Short Documentary. Julie has developed and sold television series and pilots to a variety of networks; Syfy, Investigation Discovery, Pivot/ Participant, History Channel, and Destination America, among others. Most notably, she created TLC's hit show My Giant Life which ran for three seasons, and Born Behind Bars for A&E Network. As Vice President of Film & TV for AfterShock Comics, she's adapted comic books optioned by Legendary, Fox, Hulu, and Universal.

Posted by Storywraps at 6:21 PM