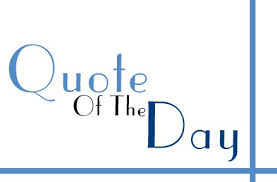 "The mere brute pleasure of reading - the sort of pleasure a cow must have in grazing."

What in the world is Junket?

Junket is a milk-based dessert, made with sweetened milk and rennet, the digestive enzyme which curdles milk.  It might best be described as a custard or a very soft, sweetened cheese.  To make junket, milk (usually with sugar and vanilla added) is heated to body temperature and the rennet, which has been dissolved in water, is mixed in to cause the milk to "set".  The dessert is chilled prior to serving. Junket is often served with a sprinkle of cinnamon or nutmeg on top. For most of the 20th century in the eastern U.S., junket was often a preferred food for ill children, mostly due to its sweetness and ease of digestion.  The "Junket' brand was introduced in 1886 and Rennet tablets were the first product to be sold under the Junket brand name.  Junket actually means "milk with rennet" and thus is the inspiration for the brand name.  The tablets were designed for household use for making cheese and other diary products.  in medieval ties, junket had been a food of the nobility made with cream, not milk, and flavoured with rosewater and spices as well as sugar. It started to fall from favour during the Tudor era, being replaced by syllabubs on fashionable banqueting tables and, by the 18th century, had become an everyday food sold in the streets.  Kellogg acquired Junket in 1973 and in 1988 sold it to Redco Foods.  Learn more at www .junketdesserts.com

All about the book: 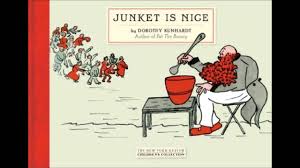 This great classic book was first published in 1933, and is being brought back into print by The New York Review Children's Collection.   This is Dorothy Kunhardt's debut book and tomorrow I am going to review her second book, "Now Open the Box."  She is best known for the book ,"Pat the Bunny', a book she wrote from her daughter Edith.

An old man, with red slippers and flowing, flaming red beard is sitting in the middle of nowhere eating junket out of huge red bowl. He eats and eats and eats and people take note.  They start coming to watch this man eat an unlimited amount of the dessert.  The crowd comes by the droves, they come by the millions, until the whole world is watching him down this delicacy.  He challenges the mob to guess what he possibly could be thinking as he is munching away.  He gives them three clues as to what he is NOT thinking and then sets them free to explore their imaginations and try to guess what the answer might be to that riddle that he posed.

A little boy on a tricycle pedals innocently up to the man and only he alone knows the answer to that question.  The crowd gives such answers as : "a daddy-long-legs holding up his foot for the sun to warm it."  WRONG!  "A bear climbing a ladder because his toenails are too long for walking on the ground."  WRONG!  or my most favourite...."A a hippopotamus with all the lights turned out laughing at how hard it is to see the other people on the sofa."  WRONG!

Kids will love the nonsensical creativity and laugh-out-loud silliness that this books brings to them.  I particularly like the text.  It is printed using run on sentences and supposedly was written by Kunhardt's brother.  This script makes the book unique and gives the child a sense of familiarity as he could have penned the story himself.  This beautiful book emanates the kind of imagination that inspires children and ignites conversations and answers to their questions. 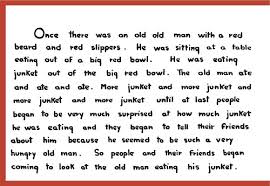 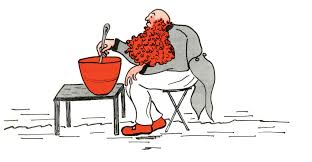 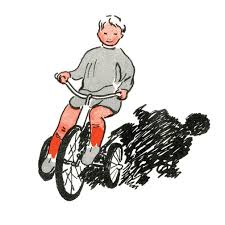 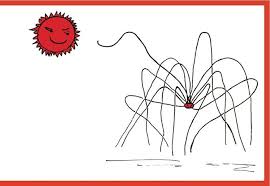 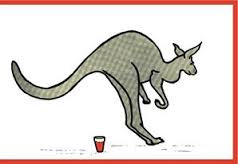 
What People Said About "Junket is Nice:"

"A rare book of irresistible nonsense  .... The New York Times

"A nonsense picture book with a guessing element in it and the repetition children love."
- Kirkus Review

"...noble nonsense that, like Lear's, could be at once ridiculous and poignant."
- Barbara Bader, American Picture Books


Read on and read always!
Posted by Storywraps at 10:55 AM