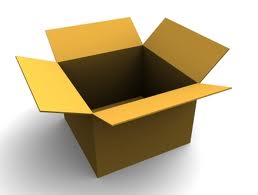 Quote of the day:   "There are worse crimes than burning books.       One of them is not reading them. "
~Joseph Brodsky

Today I am going to review another one of the Dorothy Kunhardt's books for you from the New York Review Children's Collection.  It was first published in 1934. Enjoy.

"Once there was a circus man who wore a tall red hat and he had a very wonderful circus. And every day he would stand in front of his big red circus tent holding a very small box.  Now what could be in that little, tiny box?  When the circus man opens the box, all the people who ran, skipped, and hopped up to the circus man saw for themselves "the teeniest weeniest teeny teeny weeny weeny little dog in all the world."

The teeniest, tiniest little dog was named Peewee.  Now Peewee the dog is not very talented.  He doesn't know any tricks, "not a single one not even how to roll over and not even how to shake hands but never mind he is so teeny weeny that everybody loves him."   His adoring fans from the circus troupe includes the clown, the fat lady, the thin man, the huge tall giant, the strong baby, the acrobats, the elephants, and well, everybody!

But something is about to happen to Peewee that will change his life forever and his beloved career as the prima circus dog.  Kunhardt's simplistic, bold pictures captures a child's imagination and her words reassure the reader that indeed little Peewee will not be cast out out of his circus home but will come back into the fold even stronger and more loved.

I love the fact that these beautiful classic books are once again being resurrected so a whole new generation of readers can laugh and enjoy these timeless books. 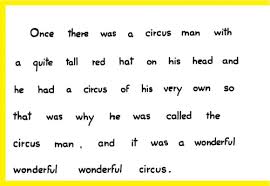 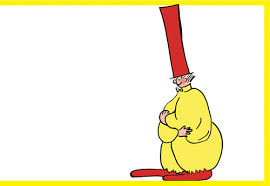 Read on and read always!   Have an excellent day!
Posted by Storywraps at 9:23 AM