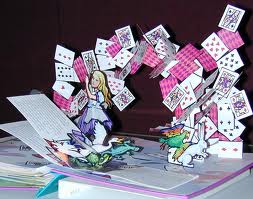 Quote of the day!   "The love of learning, the sequestered nooks,
And all the sweet serenity of books."
~Henry Wadsworth Longfellow

There is no question about it - pop up books get your child's attention!  There are tabs to pull, wheels to whirl, and giant structures, animals, and people that pop right off the page and at you.  The 3-dimentional wonders immediately engage your child in the book and the reading process begins.  The problem?  Once the magic of the unfolding wears off you have to keep your child's attention on the words and storyline.

What is the definition of the pop-up book?  A book (usually for children) that contains one or more pages such that a three-dimensional structure rises up when a page is opened.

Kids don't love all the DVD's loaded with the latest special effects or all the newest computer games that are on the market so neither will they love or respect all the moveable books that are available to them.  Some critics even go as far as to say these pop-up books are not even true books but "toy books" and should not be taken seriously.

Moveable children's books have been in existence since the 1700's and originally were made for adults.   As the years advanced so have the intricacy and wonder of these books.  In my humble opinion pop-up books are pure magic and the paper engineering that go into them is short of brilliant.  These books capture the delight of reading intuitively and viscerally.  They are a wonderful way to teach your child how to appreciate and respect books because on one hand, the unfurling of the items bring forth gasps of delight, and on the other, the delicacy of the process and product makes your child handle each page with the utmost care and concern.  I will weave these gems in and out of my blogs so you can expose your child to some of the best moveable books available today. 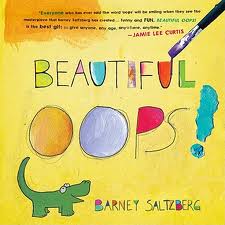 Man, where was this book when I was growing up  The perfect life lesson....it's o.k. to make a mistake.   Bring them on. Let's turn that mistake into an opportunity to be uber creative and explore all the possibilities where we can turn that blunder into a brand new discovery.  A spill on your clean, white sheet of paper can be morphed into a wild, crazy animal and an accidental tear in your paper can be turned into the mouth of a roaring alligator. The possibilities are endless if you just let your imagination run wild and follow through with your ideas.

Barney Saltzberg designed this interactive book to show young readers how to react in a positive and fun way when you make a mistake. (and we all make them)  The book is imaginative, creative and has a wonderful message to pass along.  "Beautiful  Oops!' is filled with the best in paper engineering techniques.  These pop-ups, lift-the-flaps, tears, holes etc. give you a bird's eye view of how to transform a blooper into a magnificent work of art.   Saltzberg gives you permission to relax, not worry, and turn that oops into something you can be proud of and celebrate.   So go ahead, step out, take a chance, take a risk and remind yourself that everything you make or design, using your imagination, can become beautiful and have value in the art world.

This book is perfect for pre-schoolers (and adults alike), and comes in the form of a board book.  Mistakes are imminent,  heck, everyone makes them.  This book inspires us to re-focus and re-define our mistakes so we can once again turn them into something beautiful. 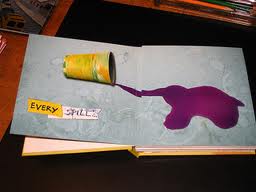 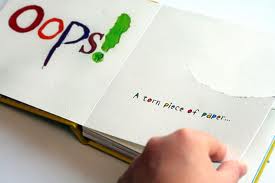 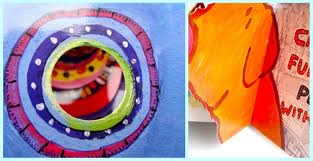 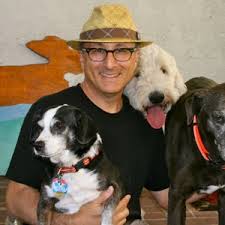 I was born in Los Angeles, California on April 30. It was raining so hard that my brother told my sister he hoped our parents would name me Stormy. When I was eight, I dreamed of being like John Lennon who was a member of the Beatles. (That's a rock group not a bug!) I started playing the guitar but my teacher suggested I try another instrument. "You'll never be a guitar player!" he said. As hard as it was, I was determined to learn, so I kept practicing. At my sixth grade graduation I sang the first song I ever wrote, "We're Four Black Knights." It was about a dragon who ran off with a princess, only to have his head cut off by the four black knights! It was a start! John Lennon also drew funny little cartoons and I was inspired to start drawing as well. My mother liked to paint pictures and she bought me drawing pads. I wanted coloring books, but my mother didn't want me to have to color in someone else's art, she wanted me to create my own. I began to cover the pages with little characters I had invented. I even drew all over my lunch bag every morning before I went off to school.
I went on to study art at Sonoma State College in Northern California. I remember one of my teachers saying, "Barney has the ability to draw like a child!" I was so embarrassed I wanted to crawl under the table. I had a very young, naive style and all the other students had been trained to draw realistically. It took a while for me to realize that being different is a good thing.
I moved back to Los Angeles in the late 1970's and took a class at Otis/Parsons in children's book writing and illustration. The teacher, Barbara Bottner was terrific! She gave assignments that pulled stories out of me that I never knew were there.
The first month of the class was awful. Writing and illustrating was much harder than I imagined it would be. Then one day I came to class with a drawing of a boy asleep in bed. There was a man in his room playing the violin and a dog howling at the moon. My teacher said, "Tell me the story of this drawing." As I spoke, she wrote down the words and that became my first published children's book, It Must Have Been the Wind. I have now published close to thirty books.
On any given day, I carry around a sketchbook. I draw while waiting for a dentist appointment or picking up kids' after school carpool. I'm constantly doodling and writing things down. For the past year I've been working on my Hip & Hop stories. The drawing pad has become a great place to see my characters come to life. I might draw a little picture of Hip or Hop and the look on their face or the body language can suggest an emotion or an attitude that might not have occurred to me from just the writing alone. Other times, I will write down ideas, dialogues or monologues that may or may not get used in the book. This is all part of the process of shaping who these characters are and it's helpful for when I sit down at my computer to write."
In addition to writing and illustrating children's books I have recorded two albums for children. Where, Oh, Where's My Underwear?, and most recently, The Soccer Mom From Outer Space! (Based on my book of the same title.) My songs have been recorded by Shari Lewis for Charlie Horse Music Pizza. I have also written and produced songs for the PBS show, Arthur. I love to sing with children of all ages. It's a wonderful change from sitting alone at my computer or my drawing table.
Whether I'm writing, illustrating, recording a song or traveling to a school to talk to students, I love waking up in the morning and diving in. I never know where the creative process will take me! It's always a magical journey. 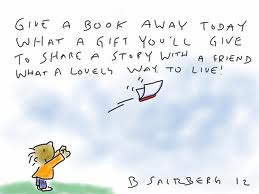