Living without the One You Cannot Live Without - a book review 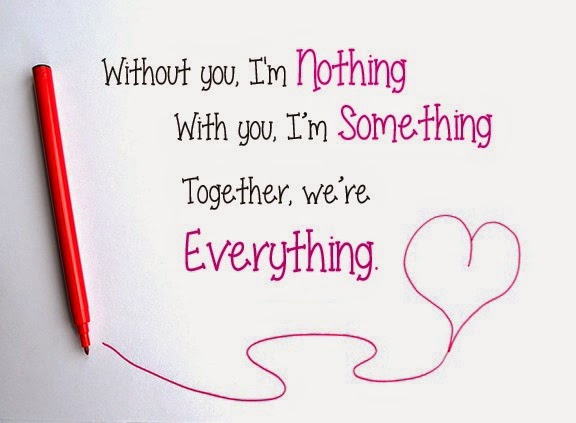 First off let me give you the answer to yesterday's book:  "Peter Pan by J. M. Barrie" 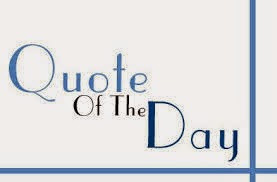 "If you live to be a hundred then I want to live to be one hundred minus one day, so I never have to live without you."
- A. A. Milne 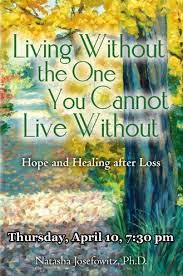 Title:  Living Without the One You Cannot Live Without
Hope and Healing after Loss

I totally got absorbed in this book of poetry.  It is written not by a pen, or computer but by a heart.  Every poem expresses raw emotion, exposure to a deeply grieving soul and the truthful expression of what it is like to lose a very part of you in a beloved husband and partner of 35 years.  Natasha Josefowitz, an 87- year- old very active and vibrant woman loses her self-confidence and meaning to her life because her loss is so profound.  Here is a sample of her musings:

In the book Natasha poignantly documents the painful first year after her beloved's death.  She describes life with him in the hospice, his ongoing imminent deterioration and his torturous funeral after he finally succumbs to that murderer, namely, cancer. In the aftermath of his passing she finds herself in a sea of loneliness and pain that lasts every second of the day and far into the night.  She exposes her struggle to come to terms with being single once again and having meaning and purpose in her life one more time.  " I miss him /rustling the newspapers/ in the room next door/ his voice on the phone/ I always knew which of the children/ he was talking to."  Natasha realizes she has to re-establish herself and re-invent herself while a vital part of her is clearly missing - gone forever.  She successfully manages to do just that, knowing deep down inside of her it will be a long agonizing journey to make herself whole.  Her poems are living proof that it can be done.  I am sure her book will bring comfort and solace to those finding themselves in a similar situation.  Natasha walks the grieving soul through the torment and agony of the loss but then offers her hope and inspires the mourner to carry on, press on and find the colourful rainbow hidden within that heavy veil of black clouds surrounding her.  I highly recommend this insightful, heartfelt book.

Healing
When one is in the middle
of pain
it is impossible to envisage
a time without it
yet that time comes
unexpectedly
surprising me
by its suddenness
from an agonizingly
slow healing
to a world of brighter colours
to a lighter step
to being whole again
there is an old saying that
when someone you love dies,
the main difference is
that he is no longer
outside of you,
he is inside
I have incorporated him
I am poorer for the lack
of his physical presence
but I have become richer
by his continuing to exist
in me 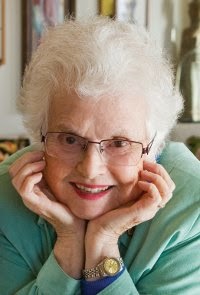 Natasha Josefowitz calls herself a late bloomer, having earned her master’s degree at age forty and her PhD at age fifty. She was on the faculty of the business school at the University of New Hampshire and San Diego State University. She is a noted columnist and the author of seventeen books. Dr. Josefowitz is an internationally-known speaker, having lived and worked abroad and in the U.S. For ten years, she had her own weekly radio broadcast and a weekly television segment. Her efforts on behalf of women have earned her numerous awards, including The Living Legacy Award from the Women’s International Center. She has been named Woman of the Year many times by various national and international organizations. She has been a guest on numerous television shows including Larry King Live and The Dr. Ruth Show. Her articles have appeared in hundreds of magazines and journals, including the Harvard Business Review, the Wall Street Journal, the London Times, and Psychology Today. She currently writes a bi-monthly column for the La Jolla Village News and for Jewishsightseeing.com. Natasha has five children, ten grandchildren, and five great-grandchildren. She is white-haired, wrinkled, and has a couple of extra pounds, but she says she can celebrate life because she has PMZ (Post-Menopausal Zest).

Read on and read always!  Have a great weekend everyone and see you back here Monday!
Posted by Storywraps at 11:00 AM 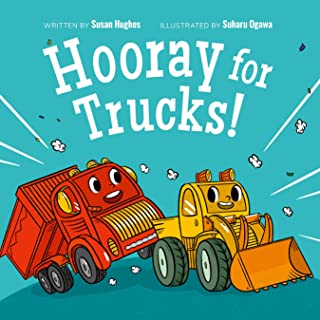