Hullabaloo Family Music at its best - a musicwrap 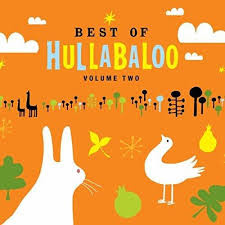 IS SET TO RELEASE

Unwrapping well-deserved  praise for the album...

"Taylor Swift can wait.  Start your little ones on this country-pop album brimming with clever wordplay."
-- People magazine

"As good as it gets when it comes to children's music."
-- Parents Magazine

"Hullabaloo is like the Pixar of kid-folk bands, treating its all-ages audience with dignity and taking nothing for granted."


Among the seventeen major awards garnered are those presented by Parents' Choice, NAPPA, and Children's Music Web. Parents' Choice enthused.  "They raise their own foot-stomping ruckus with humour, infectious energy and appealing blend of country, folk, funk, and rock rhythms." The San Diego Union- Tribune declared, "Steve Denyes is the biggest rock star in San Diego.  Just ask any preschooler." Scholastic Parent & Child praised Hullabaloo's banjo, mandolin and fiddle-powered fun." People.com wrote, "The two-man band has hit another home run with their cool collection of instant classics featuring all the folk, funk, and rock inspirations parents (and kids) are sure to appreciate."


As a prelude to their 3,000th show and to celebrate thirteen years of glowing critical acclaim, the beloved "free-range, organic kid-folk" duo Hullabaloo has compiled a sparkling new collection of Hullabaloo favorites for kids and families.

Hullabaloo's Steve Denyes and Brendan Kremer decided to feature three favorite songs from each of the past five Hullabaloo albums.

Explains Steve Denyes, "We released Best of Hullabaloo: Volume One in 2009, followed by five new albums.  To establish a milepost for our 3,000th live show, we wanted to bring out another 'Best of' album.  Of course, the hardest part was choosing the songs, an impossible task, really.  In the end, we chose a balance that reflected 'fan favorites' as well as our own favorite songs that we play live on a daily basis." 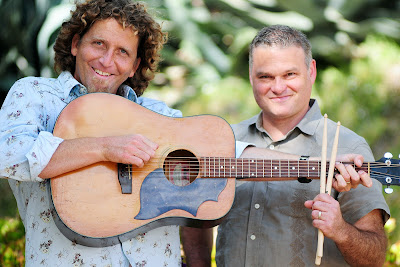 Steve Denyes and Brendan Kremer met in kindergarten and have been friends ever since.  Together they started playing music in the 5th grade band, where they vigorously exhibited their burgeoning talents on "Old MacDonald" and "Twinkle, Twinkle Little Star."  Little did they suspect that, decades later, these songs would still be among their biggest hits!

Steve grew up to be an elementary school music teacher, folksinger, and songwriter, while Brendan became a rock 'n' roll drummer.  The maiden voyage of Hullabaloo took place when they teamed up to play a few songs at the first birthday party of Brendan's twin daughters.  Fast-forward thirteen years to find that Hullabaloo has performed nearly 3,000 shows thoughout the country. Along the way they've released a dozen award-winning albums (at last count, with more then 30,000 sold) and developed a loyal following nationwide.

For more information regarding their work and up-coming performances check out their website at:

I am a huge fan of family-friendly anything... but great music the whole family can enjoy is a HUGE winner in my books.  Kids and adults alike will be tapping their toes, clapping their hands and dancing around to the wonderful beats and joining in the singsongs together.  Hurray!!!  Such fun!!!  I highly recommend this album.  I know it will provide a very positive message to our precious kids and bring hours of fun to every family member that listens to it. 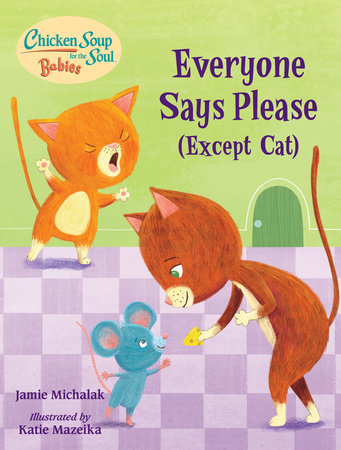