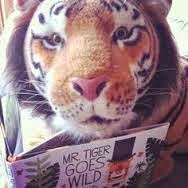 Quote of the day:  " One of the joys of reading is the ability to plug into the shared wisdom of mankind."
~Ishmael Reed 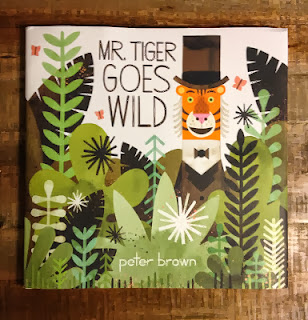 Oh boy, is this book a winner!  Both inside and out it is brilliant.  The dust jacket is amazing but when you take it off the "real" cover of the book is exposed and it is a story in itself, mirroring the plot of the story perfectly.

Mr. Tiger, who dresses very prim and proper, with tails and a top hat, gets very tired of such stuffy behaviour and longs to let his hair down and discover who he really is.   Freedom calls him to express  himself and get back to his roots.  "He wanted to loosen up. He wanted to have fun. He wanted to be...wild." He begins by walking on all four of his feet (instead of two), which leads into a satisfying ROAR and then .... on my, he sheds his clothes right down to his lovely black stripes.   The other animals in his town are not amused and when they see his progression decide to tell him if he cannot conform to their town standards he had better leave and take his "wild side" to the wilderness where it belongs then everyone will be more comfortable.   He obliges but after a while dibbling in this and that he finds he is lonely, misses his friends and lifestyle terribly, so he returns back to his home town where he finds a pleasant surprise.

This charming, modern-day fable is about following your heart, daring to be yourself and the quest to be accepted for who you are by others around you.   The illustrations are India ink, watercolour, gouache and pencil and then digitally composed and coloured.  The colour palette is muted in contrast to the bright orange, mango flavour of Mr. Tiger.  They are vibrant and vintage and very appealing to the eye.

It is an instant read-aloud classic and will be enjoyed again and again by all ages.   I am sure this book will be on the top of the list to receive a Caldecott award. 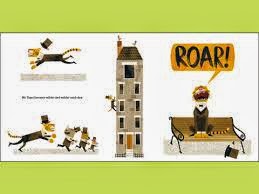 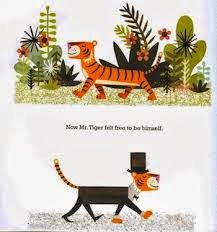 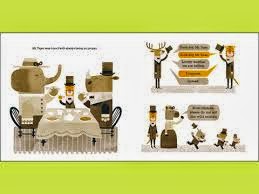 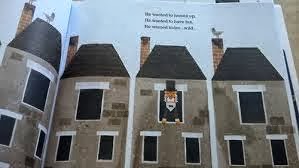 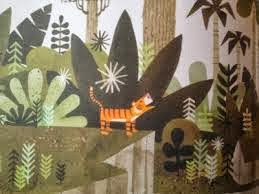 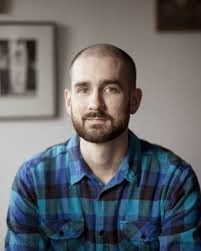 Peter Brown has always loved telling stories. Growing up in New Jersey, he told stories by drawing whimsical characters and scenes from his imagination. Then, as a teenager, he fell in love with writing, and told his tales with words. While studying illustration at Art Center College of Design, Peter’s love of both words and pictures led him to take several courses on children’s books. And before long he knew he’d found his calling.
After graduating from Art Center Peter moved to New York City to be closer to the publishing industry. He was working on animated TV shows when he was hired to write and illustrate his first picture book, Flight of the Dodo. Peter quickly signed up his second and third books, and his career as an author and illustrator of children’s books was under way.
Peter’s books have earned him numerous honors, including a Caldecott Honor (2013) for Creepy Carrots! written by Aaron Reynolds, two E.B. White Awards, aNew York Times Best Illustrated Book award, a Children’s Choice Award for Illustrator of the Year, two Irma Black Honors, and five New York Times bestsellers.
Peter lives in Brooklyn, New York. 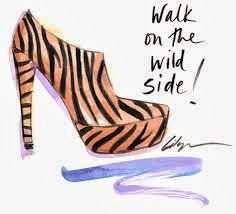 Read on and read always!  Try wild, dare to be yourself.