* Canada was probably the first Britsh colony in which libraries were established in 1779.

*  The first library in the US was opened in 1698 in Charleston, South Carolina. 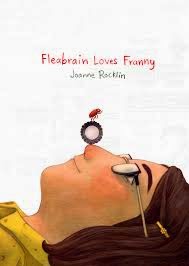 Written for middle grade school, this book takes place in Pittsburg in 1952.  Franny Katzenback is  recovering from dreaded polio and discovers the new published book, Charlotte's Web.  Because her condition isolates her and she is unable to socialize, go to school or even have movement because she is confined to an iron lung, she longs to experience a wonderful friend like Charlotte is to Wilbur in the book she fell in love with.  To her surprise and delight she meets and starts communicating with an intelligent and eloquent flea....yes....you heard me right....a flea, named Fleabrain.  He lives in her dog's tale and together they pass the time sharing Fleabrain's adventures based on his extensive reading abilities.  Franny is happy and relies on his tales to get her through her physical therapy and her feelings of loneliness due to her confinement away from her friends and former active life.

I liked this heartwarming story because it gives you a glimpse into that time period and how devastating polio was to so many people in that era.  The book is both comedic and philosophical.  Franny learns to accept her condition, work through its complications and is able to get back her lifestyle and move forward in a very positive way.  I highly recommend this book. 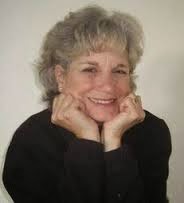 JOANNE ROCKLIN's latest middle grade novel, FLEABRAIN LOVES FRANNY, will be released August, 2014. It is the story of a special girl, an inspiring book, and a brilliant (though unintentionally hilarious) flea. "Not to be missed." VOYA.

She is also the author of THE FIVE LIVES OF OUR CAT ZOOK, winner of the SCBWI Golden Kite for Fiction and a Parents' Choice Gold Award. It is a middle grade novel about a family, a cat, and the tales (tails!) that heal. "The only imperfection in this novel is that it ends." BOOKLIST, starred.

Another of her well-received novels is ONE DAY AND ONE AMAZING MORNING ON ORANGE STREET which won the California Library Association Beatty Award,
The Commonwealth Club California Book Award Gold Medal and the FOCAL award from the L.A. public library.

Her early readers THREE SMART PALS and THIS BOOK IS HAUNTED will soon be e-books, the latter also to be released as an App.

Joanne has a doctorate in psychology and is a former elementary school teacher, presently writing children’s books full-time. For several years she taught a popular class in writing children’s books at UCLA Extension. She gives presentations in schools, libraries and bookstores and has been a speaker for the Society of Children’s Book Writers and Illustrators, the California Reading Association, and other organizations


Originally from Montreal, Canada, Joanne lived in Los Angeles for many decades. She now lives in Oakland, California.

Read on and read always!   Have an amazing day everyone.
Posted by Storywraps at 9:32 AM