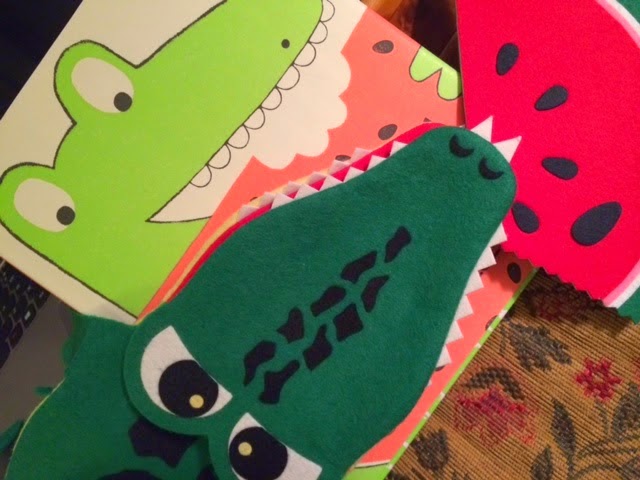 Quote of the day:     "Books are a uniquely portable magic."  - Stephen King

Featured book of the day: 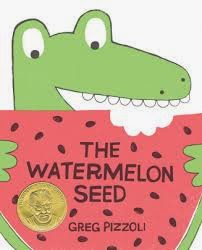 Peeking inside is always fun: 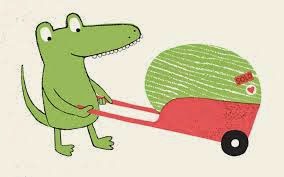 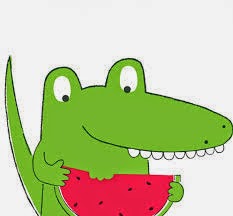 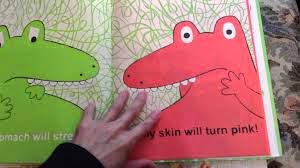 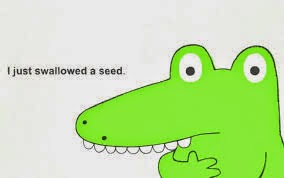 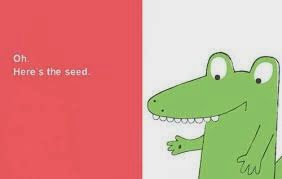 This adorable little crocodile loves, loves, loves watermelon.  Anytime, anywhere, anyplace is the perfect time to indulge in a slice.  Sprinkle salt, smack my chops, chomp it down, Ahhhhh, like a lot!

Then one day an unthinkable thing happens...he swallows a watermelon seed and that's when his neurosis kicks in.  He enters into the land of what if's. What if the seed starts to grow? The vines start to sprout?  What if my skin turn all pink? His wild and crazy imagination takes over and his fear of becoming a watermelon clone, fuelled by his hypochondriacal personality, sets his head spinning.  Is there a solution?  Oh yes there is and you will smile when he discovers a natural and simple cure to his imagined medical nightmare.

The artwork was inked on Bristol with a brush pen, screen printed by hand and drawn with a tablet on Photoshop.  The vibrant pink, black and green palette helps tell the story simply and the expressions are priceless.

This book is perfect for an open dialogue addressing  a classic childhood fear.  It is perfect for a beginning reader to cut his teeth on or as a great read aloud to share.  Descriptive words such as chomp, slurp, guts and let's not forget.... bbuuuuuurrrrrrrppppp....will have kids in hysterics.  Kudos for a debut book.  I will look forward to many more to be launched in the future by this gifted author and illustrator.

About about the author/illustrator: 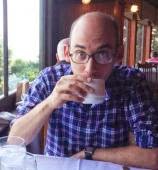 Greg Pizzoli is an author, illustrator and screen printer from Philadelphia.
His first picture book, THE WATERMELON SEED, was published by Disney*Hyperion Books in 2013 and won the 2014 ALA Theodor Seuss Geisel Award. Greg's work has been featured in Communication Arts, 3x3 Illustration Annuals and he's won two Portfolio Honor Awards from the Society of Children's Book Writers and Illustrators. His screenprinted works have been exhibited in the United States, Canada, Spain and The Netherlands. His hand-printed artist books are in various collections throughout the country, including The Rare Book Department of the Free Library of Philadelphia.
After college, Greg spent two years as a full-time volunteer in AmeriCORPS from 2005-2006. In 2009, he received his MFA from the University of the Arts in Philadelphia, where he now teaches.
He recently gave up drinking (as much) coffee.

Book Review Rating:  9 (Close to perfection!)
Read on and read always!  Have an amazing day everyone.
Posted by Storywraps at 9:40 AM