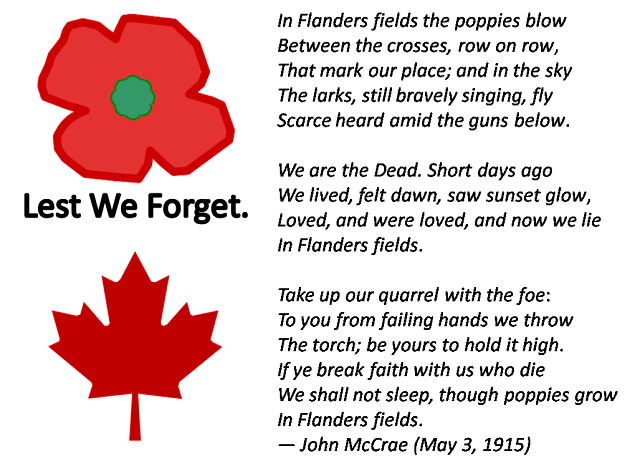 Unwrapping the history of this classic poem

Who is John McCrae? 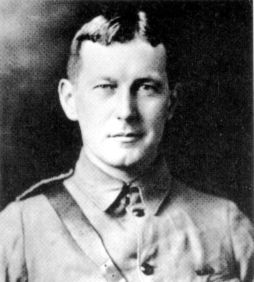 In Flanders Fields Manuscript
McCrae jotted down this most famous of war poems in 20 minutes during the Battle of Ypres (courtesy Library and Archives Canada/C-128809).

One of history's most famous wartime poems, "In Flanders Fields" was written during the First World War by Canadian officer and surgeon John McCrae. It helped popularize the red poppy as a symbol of Remembrance.

When he volunteered at age 41 for service in the First World War, McCrae wrote to a friend that "I am really rather afraid, but more afraid to stay at home with my conscience." In April 1915, McCrae and a young friend, Alexis Helmer, joined the 18,000 soldiers of the First Canadian Division in their positions near Ypres, Belgium. The Second Battle of Ypres commenced on 22 April and lasted for six hellish weeks. It was during this battle that the Germans launched the first large-scale poison gas attacks of the war.
A Montréal physician, McCrae served as a major and a surgeon with the Canadian Field Artillery, in the Canadian Expeditionary Force. Ypres was the Force's first major engagement of the war.

He died of pneumonia at the hospital of which he was in charge in 1918 (courtesy Library and Archives Canada/C-19919).

"The general impression in my mind is of a nightmare," McCrae wrote to his mother, "... And behind it all was the constant background of the sights of the dead, the wounded, the maimed, and a terrible anxiety lest the line should give way."
On 2 May, Alexis Helmer was killed. Because the brigade chaplain was absent, McCrae — as the brigade doctor — conducted the burial service for his friend. Later, at Helmer's grave, he wrote a few lines of verse that were the beginning of the poem "In Flanders Fields."

Before the war, McCrae had written poetry in Canada, and some of his work had been published there.
McCrae later sent a finished copy of "In Flanders Fields" to The Spectator magazine in London, where it was rejected. But a journalist who visited the field hospital where McCrae was serving at the front, took a copy back to Punch magazine. Punch printed it — anonymously, without McCrae's name — on 8 December 1915.
Within months it was republished in other sources, with McCrae's name attached, and quickly became the most popular poem of the war. Its powerful use of the symbol of the poppies blooming from the churned earth led to the tradition, to this day, of the poppy as a symbol of remembrance for those killed in service.
By 1917, "In Flanders Fields" was known throughout the English-speaking world. It was used to further the war effort, to raise money for the troops, and to help recruit American soldiers as the United States mobilized to enter the war. John McCrae soon became a household name in the US.

Today, McCrae's poem is read by millions in Canada and around the world each Remembrance Day. There have also been various settings to music, among which that of William Hewlett is used during Remembrance Day ceremonies in Ottawa. (See In Flanders Fields Music.) A history museum in the ancient Cloth Hall in Ypres (now Ieper), Belgium, is named after the poem. The special exhibition gallery in the Canadian War Museum is also named for McCrae.

- source: thecanadianencyclopedia.ca (with thanks) 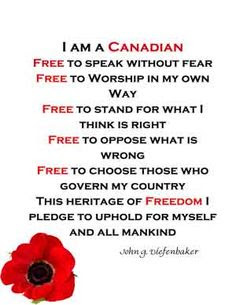 Remembrance Day is an important event for Canadians. It’s a time to both reflect on the past and also consider the present and future. It can also be an excellent day to have thoughtful discussions with your kids, not only about the sacrifices made by others, but also about the general nature of conflict and peace. These might be talks touching on history that is global or personal, especially if you have relatives who served in the military or lived in areas affected by war.


Unwrapping some books for you to consider 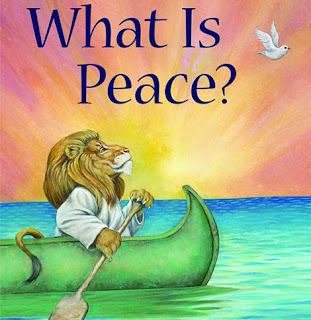 Beautiful, whimsical artwork is combined with reflective questions about peace: Is peace strong? Is peace gentle? Is it innocent? Is it wise? This engaging picture book provides a perfect foundation to discuss peace with children, exploring what it means to them, what it looks like in their everyday life, and what it means to those around the world. Recommended for Preschool. 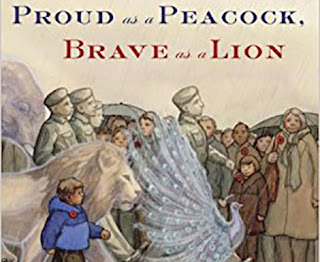 Proud as a Peacock, Brave as a Lion


A beautiful picture book about a grandfather sharing what it was like to serve in the war and the importance of Remembrance Day, this tender story is accompanied by brilliant artwork that enriches the story with its animal imagery and childlike wonder. While reading this story, I was flooded with memories of attending the annual Remembrance Day celebrations as a young child, soaking in the somber energy of those around me as we silently remembered those who fought in war, while the trumpet hauntingly played The Last Post. Children learning about war and Remembrance Day will finish this book with a better understanding of both. Recommended for Kindergarden. 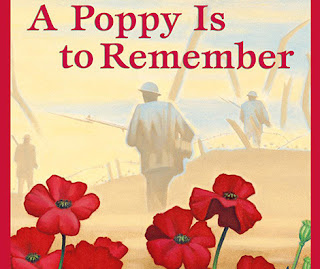 A Poppy is to Remember

Remembrance Day can be an overwhelming topic to explain to young children — which information do you focus on and how do you start? This book provides a gentle introduction, focusing on the symbolism of poppies and why we wear them every year. At the back of the book, there is more information about the poppy and Remembrance Day, making it a rich book for older children as well. As a child who was fascinated with Remembrance Day and spent hours leafing through my father’s books about war, I wish this picture book had been available when I was growing up — it provides the history in a format accessible to young children. Recommended for Grades 1 and up. 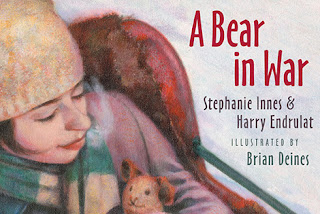 A Bear in War

Suitable for Grade 2 and up, this picture book tells the story of Teddy — a bear now on display at the Canadian War Museum in Ottawa. Teddy belonged to a young girl from Quebec named Aileen. Her father enlisted during the First World War and Teddy was sent to him as part of a care package. Teddy and Aileen’s father experience some of the First World War together before the battle of Passchendaele. After being found on the father’s body, Teddy is returned to his family in Quebec. There is also a sequel, Bear on the Homefront, in which Aileen becomes a nurse in the Second World War. Both stories are fairly gentle, and many children will understand the gesture of giving a teddy bear to someone to help them when they’re scared or lonely. 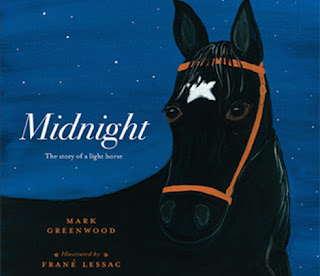 This heartbreaking story, for kids five and up, is accompanied by beautiful, painted illustrations that lend a gentle poignancy to a tragic war story. A mare named Midnight is raised by a young Australian man a few years before World War I begins. They are both sent to Europe, separated, and then reunited for what would be one of the last cavalry charges in military history. Told with honesty and simplicity, this story may help children place the significance of this war into a context they understand. (While showing war has violent and tragic consequences is part of teaching the importance of peace, some readers may be quite upset at the death of the horse — parents will need to consider whether their children are ready for this book.) 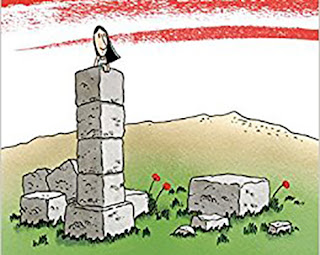 This is a non-fiction graphic novel about the author’s coming of age in Iraq during a time of great political upheaval. Drawn by her husband, a famous French cartoonist, the relatable format is similar to other popular graphic novels geared to Grades 7 and 8, like Raina Telgemeier’s Smile and Sisters. This book is a great way to remind us all people are people — no matter where they live. It may help readers gain an understanding of the effects of the war in the Middle East on those who live there. 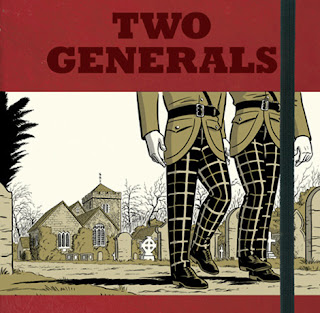 This graphic novel retelling of the author’s grandfather’s World War Two experience captures the youthful energy and naiveté of the soldiers before their first battle, essentially champing at the bit to fight — before following it up with the shocking reality of war. This could serve as an important reminder to readers who want the ‘thrill’ of war-based video games. The art is largely monochromatic in camouflage greens but with occasional use of red, capturing the historic story and scenery. Younger readers might be taken aback by scenes of dismembered limbs, but they are nonetheless necessary to stress the severity (and some of the edge is taken off by the somewhat ‘cartoony’ style). Recommended for Grade 7 and up. 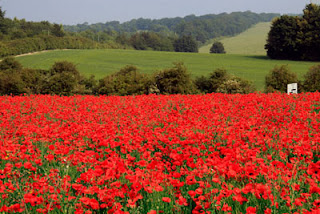 Red Poppies in Flanders today. The poppy became a symbol of Remembrance Day thanks to the famous poem In Flanders Fields, written by Canadian John McCrae (photo by Joseph Moore).

Go to the top of my blog at the right hand corner (below my photo) and please donate what you feel lead to give.  The amount you donate and the frequency you donate is totally up to you.  I thank you in advance for your support.  I love what I do and appreciate any amount that you may give so I can make our community even better.  Thanks a million!

Posted by Storywraps at 8:10 AM