Happy Thanksgiving everyone! from Canada 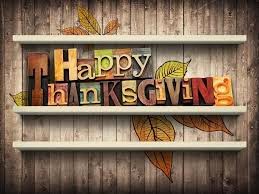 Fun things to make you smile: 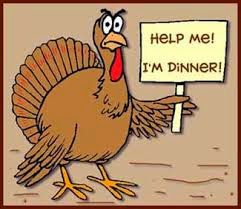 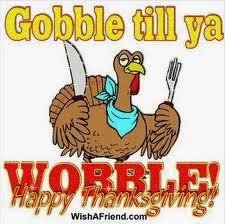 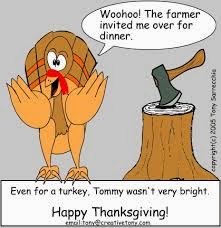 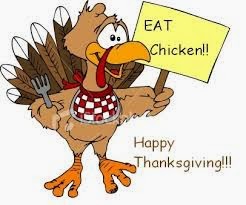 5 little turkeys were standing by a door...
One saw some corn, and then there were four.
Run, Run, Run far away. Soon it will be Thanksgiving Day!

4 little turkeys flew up in a tree...
One fell down and then there were three.
Run, Run, Run far away. Soon it will be Thanksgiving Day!

3 little turkeys gobbled as they do...
A dog chased one and then there were two.
Run, Run, Run far away. Soon it will be Thanksgiving Day!

The turkey is one of the most famous birds in North America.  In fact, Benjamin Franklin wanted to make the wild turkey, not the Bald Eagle, the national bird of the United States!

6. The caruncle is the growth of skin that dangle from the turkey's chin--the throat region. It turns bright red when the turkey is upset or during courtship.

7. The snood is the growth of skin that droops over the gobbler's bill. (The flap of skin that hangs over the turkey's beak) It turns bright red when the turkey is upset or during courtship.
8. Wild turkeys are about 3 to 4 feet tall.
The male turkey weighs between 16 and 24 pounds and the female is smaller and only weighs between eight and 10 pounds.
9. A turkey hen lays an average of eight to 17 eggs. She lays them one at a time in a nest built on the ground. After several weeks when all the eggs have been laid, she begins to sit on them to incubate, or keep them warm. After 28 days the eggs are ready to hatch.

Turkey books you're kids may enjoy: 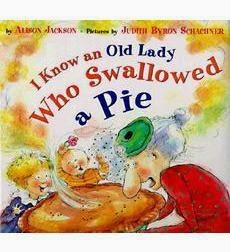 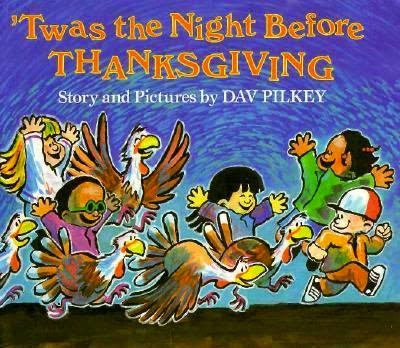 "Twas the Night Before Thanksgiving - author and illustrator - Dav Pilkey 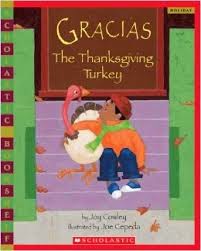 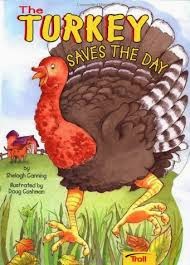 Non-fiction pics for you: 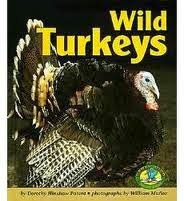 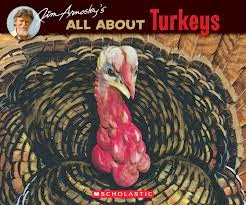 "All About Turkeys" - author - Jim Arnosky

Have a great day everyone.  Read on and read always.  If you are celebrating Thankgiving Weekend be blessed and enjoy your family and friends and count your blessings. 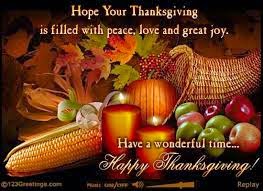