God Bless the U.S.A. - a hugwrap on their very special day

Today's an historical day for my neighbour's to the south.  Today Donald J. Trump will be sworn in as the 45th President of the United States of America.  I want to wish him and their beloved country the very best with their change of leadership and the direction their country will be taking.  I am praying for peace, prosperity and unity in the upcoming four years of his presidency.


21 The king's (or President or Prime Minister's) heart is in the hand of the Lord, as the rivers of water: he turneth it whithersoever he will. 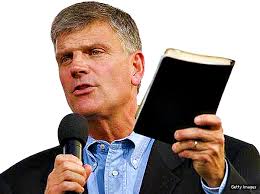 Evangelical leader the Rev. Franklin Graham has said that not only did God have a hand in getting Donald Trump elected as U.S. president, but that Trump is God's answer to people's prayer for a president who will stand up to the "humanistic, atheistic agenda" in Washington D.C.

Graham claimed that he sensed that God was "getting ready to do something" when he listened to the prayers of the thousands who showed up at his state-wide Decision America Tour rallies last year.

"They were praying that God will change the direction that our nation was going in. The secularists that have gotten control of Washington, that have a humanistic, atheistic agenda – they (the people) were praying that God will change this," he said.
The evangelist argued that the people wanted somebody in the White House "who believed in God, and was willing to listen to God's voice. I believe in this election, God's hand was in it."
Graham, who will take part in Trump's inauguration ceremony, said in another interview late last year that the billionaire businessman's victory was God's way of "protecting" America

"I think maybe God has allowed Donald Trump to win this election to protect this nation for the next few years by giving maybe an opportunity to have some good judges," Graham said, referring to Supreme Court justices.
"It wasn't hacking. It wasn't Wiki-leaky or whatever," he added of why Trump won the election.
"It was God, in my opinion, and I believe his hand was at work, and I think he's given Christians an opportunity."

Other major pastors, such as Robert Jeffress of First Baptist Dallas church, have also been supportive of Trump.  Mr. Trump will be attending Pastor Jeffress's church this morning and the pastor will be preaching on the book of Nehemiah, building a wall. Perfect choice, but then God's word is always timely and fitting for those seeking truth and wisdom. 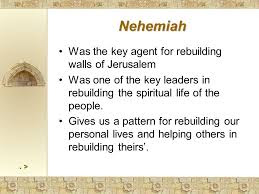 If you have a bible, and have a chance, read what it says about Nehemiah being chosen by God to build the wall for the people's protection. The book of Nehemiah is in the old Testament.  It is a very fitting story for such a time as this.


A great article to read is found at:


A verse from the Bible that keeps coming up again and again is from the New International Version...

If my people, who are called by my name, will humble themselves and pray and seek my face and turn from their wicked ways, then I will hear from heaven, and I will forgive their sin and will heal their land.

This verse is not only fitting for America, but Canada and all the other nations throughout the world.

I pray that everyone gets behind him and supports Mr. Trump on his inaugural day, pray for him and give him a chance.  Christians have been wrong before as with the Apostle Paul and even Jesus himself so why not humble yourself and pray that God's will be done through Mr. Trump.  God has a plan.  God sees.  God changes minds and hearts.  God loves to see his children succeed and prosper.

Have a beautiful day
USA...

Canada and the whole world is watching this day go down in history and I'm wishing you the very best! 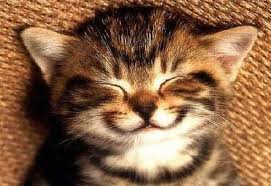 When I was younger, my mother always told me, like her father told her, there are three things that you should never talk about at the dinner table: money, politics and religion.

Today I talked about all three... today as Paul Anka sings... "I did it my way!"  Feels good to be true to yourself.  Have an amazing day everyone.  Happy Friday, January 20th, 2017.  God bless both our lands!
Posted by Storywraps at 7:50 AM