Harper & the Scarlet Umbrella - a bookwrap 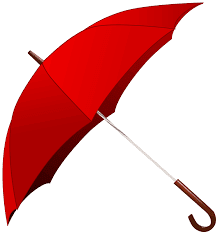 “This lushly-written, enchanting salute to magic, music and adventure is so intriguing that even this confirmed dog lover was rooting for Harper to be reunited with her beloved cat. I suspect readers of Harper and the Scarlet Umbrella will be left thinking about their own umbrellas in a whole new way.” –Nancy Krulik, New York Times bestselling author of Katie Kazoo and Project Droid

“Harper and the Scarlet Umbrella is a magical, musical tale that sings with whimsy and charm! There's not a wrong note to be found in this boisterous adventure, as children save the day as only children can. Fantastical, effervescent, and fun!” –Micol Ostow, author of the Louise Trapeze series 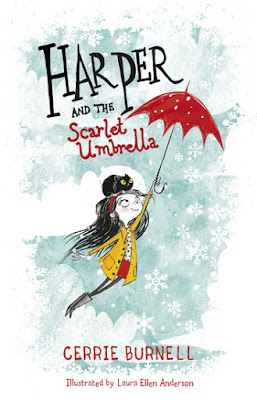 "Harper And The Scarlet Umbrella"

Some awesome illustrations to take a peek at... 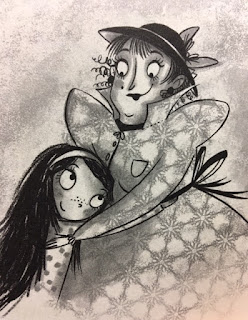 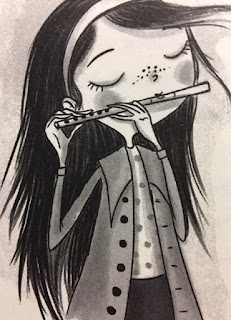 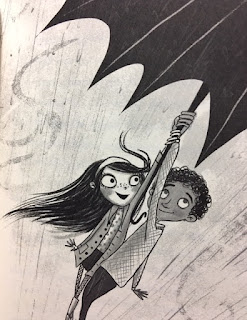 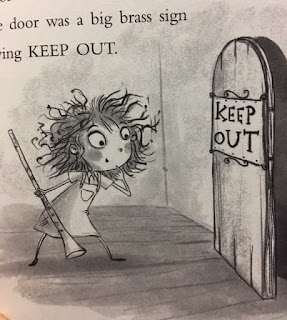 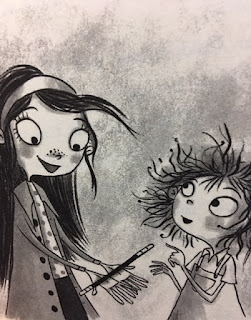 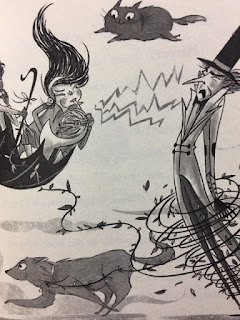 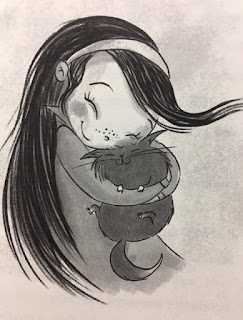 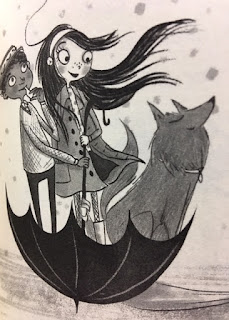 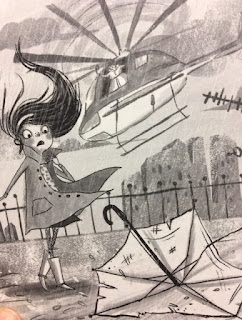 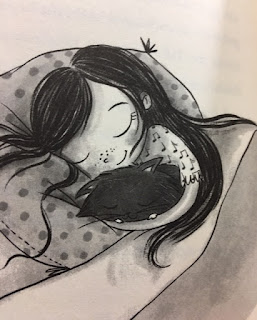 Harper lives in an apartment block, in the City of Clouds, where it rains every single day.  She is a very talented little girl.  She has a special gift of being able to play any instrument perfectly without one lesson.

‘Once there was a girl called Harper who had a rare musical gift. She heard songs on the wind, rhythms on the rain and hope in the beat of a butterfly’s wing.’

One day her cat Midnight goes missing.  Harper goes around to the adjoining apartments to ask if anyone has seen her beloved pet.  To her astonishment she discovers that all the cats in the neighbourhood  have mysteriously vanished.  All the kids in the block team up to help solve the mystery of the disappearing felines.  With the help of a her Great Aunt Sassy's magical umbrella and the collaborative help of her friends they solve the mystery.

I really enjoyed this book from beginning to end.  The writing is beautiful.  It's a lyrical tale filled with many diverse and adorable characters that kids will relate to.  I especially liked the fact that Harper connected so well to Nate, who is visually impaired, and to his wolf companion Smoke.  The story weaves together the elements of friendship, music, magic and the celebration of the love of cats.  Other books to check out by the author are:  "Harper and the Sea of Secrets", and the next book in the series,"Harper and the Circus of Dreams".   If I was still actively teaching I would definitely have this book in my classroom and in the school library. I highly, highly recommend this book.  It's a winner. 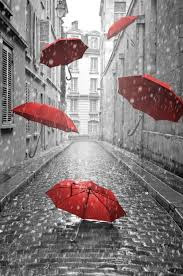 Claire “Cerrie” Burnell (born 30 August 1979) in Petts Wood, London, is an English actress, singer, playwright, Children’s author and television presen7-12ter for the BBC children’s channel CBeebies. Her mother is a dance teacher, and her father a telecoms manager. She has one younger brother. She was originally named “Claire” but started asking people to call her “Cerrie” at the age of ten.
Burnell was born with her right arm ending slightly below the elbow. Her parents encouraged her to wear a prosthetic arm, but she resisted from the start, and stopped wearing one entirely when she was nine. She says her disability did not hinder her from doing what she wanted, including “sports, swimming, windsurfing, singing in the choice or joining the Army cadets. Burnell also suffered from dyslexia, which left her unable to read until the age of ten. She learned with extra tuition and the Letterland system. As a teenager, she worked as a hotel chambermaid during summers, and travelled widely, working in a leprosy clinic in India, and volunteering in Brazil. 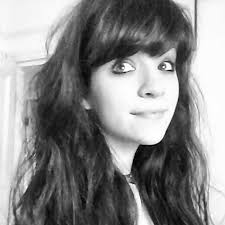 When she's not trying to take over the world or fighting sock-stealing monsters, Laura Ellen Anderson is a professional children's book author & illustrator, with an increasing addiction to coffee. She spends every waking hour creating & drawing and would quite like to live on the Moon when humans finally make it possible.

Read on and read always!
It's a wrap.
Posted by Storywraps at 7:52 AM