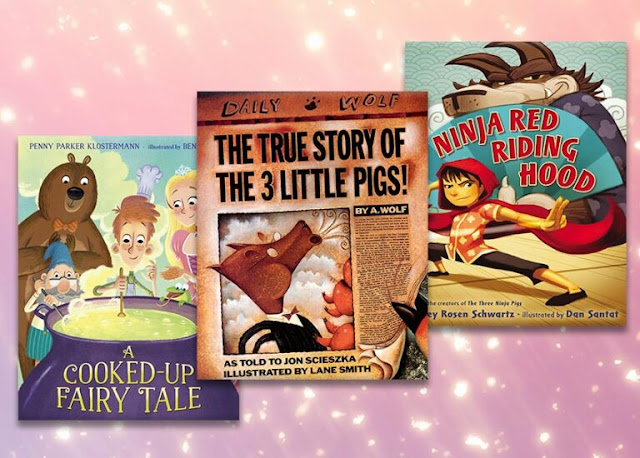 by Devon A. Corneal 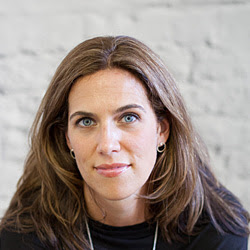 Ever wonder what would happen if Red Riding Hood weren’t quite so dense, or the pigs got smarter, or Cinderella stood up to her evil stepmother?

Timeless fairy tales are timeless for a reason, but every so often, I need something different. That’s where fractured fairy tales come in.

Jon Scieszka gave me my first glimpse into the devilish world of reimagined fairy tales with The True Story of the Three Little Pigs and I used it to stage a protest with a group of kids at a children’s theater. These things happen.

If you want to be equally subversive, check out these wonderfully surprising takes on the classics. 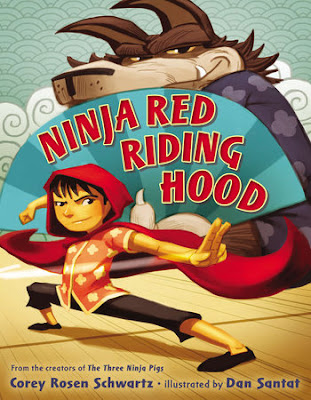 Corey Rosen Schwartz is a master at weaving together martial arts and familiar fairy tales to create extraordinarily engaging, funny, and unforgettable new stories. The wolf always learns his lesson, but in surprising ways, and don’t be shocked when Red Riding Hood and her Granny show off their karate skills. Can’t get enough? Check out Rosen Schwartz’s The Three Ninja Pigs as well. Wolves don’t have it so easy anymore. 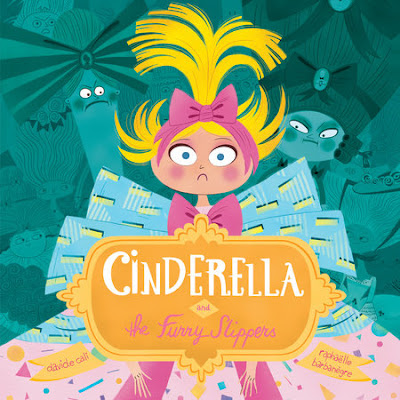 Cinderella and the Furry Slippers
by Davide Cali, illustrated by Raphaelle Barbanegre

Does your child love The Paper Bag Princess by Robert Munsch? If so, they’ll appreciate this fractured fairy tale! When no prince shows up to save her from a life of servitude, Cinderella takes matters into her own hands. But her fairy godmother isn’t what she expected, and neither is the castle, the prince, or anything else. So Cinderella does what any girl in her situation would do—she saves herself. 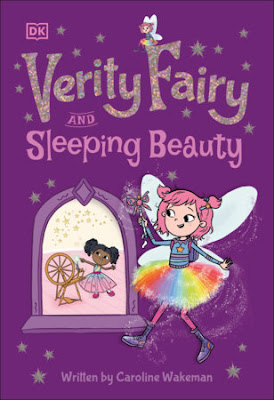 Verity, a citizen of the kingdom, is a fairy whose name means truth, and that's exactly what she does: she ALWAYS tells the truth, and it often gets her into a lot of trouble! Young readers will love this beautifully illustrated early chapter book about Verity and Sleeping Beauty. The classic story isn't quite like you may remember it. Kids can continue to following Verity's hilarious escapades in Verity Fairy: Snow White. 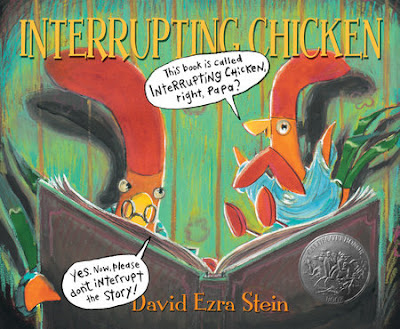 Anyone familiar with the particular agony that can come from reading to children before bed will appreciate Interrupting Chicken and its excitable, but well-intentioned title character who just wants to save her favorite fairy tales from their usual endings. 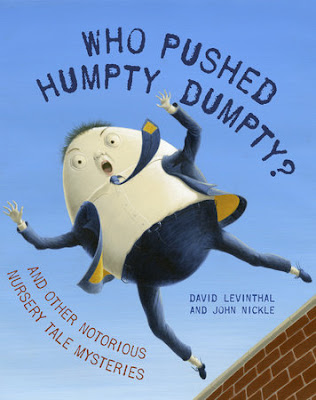 Humpty Dumpty’s fall is one of several fairy tale crimes being investigated by a blunt police frog named Binky who looks like he walked straight out of a ‘40s noir film. In Levinthal’s world, Goldilocks is a serial offender, Hansel and Gretel go free after claiming self-defense, and Humpty Dumpty? Well, let me tell you — it wasn’t an accident. 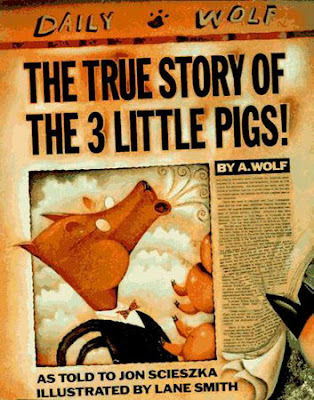 The True Story of the Three Little Pigs

No one reworks fairy tales like Jon Scieszka. He’s a genius. The clever, sly, and very, very funny, The True Story of the Three Little Pigs is on my All-Time Top Ten list of children’s books. It takes a fairy tale, turns it on its head, and makes you root for the bad guy. It’s perfect. If you’ve never heard the wolf’s side of the story, it’s time you did. Equally amazing is The Frog Prince, Continued which looks at the realities of “happily ever after.” What happens when the princess is a nag and the prince has some swampy habits? You’ll never look at fairy tales the same way again. 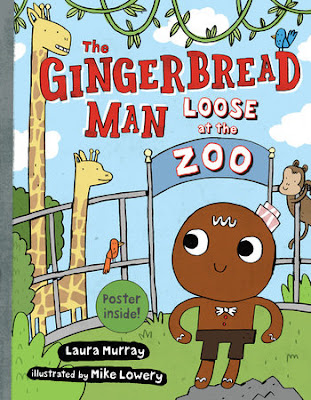 The Gingerbread Man Loose at the Zoo

Run, run, as fast as you can — to the zoo! When the gingerbread man gets separated from his class on a trip to the zoo, he’ll have to follow the clues to catch up. If your child likes this book, they’ll enjoy reading the rest of The Gingerbread Man series by Laura Murray. 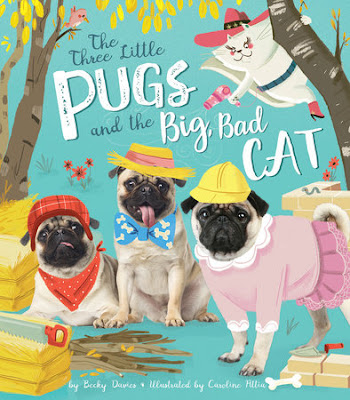 Pet lovers will adore this humorous spin on The Three Little Pigs. When their mother sends them out into the world, three adorable pugs will have to build their homes and learn to take care of themselves. But trouble slinks into their lives in the form of a fluffy, white cat. With bright illustrations and the cutest pugs you’ve ever seen, children will want to read this picture book again and again. 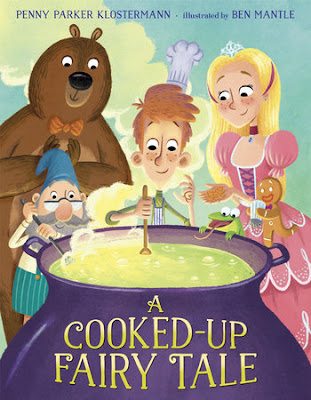 Kids will love this tasty twist on several classic fairy tales! William wants to become a chef known throughout the land for his delicious dishes. But the gingerbread men keep running away, and the bears don’t like his porridge. In one last-ditch effort to prove himself, William improves the ingredients in several fairy tale foods, resulting in unintended consequences. 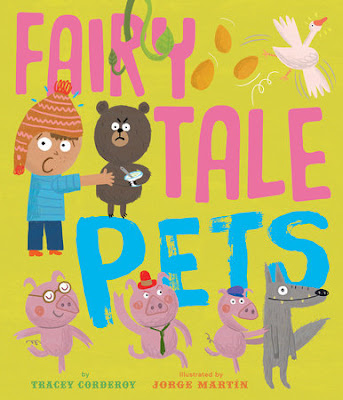 When Bob decides to become a pet-sitter, he expects to take care of bunnies, puppies, and hamsters. But when a menagerie of fairy tale critters walks through the door, Bob has his work cut out for him. Young readers will enjoy the vibrant artwork and comical take on fairy tales. 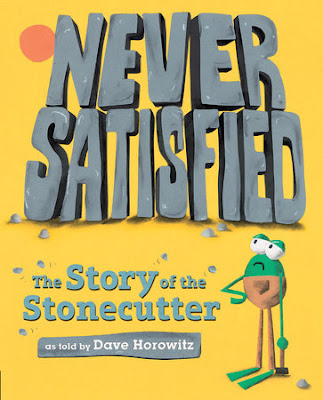 Never Satisfied: The Story of the Stonecutter

This is more of a folktale retelling than a fairy tale, but work with me, because sometimes, frogs aren't trying to woo princesses into giving them a kiss.  Sometimes they're really hard workers wishing for a better life.  Or rather, what they thought would be a better life.  Bold illustrations and a hilarious narrative make this a truly fun take on the classic grass-is-greener message. 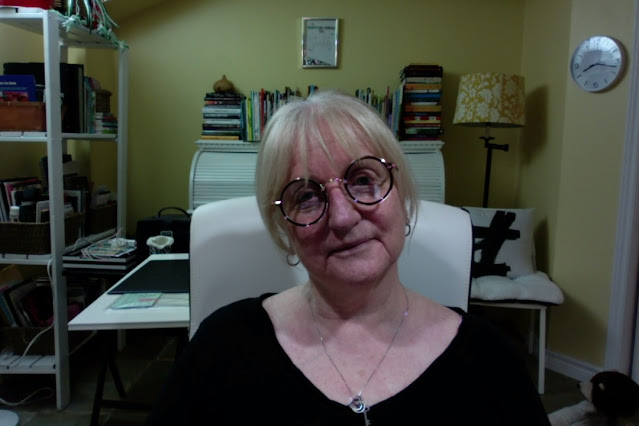 Good Saturday morning everyone!  Just signing off after another successful week of unwrapping awesome books for you.  I sincerely hope that you discovered some that you would love to share with the budding readers in your family. Thank you for your visits and encouragement as my little blog Storywraps evolves into something that I could never, ever even have imagined.  A HUGE thank you to those believing in me and donating to my cause of developing kids into happy, lifelong readers.  Please come back on Monday for another week of reviews.  Everyone is welcome on Storywraps!
Please follow me at....

Posted by Storywraps at 8:01 AM