Then She Was Born: Born to be different, survive to make a difference - an adult storywrap 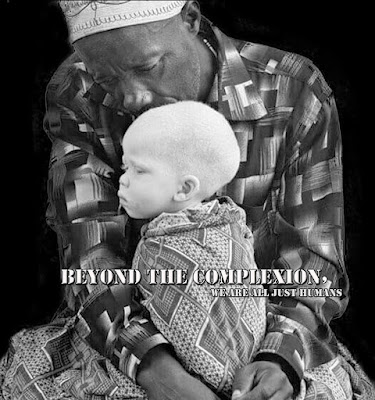 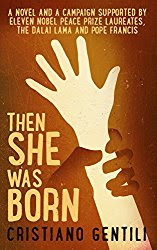 "Then She Was Born"
Authored by Cristiano Gentili


A Novel and A Campaign supported by Eleven Nobel Peace Prize Laureates, the Dalai Lama and Pope Francis 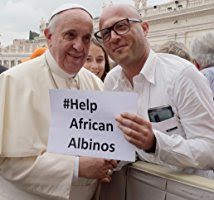 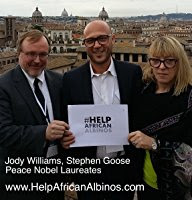 
Based on an inconceivable reality for many in the world today, Then She Was Born combines the drama and redemption of Khaled Hosseini’s The Kite Runner with the spirituality of Paulo Coelho’s The Alchemist.
A child is born and the joy of her parents turns to horror. The child is different, in a way that will bring bad luck to their superstitious community. The tradition should be for her to be abandoned, but Nkamba, the grandmother, is allowed to care for her.

Naming her Adimu, Nkamba raises her as her own. Adimu is constantly marginalized and shunned by the community, although her spirit remains undiminished and full of faith. But when she encounters the wealthy British mine owner Charles Fielding and his wife Sarah, it is the beginning of something which will test them all.

As Charles Fielding’s fortunes wane, he turns in desperation to a witch doctor whose suggestion leaves him horrified. But as events begin to spiral out of control he succumbs to the suggestions and a group of men are sent on a terrible mission. The final acts, of one man driven by greed and another by power, will have a devastating effect on many lives.

Cristiano Gentili’s glittering prose and vivid imagery will have you captivated from the first page.

Adimu, a little albino Tanzania girl, is born a zeru zeru.  What is that you ask?  Her skin lacks the melanin it needs to make her black like the other villagers so she is abandoned by her parents and left to die.  Fortunately for her she is rescued by a loving grandmother who fights every day for her survival.  Her superstitious village treats her like a nothing, a non-person and in their eyes she has no rights... not even the right to live.  She is in constant danger and is hunted down like an animal.  Her skin, hair  and other body parts are considered by these barbaric hunters to be good luck charms and much in demand to keep the evil away.

The very sad part of the story is this is still going on today.  I literally could not put this book down. I am abhorred at the way albinos in Tanzania are treated. I whole-heartedly endorse this book to get the word out of the suffering and injustice that they endure and the constant danger that surrounds them. I pray that the stigmatism and their unending fear can be eradicated from their lives as a light is shone on this horrific humanitarian atosity. It certainly opened my eyes as I had no idea this was happening. My wish is that everyone reads and supports this campaign of love, mercy and freedom. As the Sunday school song says....Red and yellow, black and white, ALL are precious in His sight. Jesus loves the little children of the world! " May we follow His example and help make a difference as we expose this barbarity to the world. 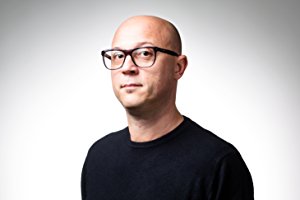 Cristiano has met with eleven Nobel Peace Laureates, the Dalai Lama and Pope Francis, who have each read a part of his novel and have leant their considerable support to the campaign.

In the case of Pope Francis, Cristiano was invited to an international symposium on Africa at the Vatican, to speak about Africans with albinism. He stayed in the Pope’s residence for four days and had a private meeting with him during that time. As a result, the #HelpAfricanAlbinos campaign is now endorsed by Pope Francis as an universal and interreligious message of peace and brotherhood.

Cristiano’s next target is to get celebrities to record video messages, just as the Nobel peace laureates and the Pope did, and spread them on social media to increase awareness of the living conditions of Africans with albinism, the last among all others.

In Tanzania, albinos represent one in every 1429 births, a much higher rate than in any other nation. According to Al-Shymaa Kway-Geer, an albino member of parliament, there are 6977 officially registered albinos in Tanzania.[7] However, it is believed that there may be up to 17000 undocumented.[8] A number of albinos have migrated to the Dar es Salaam area, as they feel safer in an urban setting. Tanzania is thought to have the largest population of albinos in Africa.[9] Albinos are especially persecuted in Shinyanga and Mwanza, where witch doctors have promoted a belief in the potential magical and superstitious properties of albinos' body parts. There are further issues which arise when there is lack of education about albinism. Fathers often suspect the mother of the albino child of infidelity with a white man or that the child is the ghost of a European colonist.[3] This can cause immense strain on families and relationships. An albino child is often seen as a bad omen and treated as unwanted. Many albino babies become victims of infanticide due to these superstitious views.

After events involving murders of albino people by three Tanzanian men had been publicised by the BBC and others, the European Parliament strongly condemned the killing of albinos in Tanzania on 4 September 2008.[45] The U.S. House of Representatives passed H. Resolution 1088, introduced by Rep. Gerry Connolly (D, VA), by a vote of 418-1 on 22 February 2010.[46] The resolution condemns the attacks and killings; categorizes them as human rights violations, and urges the governments of Tanzania and Burundi to vigorously prosecute such cases and to conduct educational campaigns to combat the superstitious beliefs that underlie the violent attacks."