The Grumpy Crocodile - a bookwrap

I'm keeping an eye on this book. 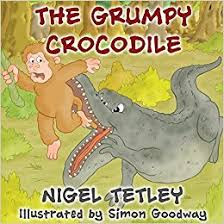 Fun Illustrations for you to enjoy... 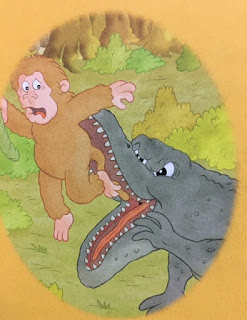 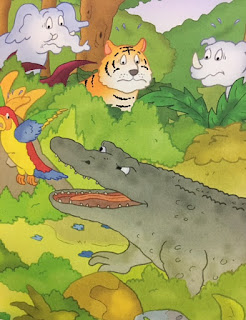 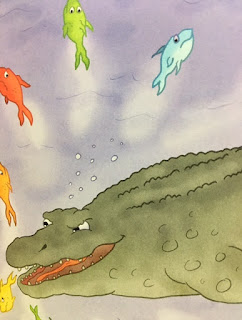 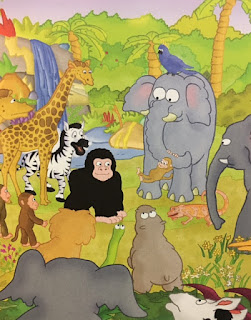 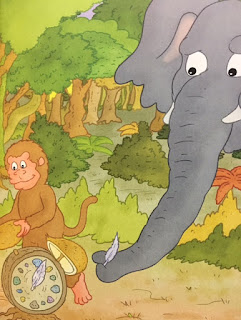 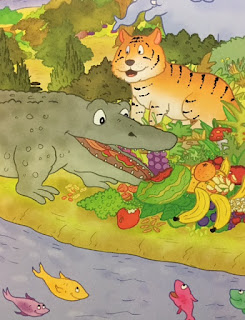 
Old Mr. Crocodile who loves to sleep on and on and on wakes up very cranky and starving - a very bad combo indeed. He doesn't want to play and sing songs with the other animals he wants to eat them for breakfast.  Oh my!  He snaps, snaps, snaps at every creature that is in sight and targets them to appease his voracious appetite. Luckily none succumb to his strong jaws.  The  terrified animals flee for their very lives leaving the old croc all on his own...  his tummy grumbling and still starving.

He saunters off to the nearest big river and what should his big bulging eyes behold but thousands of fish swimming round catching flies.  He has an eureka moment and dives into the water.... it's fish à la carte on tap for him today.  He snaps and snaps up the fish until his tummy could burst and now that his hunger is satisfied he wants to play.  When he looks around him, there's no one to play with, everyone is gone.  He then realizes it's his own fault that everyone has deserted him and gone and sought safety.

The animals gather together and have a meeting.  They put their heads together and come up with a plan that just might have Old Mr. Crocodile waking up in a good mood.  Mmmmmm, what could that plan possibly be?  If they implement it will it actually work?

This great book is written in rhyme and kids will love how the animals all congregate together. With teamwork they work out a solution to their life-threatening problem.  The illustrations are detailed, colourful and expressive.  This is a fun read aloud.  The kids can join in snapping their fingers or just resaying the words, "Snap, snap, snap!"  The playful words and right on rhythm will have everyone interacting with the story.  I highly recommend this book. 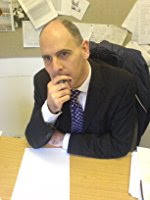 Since qualifying as a Religious Studies teacher in 1989, Nigel Tetley has worked in a variety of schools, spanning middle and secondary age groups in both the State and independent sectors. At the beginning of his teaching career, he also spent a year in Greece teaching English as a second language. In 2001, he started writing children's poetry at the suggestion of a colleague. Since then he has also written the texts for three carols: 'Alchemy,' 'Snow,' and 'The Way of Paradox.' (Encore Publications, 2006.)

What are the jungle creatures to do about a bad-tempered crocodile who is making their lives a misery because of his constant oversleeping? Find out in this amusing rhyming story for young readers. 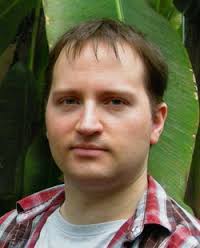 Simon Goodway was born blue owing to a congenital spine defect. A clever doctor sorted him out and he was soon pink and walking about like a normal person.Some years later he got a degree in artificial intelligence and worked for a bit in software, before he got bored of that and became a freelance illustrator. There was also an incident involving fish and a vacuum cleaner, but we won't go into that.Throughout all of this he was writing, writing, writing, and finally out popped his novel Killing Elizabeth. Other things followed.He lives in Brighton with a stupid cat called Henry and a fiancée called Jess.