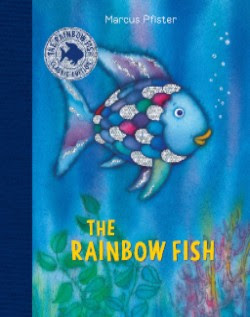 Twenty-five years ago, The Rainbow Fish swam into the world with a message of friendship and sharing. Translated into over 60 languages and selling over 40 million copies, the book has found it’s way into the hearts of children from Australia to Zimbabwe!


A FISH SWIMS AROUND THE WORLD

Some stories are absolutely timeless. The Rainbow Fish is such a story, a classic that embodies the simple, yet universal message: sharing makes us happy.

If colorful scales were the only thing special about Rainbow Fish, then all of the other fish would have to be made to look very drab. So Marcus Pfister looked for something more—an unmistakable feature that would clearly set Rainbow Fish apart from the other fish in the sea, a feature that underlined how special his glittering scales were. That’s when he remembered the hot foil stamping that he worked with as a graphic artist.

The Rainbow Fish was the very first children’s picture book to use hot foil stamping to create such a sparkling foiled effect. After going on sale, it was soon clear that the first printing of 30,000 copies would not be enough. This would prove to be the case; 30 million books and counting have sold worldwide in more than 50 languages. 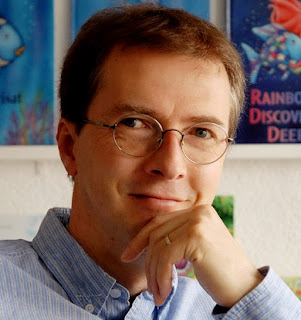 Marcus Pfister was born in 1960 in Bern, Switzerland. After attending art school in Bern and receiving training in graphic artistry, he worked from 1981 to 1983 in an advertising agency. In 1984, he left the agency to focus on his own art, namely picture books.
He published his first picture book, The Sleepy Owl, in 1986 with NordSüd, but it wasn’t until 1992 that he truly broke through as an internationally acclaimed children’s author with The Rainbow Fish.
Since then he has received several international awards, and his works have been translated into over 50 languages worldwide. Pfister and his family still live in Bern, where he continues to create more beloved children’s books. 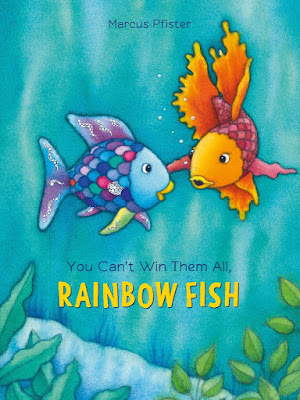 Everyone loses once in a while. But being a good sport when you lose isn't always easy – not even for Rainbow Fish. When a friendly game of hide and go seek doesn't go his way, Rainbow Fish learns a valuable lesson from his new friend Red Fin in this sweet story of good sportsmanship. A lighthearted look at accepting loss without losing your sparkle!

"Short, simple, and to the point, the text makes clear why children in a similar situation would be unhappy, and how to resolve matters peacefully...Pfister’s signature art style, with vivid colors, fuzzy outlines, and the iconic foil highlights, is well suited to the gentle story."- Booklist about You Can't Win Them All, Rainbow Fish 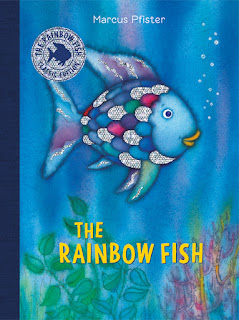 A beautiful Rainbow Fish Classic Edition, featuring a deluxe linen binding and sparkling stickers will be released this month.

Nothing is nicer than sharing and giving! For twenty-five years the little fish with the sparkling scales, who learned to share, has enchanted children and grown-ups all over the world. The international bestseller is now available in a special linen-bound classic edition, complete with glittery stickers.


I put hours of work finding the best kid's books to review for you each day.  If you enjoy visiting Storywraps and would like to donate something for my time and effort I would greatly appreciate it.
Go to the bottom of my blog at the right hand corner (below my photo) and please donate what you feel lead to give.  The amount you donate and the frequency you donate is totally up to you.  I thank you in advance for your support.  I love what I do and appreciate any amount that you may give so I can make our community even better.  Thanks a million!

Posted by Storywraps at 8:52 AM