A MAGICAL ALBUM LIKE NO OTHER!
RENA STROBER & FRIENDS 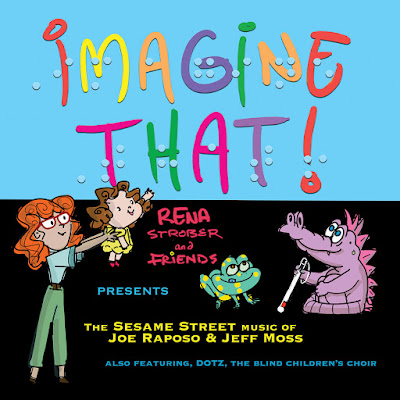 
In His Own Words


"My family and I were thrilled to work with Rena Strober to bring this wonderful album to life. My father dedicated his life to respecting and nurturing all children, of every ability and heritage, everywhere."
– Nick Raposo

Award-winning Broadway, film, and television actor and advocate for the blind, Rena Strober, is thrilled to announce the August 28 release of her new family album, Imagine That! The Sesame Street Music of Joe Raposo & Jeff Moss.

These iconic songs inspire decades of fond memories, yet are as engaging as ever for new little ears. They deserve the luxury treatment they get from this wildly talented, top-of-their-game team coming together to put on a classy show filled with a cheerful Broadway sense of style.

The many facets of this project coalesced via the trio of Fred Mollin, William “Chip” Beaman of Knighthawk Digital Entertainment Group, and the extraordinary vision of Broadway singer/producer Rena Strober, who says, “What the world needs now, more than ever, is the music of Sesame Street. We need to be reminded that being kind is simple and being ‘different’ is beautiful. No matter what your abilities or disabilities, if you ‘Believe in Yourself,’ you can do anything!”
Producer Fred Mollin (Rita Wilson, Linda Ronstadt, Lyle Lovett, Billy Joel, Steve Webb, and many others) has shaped Imagine That! The Sesame Street Music of Joe Raposo and Jeff Moss with sensitivity and skill to create an overall powerful unity of sound, style, and concept.

Highlights include Rena Strober’s exquisite vocals on “Imagine That!,” “I Don’t Want to Live on the Moon,” “Being Green,” “Sing,” “To Love a Child,” and “Imagination,” which show off her delightful storytelling charm. French Stewart and Jason Alexander bring their adorable humor to “I’m Pretty/I’m an Aardvark,” while Rena Strober and Jason Alexander make a perfect boy/girl duet of “Candy Hearts and Paper Flowers.” DOTZ, The Blind Children’s Choir shines on “Sing,” “Believe in Yourself,” “What Makes Music?,” “One Small Voice,” and “To Love a Child,” and Cristina Jones, Rena Strober, and Michael-Leon Wooley offer a rousing rendition of “High Middle Low,” enhanced in this version by musical saw, washboard, plectrum banjo, and tuba!

Imagine That! The Sesame Street Music of Joe Raposo & Jeff Moss is being released in celebration of National Guide Dog Month in September. A portion of the proceeds from all digital and hard copy sales of the album will go to Guide Dogs of America and the Gavin R. Stevens Foundation, whose mission is to find a treatment and cure for blindness, focusing on Leber’s Congenital Amaurosis (LCA). 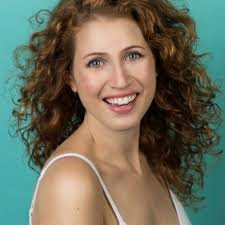 Rena Strober is known in New York and across the country from Broadway performances, TV appearances to her 1-woman show to concerts onstage at Lincoln Center, Town Hall and so many other venues.

Rena was seen on Broadway as Cosette in Les Miserables. Most recently Rena starred opposite Betty Buckely & Peter Scolari in the Off-Broadway comedy White's Lies. Other New Yorkers know her from her sold-out 1-woman show Spaghetti & Matzo Balls! Other NY shows include My Life with Albertine at Playwrights Horizons, Theda Bara and the Frontier Rabbi, playing the title role at the York Theatre. Rena recently completed a year on the National tour of Fiddler on the Roof as Tzeitel playing opposite Topol, Harvey Fierstein & Theo Bikel. Rena originated the role of Tonya in the pre-Broadway production of Zhivago (Directed by Des McNuff) for which she was awarded the Outer Critcs Award of San Diego for her performance. Regionally she has appeared as Belle in Beauty & The Beast, Billy Smith in the Goodspeed Opera House production of Babes in Arms, Shelley in Bat Boy, Jenny Lind in Barnum (with Peter Scolari), Eliza in My Fair Lady and Louise in Gypsy. Rena was also a member of the original L.A cast of Reefer Madness and can be heard of the cast album. Her TV credits include Law & Order: Criminal Intent, Kings for NBC and Jacob's Gift for PAX TV. Rena has sung at home plate at Shea Stadium, at NASA for the rocket launches and for the famous Friar Roasts for Donald Trump, Don King and Pat Cooper. Rena released her debut album Finding Home last summer which is the soundtrack to her solo show Spaghetti & Matzo Balls! 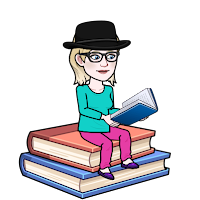 Happy Weekend everyone!  Take care and stay safe!  Join me again on Monday for more great story books to enjoy!

Posted by Storywraps at 7:58 AM 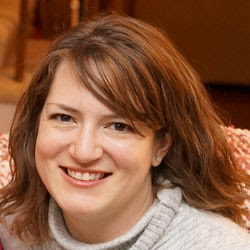