"My test of a good novel is dreading to begin the last chapter."
~ Thomas Helm 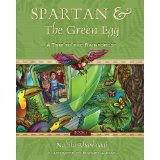 This book is written in graphic novel style which will certainly appeal to an older reader.  The main characters are young, savvy and very adventurous.  They team up and use their imaginations to contact alien explorers who begin communicating with them.  An egg-shaped spaceship that is itself an organic alien being, is the vessel through which the communication takes place. Spartan, his three friends, and his dog, Grimm are transported to the Amazon Rainforest where they come in contact with two local village kids, Yara and Juma, who they quickly befriend.  "The Egg" as he wants to be called, provides futuristic technology and gadgets so the team is able to understand and solve problems much more quickly.

The locals invite the team to swim and hang out with them in their village.  They feast on scrumptious food, dance into the night and meet the Shaman of the tribe.  After all the excitement they need to go to sleep.  During that sleep the Shaman sends them a dream to let them know the truth about what is actually going on the Rainforest and the looming destruction and possible extinction of all the plants and animals found there.  When the team wakes up they discover they all have had the same dream, a nightmare really, that needs their immediate intervention to help solve this impending crisis.  If the Rainforest is to be saved for future generations to enjoy they must make a valiant effort to stop the devastation  and destruction that is now taking place.  The courageous group nobly rise to the occasion and succeed in getting a warning out to the perpetrators and a message of hope back to the villagers. Feeling successful they find it time to return back to their homes.  Their new village friends show their gratitude by giving gracious gifts and kind words, even inviting them back for a return visit.  Spartan and his team are overjoyed to have had a part to play in this very honourable and necessary cause.  They board the egg spaceship and fly off...destination... home.

The illustrations in the book are colourful, vibrant, expressive and beautifully detailed.  The pictures add so much life and personality to the story and are so well executed.  Like I mentioned before, older kids will like the comic-book/graphic novel style set up of the book.  As a former teacher I would have used this book as an enrichment tool when I taught a unit on the Rainforest.  This would be a perfect add on for reluctant readers or kids who are turned off or intimidated by stilted textbooks.  The book contains a lot of facts and knowledge regarding the Rainforest and the information is introduced in the more relaxed and relatable form.  You will enjoy this book and I know there are more coming for you to check out. 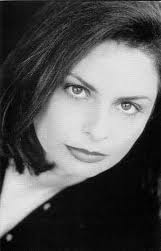 Nabila Khashoggi currently lives in New York, where she writes, develops her upcoming natural cosmetic line, and raises money for various projects. Ms. Khashoggi was raised in Beirut and went to school in England, France, and Switzerland before joining her father at Triad Commercial Corporation and Al-Nasr Trading. As Vice President, Nabila Khashoggi organized financing and marketing for a Russian commercial fleet and integrated agricultural complexes in Asia, Africa, and the Middle East.
In 1983, Nabila Khashoggi co-founded Infolex, a system of computerized portals designed specifically for travelers. Available in hotels and airports, Infolex's rich information bank gave tourists and business travelers access to reservations in the United States and Europe well before the advent of the Internet. In 1984, Ms. Khashoggi began working with her brother Khalid on a real estate development venture. In this role, she developed and marketed properties in Spain, France, England, the United States, and Korea. Her other projects included management of a Kenyan tourist camp and the distribution and financing of mobile hospital units and medical equipment.
Additionally, Nabila Khashoggi has garnered recognition as an actress. She has appeared in television series, films, and theatre productions, including a lauded performance of John Cargill's one-woman play Everything in the Garden.
Throughout her career, Nabila Khashoggi has maintained involvement with a number of nonprofit organizations. She served as Director of the Khashoggi Foundation, facilitating grants and funding to underserved children and families in the Middle East. Today, she continues her charitable work with The Children for Peace (ONLUS), a nongovernmental organization co-founded by her stepmother and based in Rome, Italy.

Book review rating:  8  (Fantastic!)
Read on and read always.
Posted by Storywraps at 10:55 AM