Frog in Love - a book review 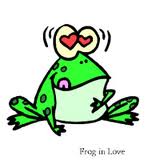 Quote of the Day:  "Keep love in your heart.  A life without it is like a sunless garden when the flowers
are dead."
~Oscar Wilde

"Love is like a beautiful flower which I may not touch, but whose fragrance makes
the garden a place of delight, just the same."
~ Helen Keller 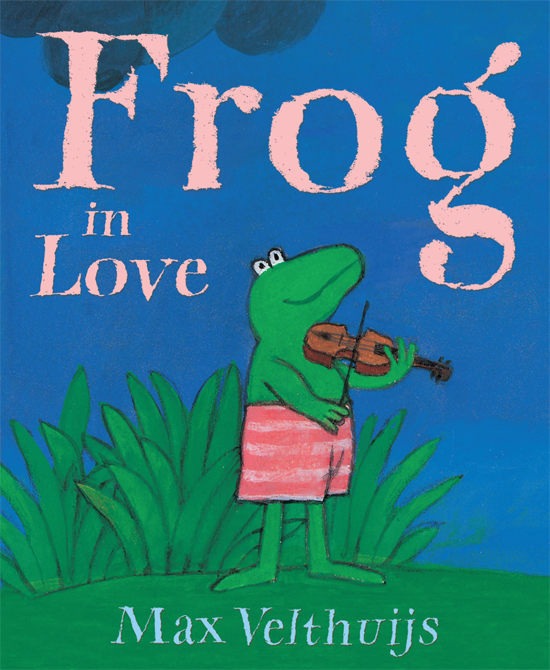 Ever been in love?  Ever have the classic symptoms of the love bug?  Did you walk around dazed, in a dream-like state?  Did your heart thump and pound uncontrollably?  Did you experience hot and cold flashes with periods where food just sat there untouched?  Well that's exactly how frog felt. His friend Piglet thought he looked sick and suggested maybe he had a cold.  His buddy Hare diagnosed his symptoms and declared that Frog was in love!  Frog finally admitted that Duck was the recipient of his unrequited love.  She was the "duckie" for him.

His friends did not condone the match because Frog was green and she was white but that did not matter one little bit to Frog.  He bestowed his love on her through pictures he painted, flowers he picked, and many gestures of giving from his heart.  She did not know who was wooing her but adored all the unexpected gifts she received.

Poor Frog, he pined away and could not eat his food or even get up the nerve to admit his love for her.   He decided he needed to do something quite extraordinary and then Duck would notice him and he would be worthy of her love.  He planned a daring act of bravery in which he sustained a terrible injury.  It was his girlfriend Duck who came to his rescue, nursed him tenderly back to health and together they proclaimed their love for each other.  They both lived happily ever after together, even though he was green and she was white. 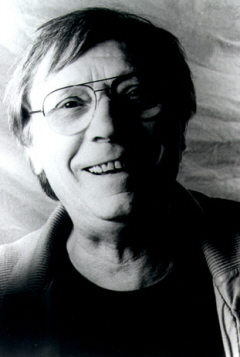 Max Velthuijs was born in The Hague in 1923, and died in 2005, aged 81. He is now considered to be one of Holland's most important creators of children's books, alongside Dick Bruna. He won several awards, including the prestigious Hans Christian Andersen Medal 2004. He worked as an illustrator of posters, adverts and films after the war and only started working on children's books in the 1980s. He lived in The Hague with his son.

Read on and read always!   Have an awesome day!   Au Revoir!

Posted by Storywraps at 9:46 AM