Quote of the day:  "The art of reading is in great part that of acquiring a better understanding of life from one's encounter with it in a book."
~ Andre Maurois 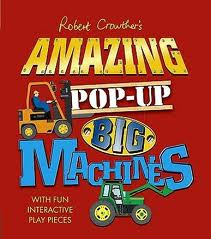 Nothing is more exciting than opening up a book and having magnificent "stuff" pop up at you in glorious 3D fashion.  Kids will get very excited reading this book and interacting in its play space.  If your child loves big,  powerful, mighty machines then this book is just the thing to present to him (or her).  The book is full of information regarding the machines and engineered paper models of a dump truck, bulldozer, tractor, forklift, and a huge tower crane come to life and lift right out of the page as each page is turned.  The machines have moveable parts with add-ons stuffed in pockets on that page, that you can pull out, fill up, hook onto but most of all play with, to your heart's content.  Your child will have such fun putting things together and supplying the audio needed to make the construction site come to life .

This amazing book was created by one of the master paper engineers, Robert Crowther.  His first book, "The Amazing Hide-and-Seek Alphabet", was originally published in 1977 and is still an international best seller.  His most recent pop-ups are a series of transport books including Trains, Ships, Flight and Cars.  You can check the contents of this book out on YouTube. 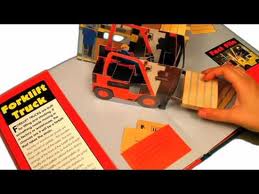 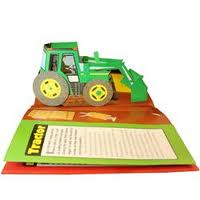 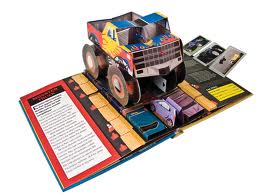 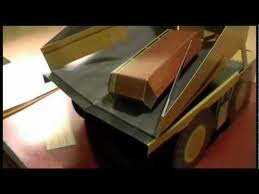 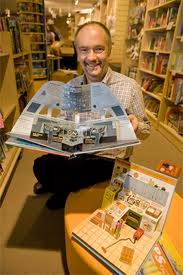 Robert Crowther was born in Leeds in 1948. His father was a commercial traveller and the family moved many times around the north-east during Robert’s childhood. He was interested in drawing from an early age, particularly detailed scenes packed with characters. While still at school, he produced illustrations for The Three Little Pigs for Yorkshire Schools Television. On leaving school, he went to art college, eventually taking an MA at the Royal College of Art.
It was while at the Royal College of Art that Robert became interested in pop-ups.  “I just loved the way things came alive when you did them in 3-D,” he says. Another of his college projects was to create a self-portrait in biscuit, which led to his being commissioned to make biscuit portraits of the Dutch royal family and a guest appearance on BBC TV’s The Generation Game! After college, he worked as a freelance designer for Madame Tussaud’s and other leisure venues, before becoming a full-time children’s book creator. Father of two and grandfather of three, Robert now lives in a Norfolk village with seven ponds and a lot of ducks!
Robert produced his first book, The Most Amazing Hide-and-Seek Alphabet Book while still at college. It was published in 1977 and became an instant bestseller, revolutionizing the world of novelty books. "I didn’t think I could get it printed, because there were a lot more mechanics than in other books at the time. Normally books only had six pop-ups; mine had twenty-six!"   Over the following decades Robert has produced numerous novelty books, earning him international acclaim and the affectionate moniker "Mr Pop-up". He regularly gives pop-up workshops and demonstrations in schools, libraries and festivals throughout the UK and in the USA.

In 2010 Robert has painted two deckchair canvasses to be exhibited, along with other illustrators, in different venues around Suffolk before being auctioned to raise money for the St. Elizabeth Hospice, in Ipswich.

Have a great weekend and drop by and see me again on Monday when I have some more fantastic books to share with you.  Chon!