The Dark - a book review 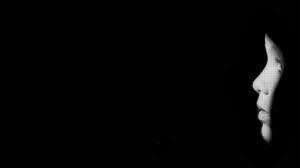 Quotes of the day:

* "Never trust anyone who has not brought a book with them."

*"A good library will never be too neat, or too dusty, because somebody will always be in it, taking books off the shelves and staying up late reading them. "

* All the secrets of the world are contained in books. Read at your own risk."

* Well-read people are less likely to be evil."

*If you are a student you should always get a good nights sleep unless you have come to the good part of your book, and then you should stay up all night and let your schoolwork fall by the wayside, a phrase which means 'flunk.'

*"Reading is one form of escape.   Running for your life is another."
~Lemony Snicket

Two amazing,  talented "greats" of the children's storybook world team up together to give us a book that takes on one of the most common childhood fears....The Dark.

Written in short sentences, filled full of suspense and anticipation this book will have your child not only confront that fear, but come to terms with it and finally, embrace it.

"Lazlo is afraid of the dark.  The dark lives in the same house as Lazlo.  Mostly, though, the dark stays in the basement and doesn't come into Lazlo's room.  But one night it does."

Lazlo in his powder blue pajamas always has his trusty friend, the flashlight with him....just in case.  The night his nightlight burns out he is forced to face his deepest fears.  Lazlo then takes his flashlight and goes on a conquest which leads him right into the presence of Darkness itself.  Snicket personifies Darkness giving it a voice and characteristics and it calls out to Lazlo, "I want to show you something."  Lazlo musters up all the courages within him and clinging onto his trusty flashlight he follows Darkness into the black, scary basement where Darkness lives.  While there he makes a discovery that puts his mind at ease and comes to the realization that Darkness is not to be feared after all.

"Darkness is not afraid of you.  The darkness is a necessary component of the universe, not least of all because, if there is no darkness, how would you ever know if you needed a light bulb. " Such words of wisdom to ponder.

Jon Klassan ( a Canadian, I might add...yea)  uses gouache and digital tools which work perfectly with Snickety's sparse text.  His colour pallet is subdued and the black, the blackest black, ever.  The glare of Lazlo's flashlight cuts through that black giving comfort to the reader and renders hope.  It is a fabulous book that will surely become a classic.

I love the last page where you see little Lazlo playing with a few of his toys as the sun is setting and his flashlight is nowhere to be seen.  He has finally conquered his fear of the dark. 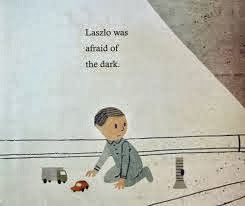 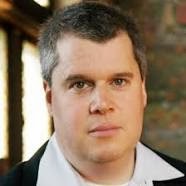 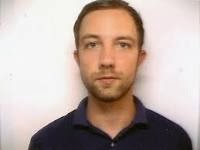 Posted by Storywraps at 9:47 AM