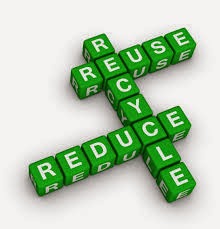 Welcome to Storywraps today.  The answer to Saturday's book quote is:

From: "The Little Engine that Could"  by Watty Piper

Today's first line of a well-known children's book is:

"The Lupin lady lives in a small house overlooking the sea."

Can you guess the book title and author of the above?  Good luck. 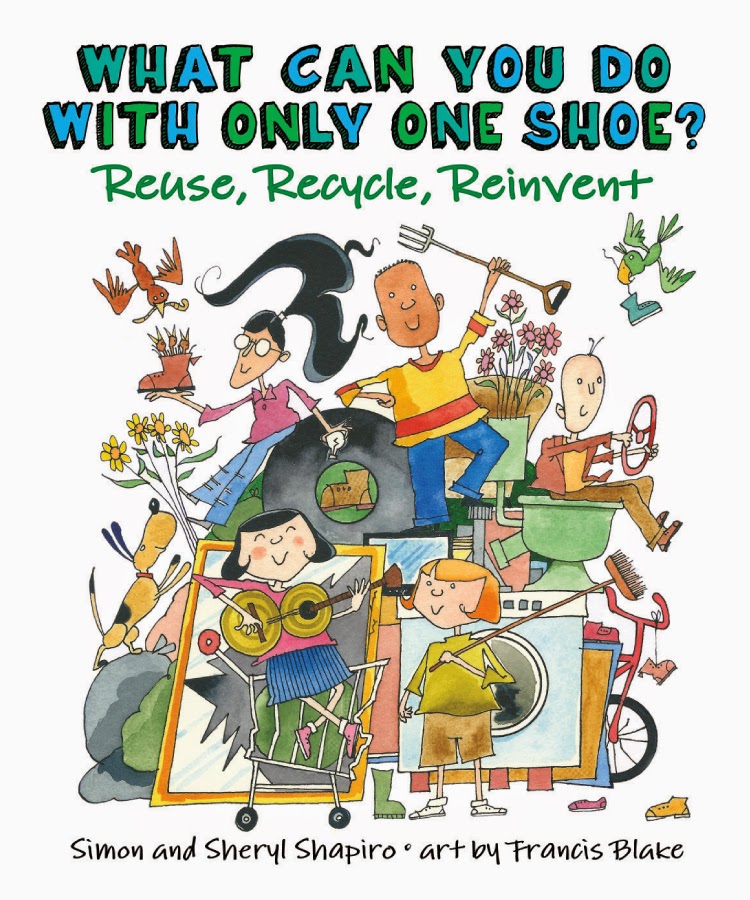 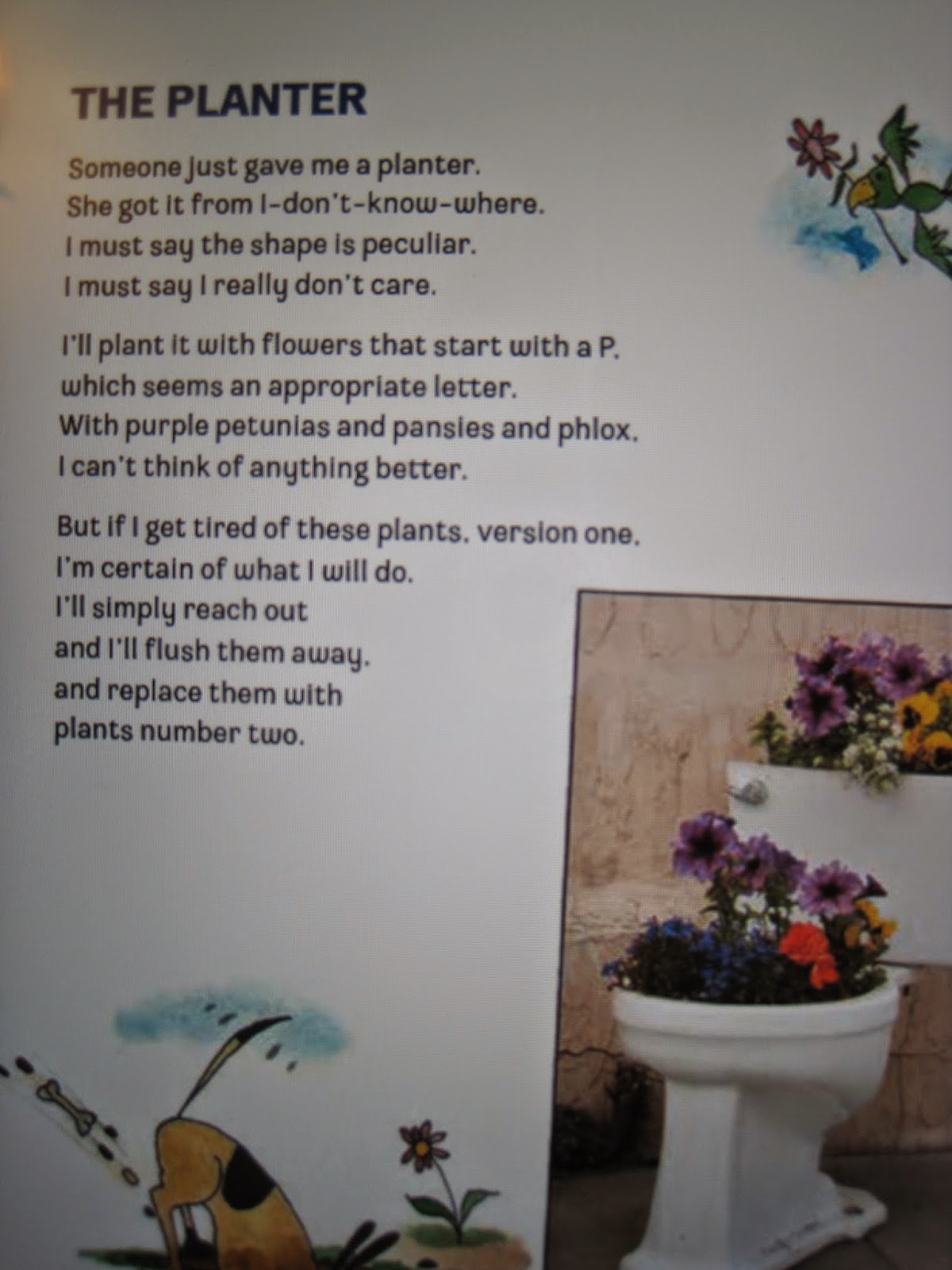 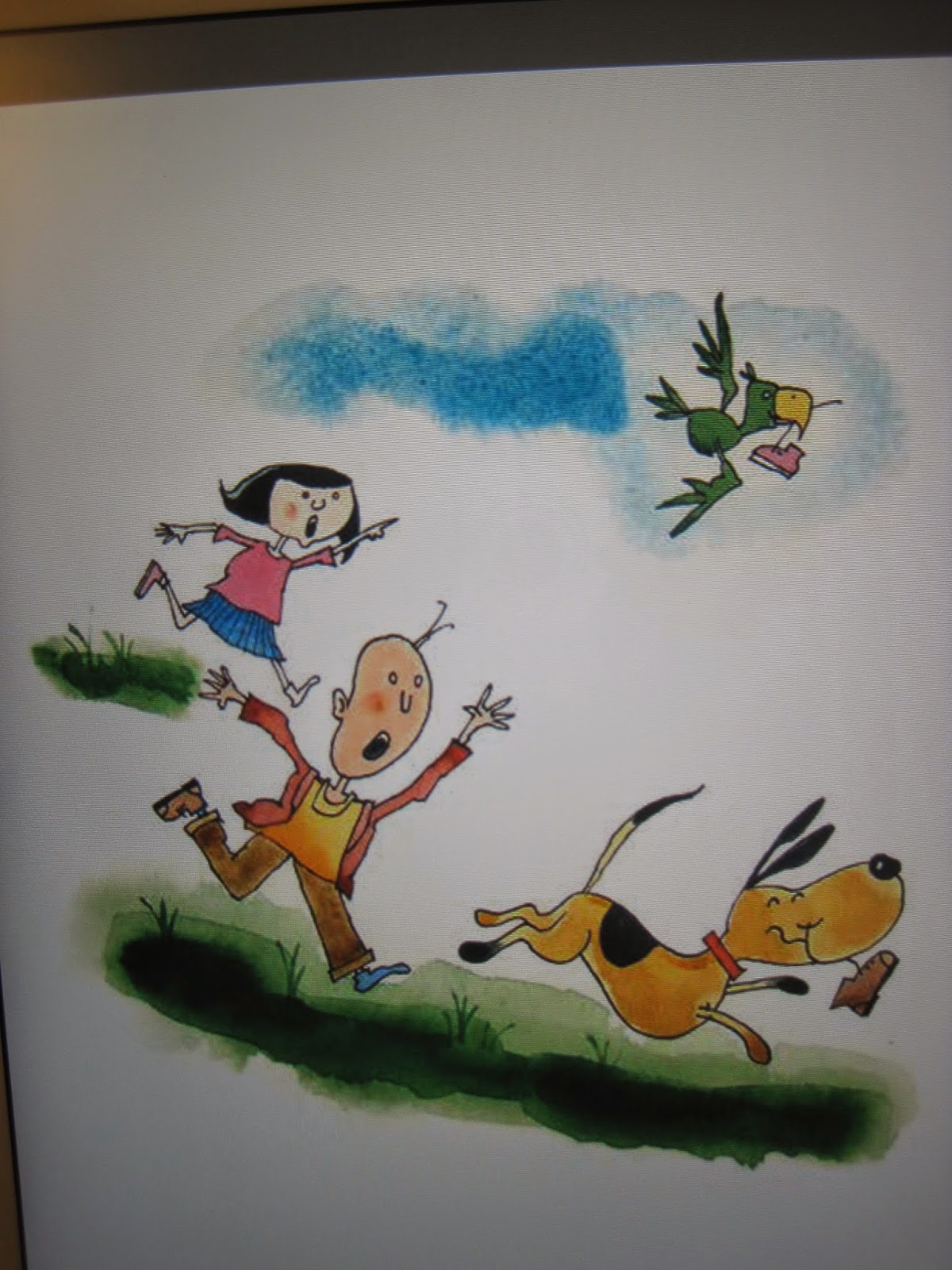 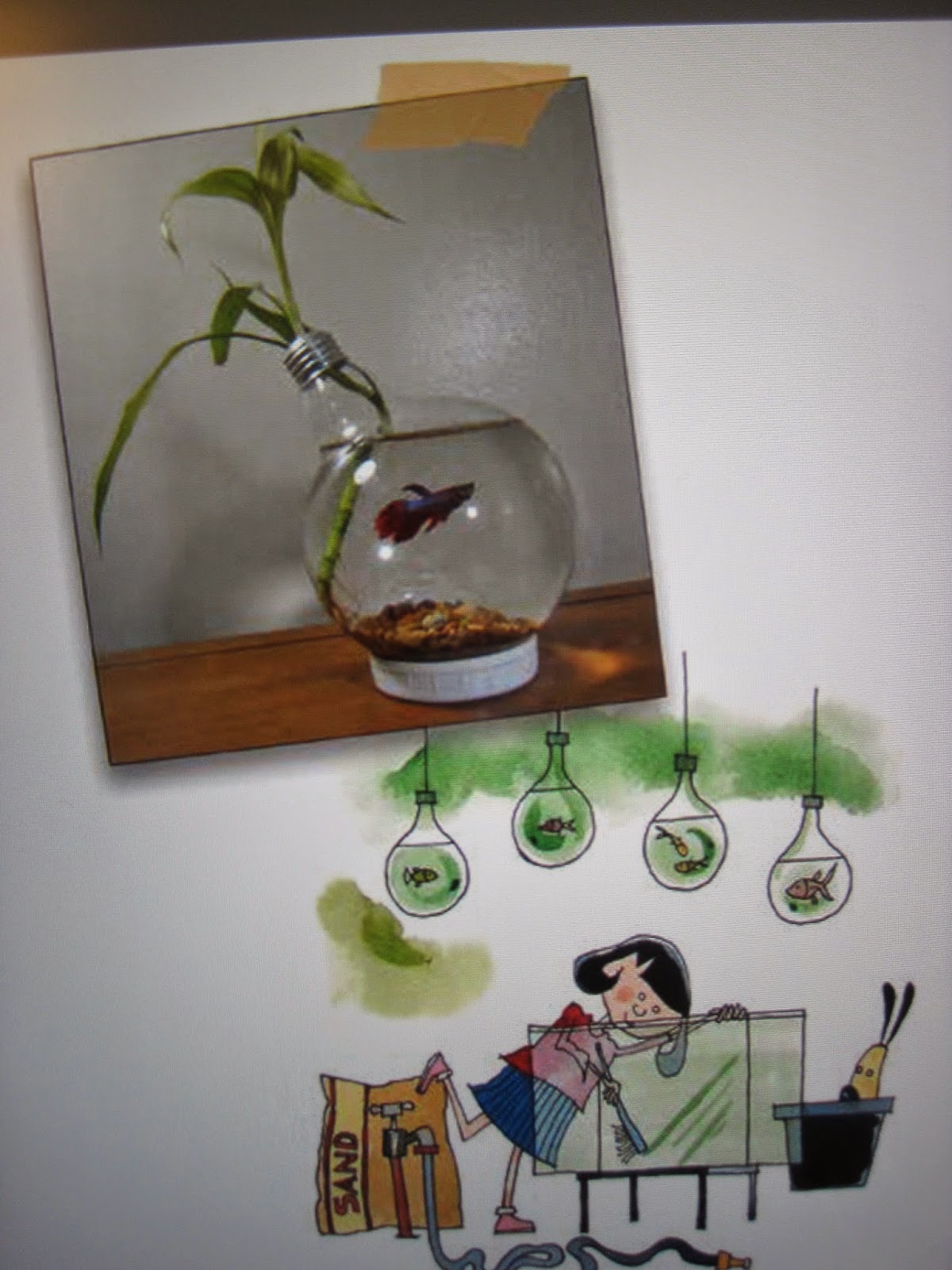 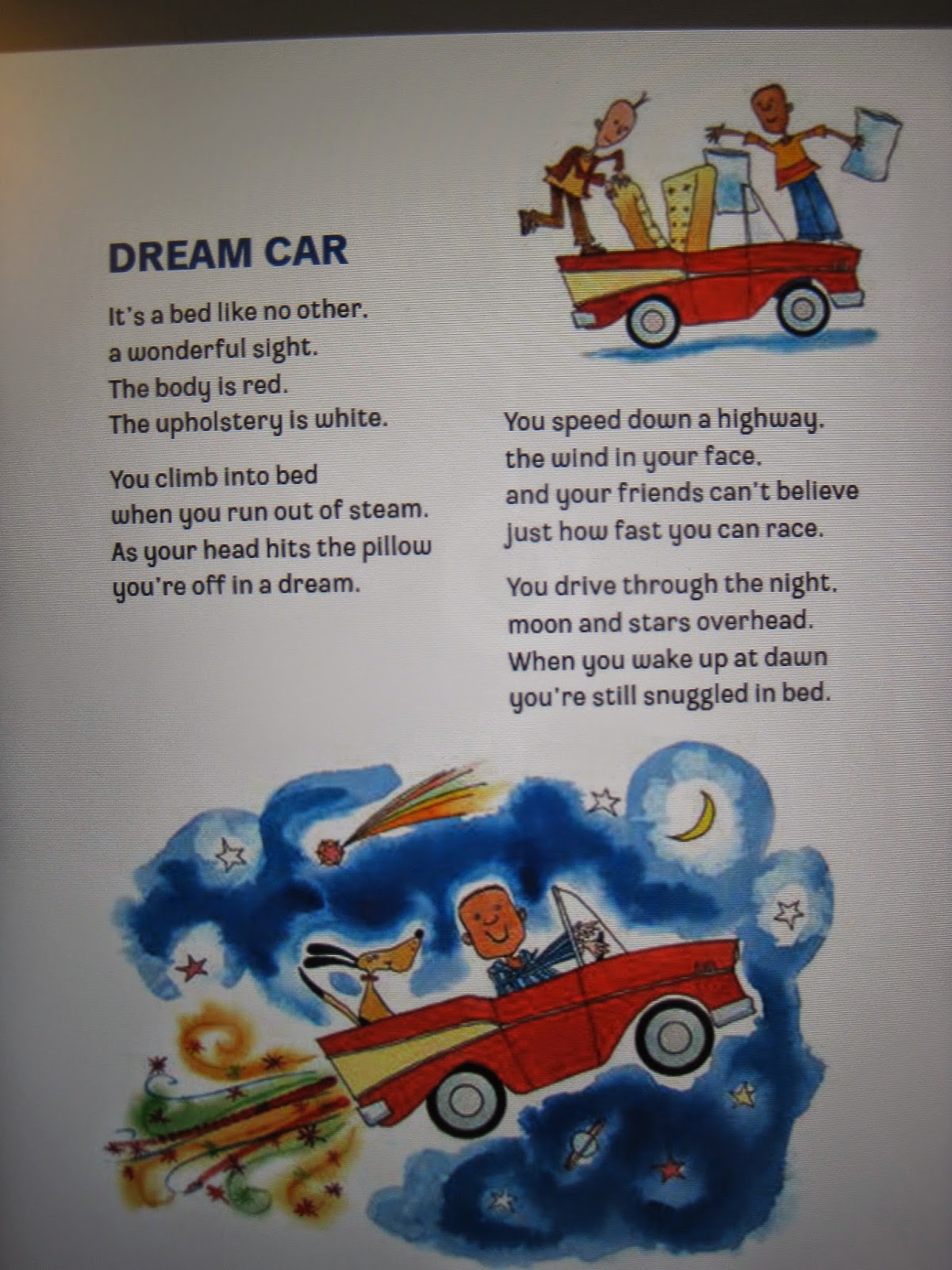 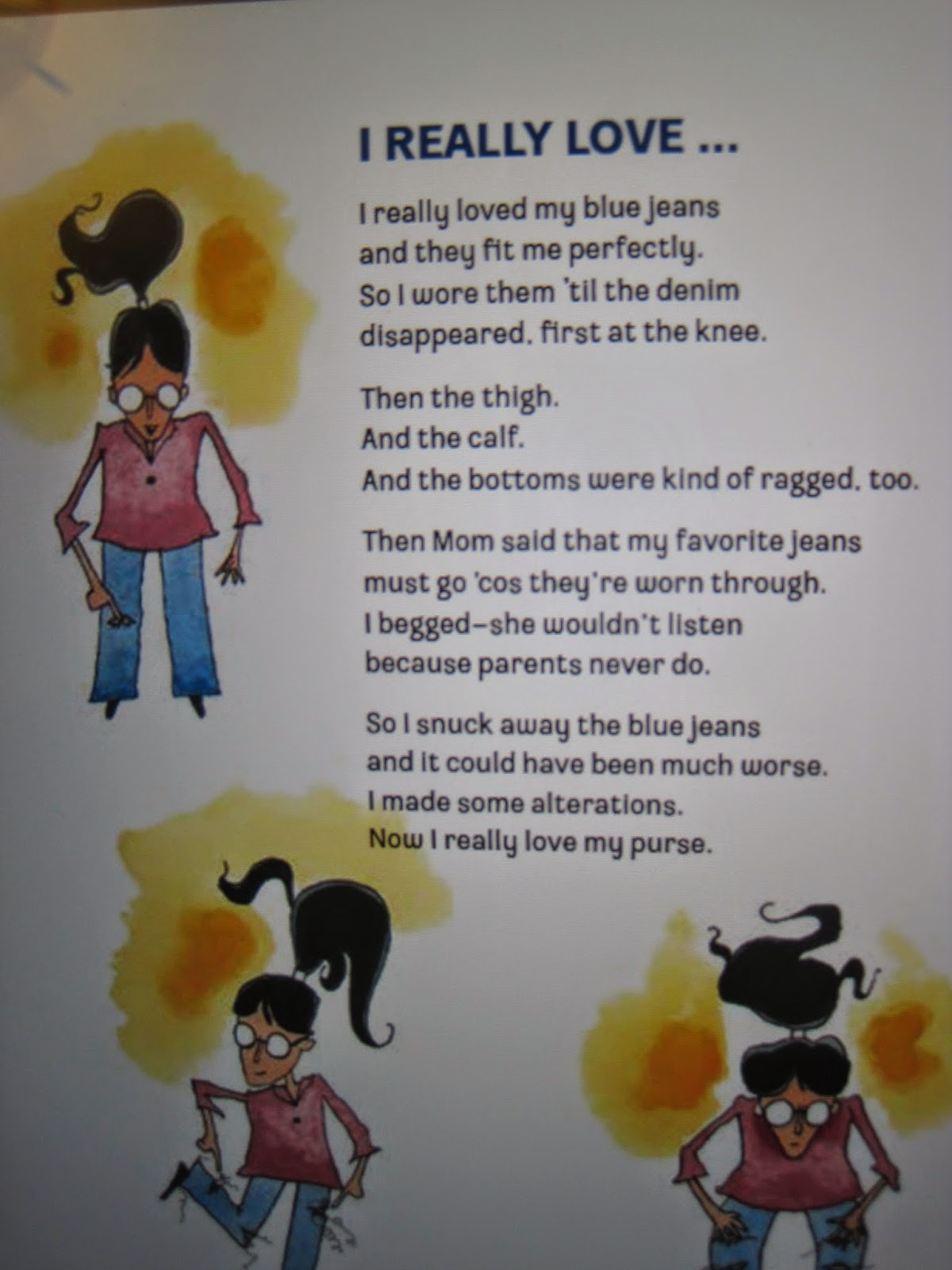 This delightful rhyming book is a fun, quirky way to start a conversation and teach about the value of recycling, reusing and reducing the waste around us.  In perfect rhythm the authors expose 13 everyday objects that have been transformed into something so creative and imaginative it will surely bring a smile to your face.  Kids are always fascinated by the ability of something being transformed right before their eyes.  Recycling "magic" at its best.  A discarded toilet is morphed into a beautiful flower planter, an old sneaker makes the idyllic bird feeder when nailed to a tree, and a favourite old pair of tattered and worn blue jeans is cut and sewn into a designer purse to extend its life a little longer and bring comfort to its owner.

The cartoonish illustrations blend perfectly with the poems and the combination of real photos plus manmade illustrations work flawlessly.  "What Can You Do With Only One Shoe?" Reuse, Recycle, Reinvent, will have your kids looking around your home to see what they can invent from your throw-away pile.  This book will surely give them inspiration to do just that.

When Sheryl and Simon Shapiro met over 35 years ago in South Africa (where they were born and grew up), they had very different interests. Simon had studied subjects like applied mathematics and physics, and worked as a computer programmer. Sheryl had studied print-making and oil painting and worked as an art teacher. Over the years, their lives—and their interests—changed. Simon took up photography as a hobby, learning about color and composition, and now loves visiting art galleries. Sheryl became an art director and book designer, and now spends all day, every day, using a computer.
They have other things in common like enjoying music, movies, theater, reading, and spending time with their son Stephen who has written four books for Annick Press. They also discovered that they liked writing humorous rhymes for special occasions. When the opportunity came up to write a book together, they jumped at the chance.
Their different abilities and different approaches made working on the book interesting. And there were many happy hours along the way. But they agree that working separately could never have produced the amusing mixtures book called Better Together (2011). Their second rhyming picture book, Slither Slide, What’s Outside? (2012) is a National Parenting Publications Awards, Honor Winner. Now they have written two picture books in verse that explore the concepts of shapes. Ladybugs Have Lots of Spots and Zebra Stripes Go Head to Toe (Fall 2013) combine vibrant photos and bouncy rhymes to introduce young children to the concept of shapes.
Sheryl and Simon live in Toronto, Ontario.
About the illustrator: 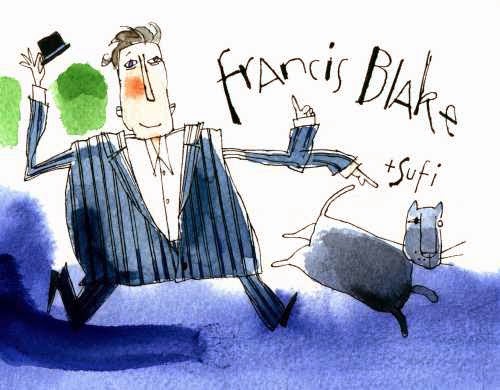 Francis Blake has been an illustrator for as long as he can remember, and his artwork appears in magazines, books and advertising campaigns across North America and Europe, as well as the Far East.
His original paintings and drawings are in private collections as far apart as Melbourne, Toronto and Wigan.
Through the medium of ink and water-colour, his illustrations employ a subtle line, augmented by intoxicating flourishes of colour. The apparent simplicity of his work belies a considerable technical ability.
Francis' pictures can be darkly satirical or warm and personable, but are always informed by a sharp wit.
He is represented exclusively by Three in a Box Inc., and lives in London with an increasingly demanding and occasionally very bad-tempered cat called Sufi.
His hobby (by necessity rather than vocation) is a sixty-foot garden from which he acquires colour, inspiration and backache in equal measure.

Read on and read always!  Have an excellent day everyone.

Posted by Storywraps at 9:25 AM