For the love of buttons.... 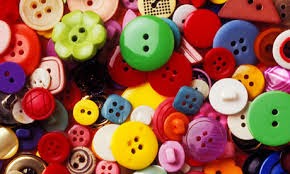 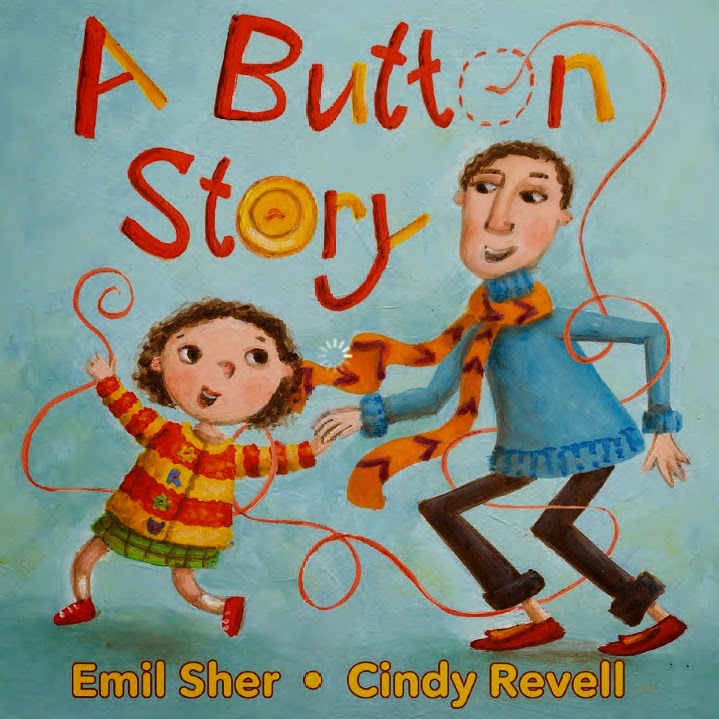 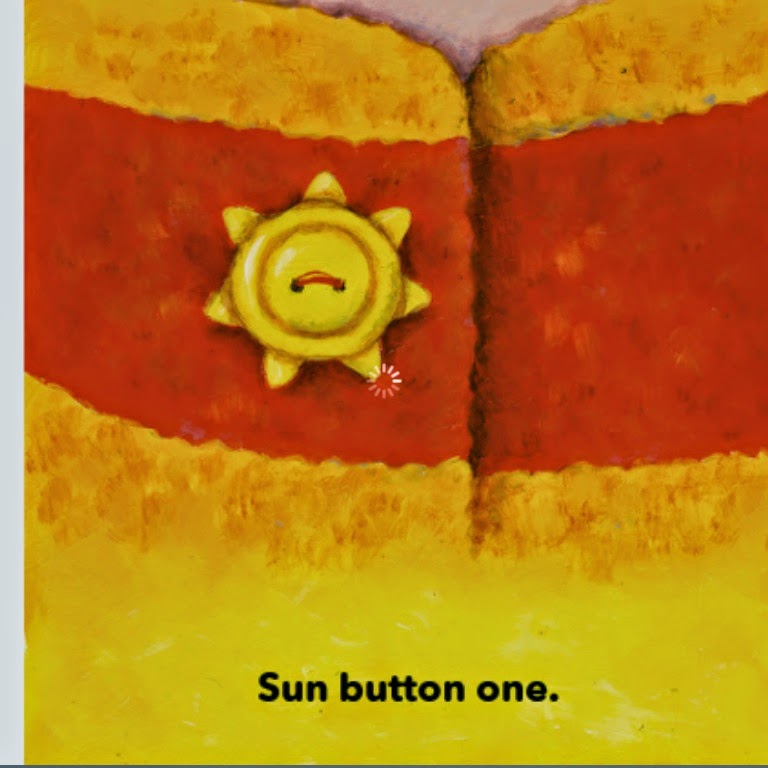 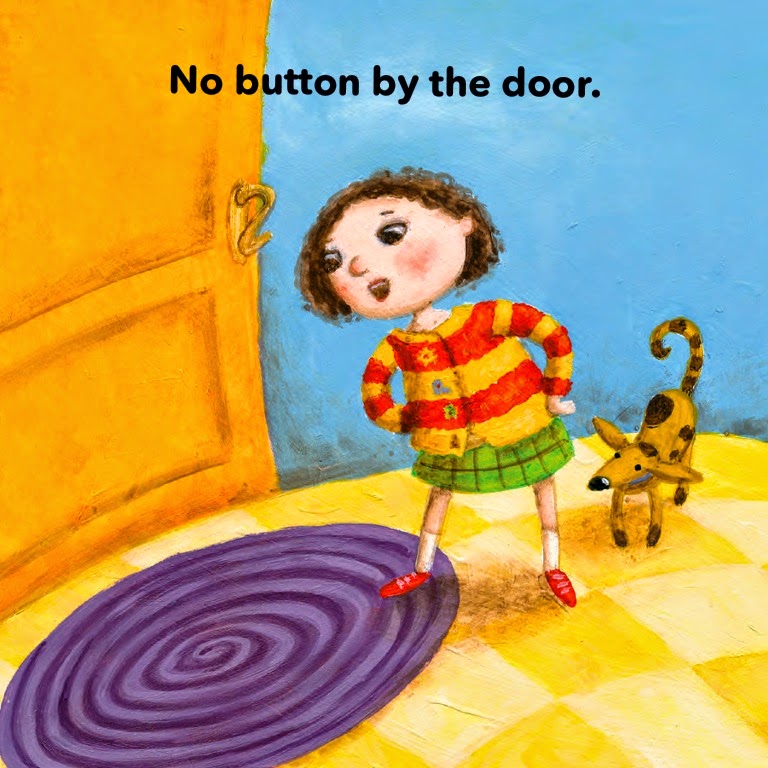 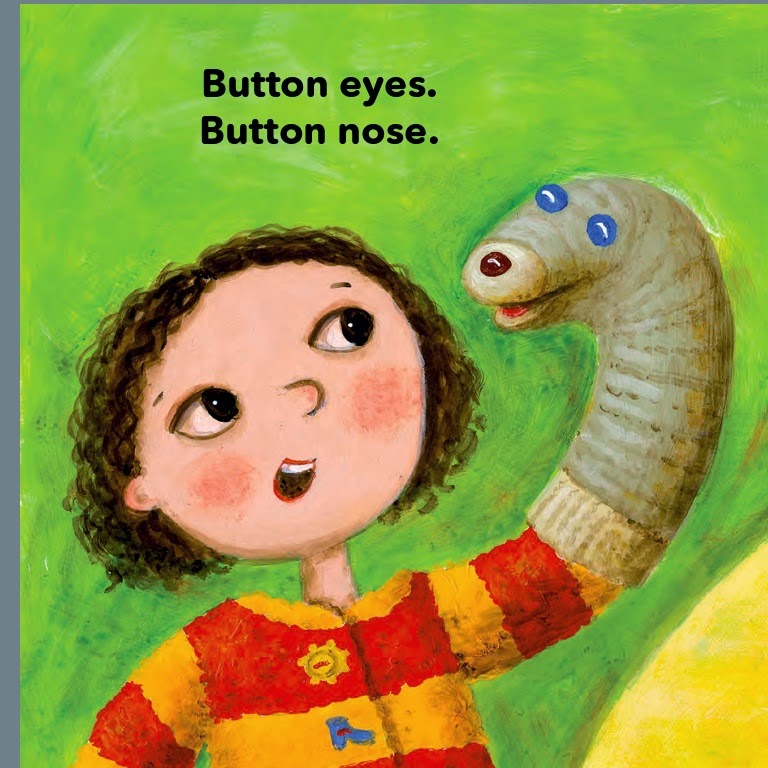 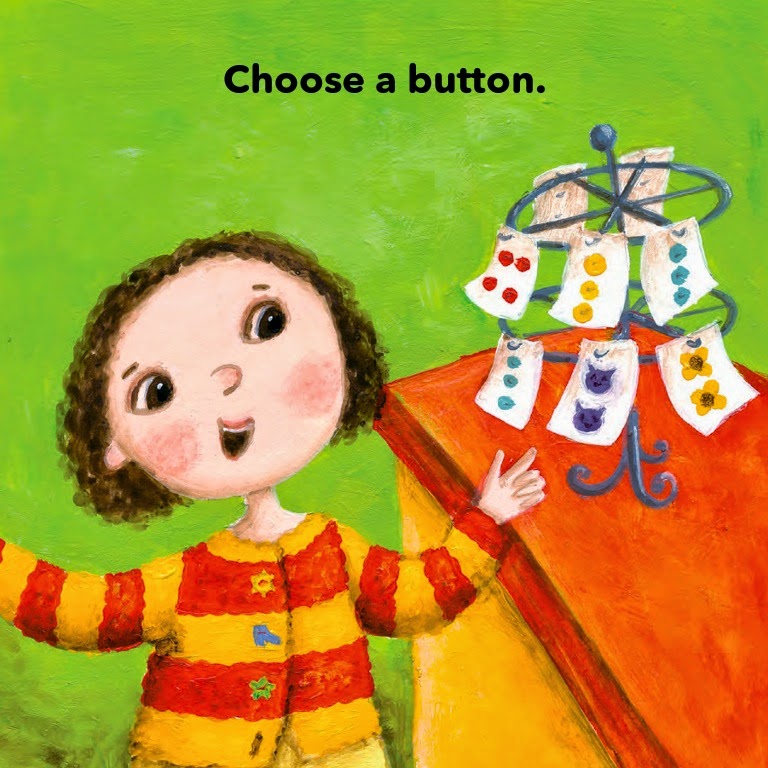 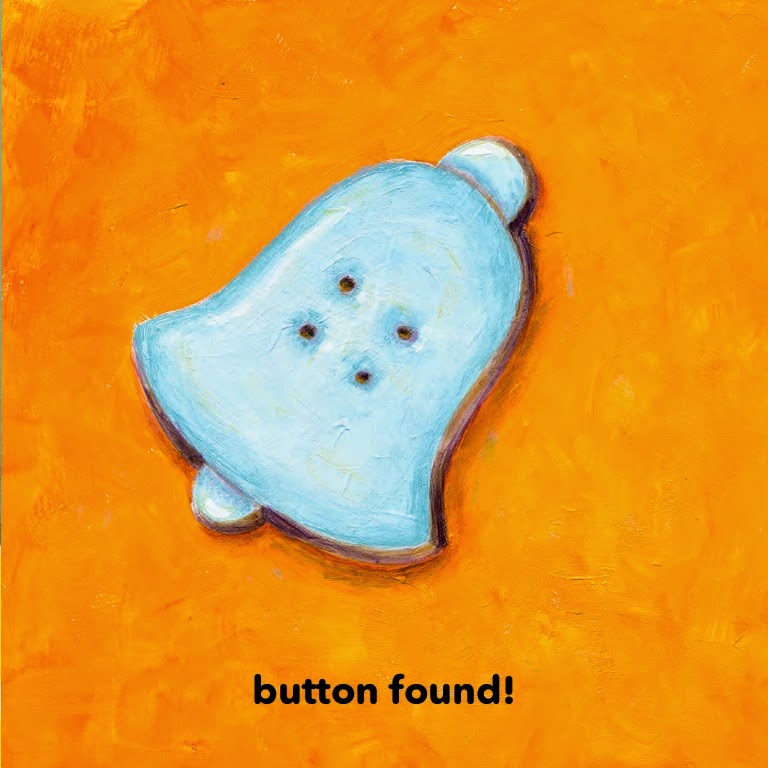 This beautiful little board board will have your kids asking for the button jar and browsing the colours, shapes, sizes and memories that are contained within it.  In simple text and illustrations that are portrayed in bright, brilliant colours, this book is perfect for little hands to hold and understand.  If you have ever lost a button then you know how frustrating it can be to try and find it so you can sew it back on your beloved garment once again and feel the world is at peace.

Such a thing happened in this book.  A favourite lost button vanishes and the adorable little girl searches the whole house trying to recover it so her button collection on her favourite sweater can be complete once again.  Alas she was unable to find the rogue fastener. Her dad, realizing the importance of that special button to his daughter, whisks her off to the local button store where she browses through hundreds of button cards until she finds a perfect replacement.  Will her lost button ever turn up?  Where could it have disappeared to?  Should she just give up the search and be happy with her new substitute? What would you do?  One thing you should do is to read this wonderful story to find out if indeed the little girl succeeds in her mission and if the end result brings a smile to her face and contentment to her heart.

Emil wears many different hats as a writer, whatever the weather. On any given day he might start out wearing a children’s fiction hat, stop to walk his hatless dog, and then return to his desk with a playwright’s hat neatly strapped to his head. A few hours later the strap is untied, the dog is fed, and Emil is back at his hat rack, deciding what to wear next. He might be working on a screenplay, a script for a cartoon show, the lyrics for a musical. What Emil loves about writing is that you never really stop writing, even if you’re not writing anything down. Ideas and images are often floating in his head. Hence a hat (even if it can’t be seen): he needs something to help catch his thoughts before they drift away.
Whatever the hat, whatever the story, Emil’s work day always begins the same way: he stares at the open sea of a blank page and weeps. How, he wonders, will he possibly fill this gulf with words that count, with language that might last after a page is turned? He feels stuck before he has even started. And then he repeats his daily mantra: “Write.”
And so Emil writes. He writes for the young and once-were-young. He wrote the stage adaptation of Hana’s Suitcase, the beloved Holocaust children’s book by Karen Levine. He also had the pleasure of adapting an Annick book for the stage: Edward the ‘Crazy Man’ by Marie Day. Other plays for young audiences include Bluenose and Beneath the Banyan Tree. Emil founded Breadbox Theatre in 2005 to introduce early-grade schoolchildren to the joys of live theater with a story that unfolds in a breadbox filled with kitchen-utensil puppets. Several of Emil’s poems have appeared in Chirp magazine and he has also written the story for a children’s ballet performed by Ballet Jorgen.
Emil’s works for older folks include such stage plays as Mourning Dove, a feature-length screenplay, and several radio dramas. His plays have been translated into Hebrew, Slovak, and Italian. In addition to his mother’s praise, Emil has received awards for his radio plays and screenplays. He gives presentations in schools about the writing life, and never steps into a classroom without a hat.

Cindy Revellwas raised on a farm in Saskatchewan where she loved to build forts, pick berries, and swim in the Red Willow Creek with her sister and brother. Cats and dogs were always an important part of her life and frequently made appearances in her artwork. They still do. Instead of weeding the garden, gathering eggs, and other un-fun things that her mother wanted her to do, she managed to spend as much time as she could reading, drawing, and using her vivid imagination. Cindy now has a chicken house, garden, and studio. Her mother doesn’t say a thing, but is probably thinking ‘oh, now she wants to garden and gather eggs!’
After receiving her diploma in Environmental Graphic Design, she worked as a designer and illustrator for several years before becoming a freelance illustrator. Cindy is a Governor-General’s Award nominee and award-winning artist whose work brings life to children’s books, CDs, books, magazines, calendars, packaging, murals, and other very fun products all over North America.
Cindy’s lively imagination is the raw material for her illustrations and whimsical oil paintings. Digital, acrylics, oils, watercolor, and scratchboard are her mediums. It’s all tied together with vibrant color, a strong sense of design, and spiced with a dash of humor. Her illustrations for the two Annick board books by Emil Sher, A Button Story and A Pebble Story (Fall 2014), are fine examples of her lively style.
A versatile artist, she also loves fine art. Her whimsical tableaus feature cats, birds, gardens, still-life, and interiors, and are lively with pattern and the same sense of fun as her illustrations. Her realistic still-lifes glow with light and are richly colored. Calm and meditative, they reveal Cindy’s introspective side. She is inspired by the work of the Flemish painters and numerous old masters, folk, medieval, Asian, and eastern art.
Cindy lives in Sherwood Park, Alberta.

Read on and read always!  Have a great, great day everyone.

Posted by Storywraps at 9:11 AM