Let's Do Nothing - a book review 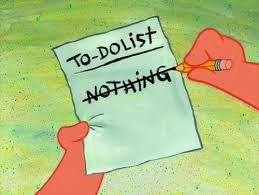 "Nothing was ever achieved without enthusiasm."  - Ralph Waldo Emerson

"I've got nothing to do today but smile."

"Sometimes you have to let go and be free."

"Doing nothing is easy.  That's why so many people do it." 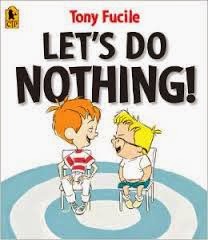 Title:  Let's Do Nothing!
Author and Illustrator:  Tony Fucile
Ages: 5-8 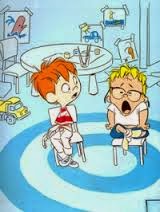 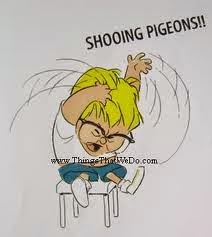 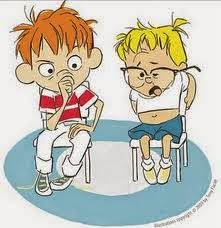 Frankie and Sal are worn out.  They have painted copious masterpieces, read all their comics, played all their board games and every sport ever invented, baked enough cookies to feed a small country, and on and on and on, to the point of exhaustion.  So now what can they do?  Their brilliant minds come up with this novel idea. They challenge themselves to do absolutely NOTHING for ten seconds.  Can they do it?  Is it a realistic, attainable goal for two bored and hyperactive little guys?

Well not for these two.  They drag out two chairs for the event and try to quiet themselves.  They try, they really do, but Frankie's imagination kicks in and that's when the fun kicks in too.  The boys play statue...."carved out of stone and stuff," but Frankie imagines pigeons landing all over him and as he shoos them away, well,  that sure messes up that plan.  They play stoic, stationary redwood trees, but a dog happens alongs and you know what happens when a dog sidles up close to a tree.....yep....your right....that happens.  As a last ditch effort they imagine to be fixed, rooted sky-scraper buildings.  That should work.  Building can't move. They should be safe with that scenario.  But wait... once again Frankie sees a great big old hairy hand coming up the side of his pretend Empire State Building and who should appear but King Kong himself.  EEkkkkk....time to run.........

Frucile's illustrations are expressive and his back ground in animation takes the pictures to a whole new level of interest and entertainment for the reader.  He adds humour and fun to his pictures by incorporating each boys presence by a set of eyes and of course, Frankie's glasses.  So what is the moral of the story?  It's hard to do nothing....harder than doing something, so what the heck, something it is!!!!

About the author/ illustrator:

Tony Fucile has spent over twenty years designing and animating characters for numerous cartoon feature films, including THE LION KING, FINDING NEMO, and, THE INCREDIBLES, for which he was a supervising animator. LET'S DO NOTHING!is his first book. Tony Fucile lives with his family in the San Francisco Bay area.

Awards for his book include:

Read on and read always!  Get out and do SOMETHING today will you? Way to go.  :)