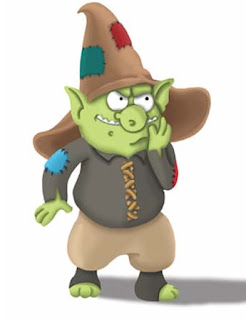 I'd like you to meet The Grumpface.  He's not as scary as he looks but he is coldhearted because of a curse that has been cast upon him............ here's his story!

"All of Dan's interactions with the Grumpface are delightful, and Fegan's competent and clever rhymes scan well." "A skillful fairy tale..." - Kirkus Reviews

"Overall, readers young and old will appreciate this tale of a bumbling but valiant hero who puts his own spin on a classic quest. The Grumpface is an entertaining book worthy of multiple readings." - BlueInk Review

"The Grumpface is light and fun, and the grumpiness and daftness of its leads are sure to set children giggling." - Foreword Clarion Reviews

"Sweet and funny picture book with vivid illustrations and clever rhyming text. Emphasises the value of positivity and laughter." - The Bookbag 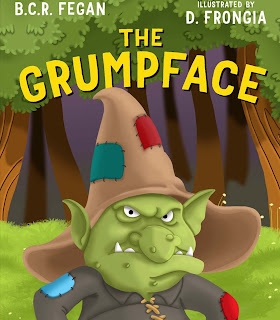 
Unwrapping some fantastic illustrations you are going to love... 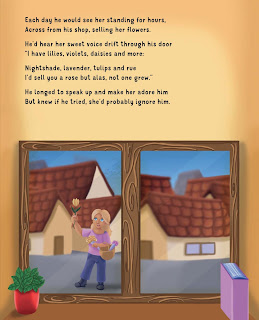 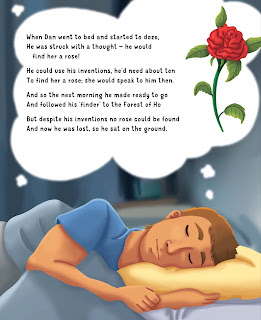 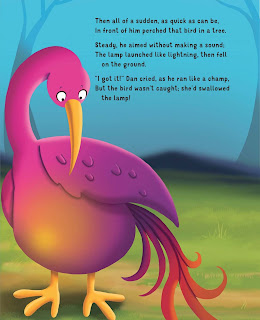 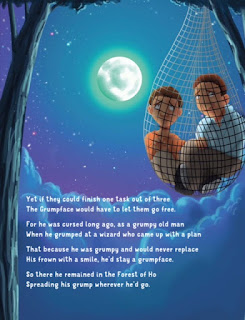 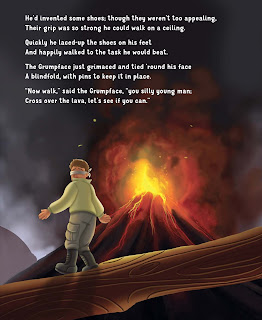 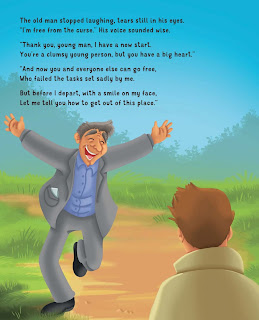 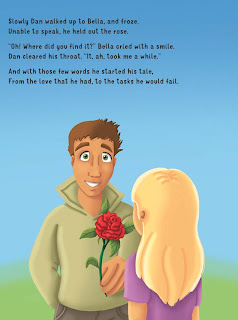 "In a land far away, at a time long ago,
Was the  Village of Hay, near the Forest of Ho.

In the midst of the forest, in the darkest place,
Lived a grumpy old creature they called the Grumpface.

And so easy it was to get lost in that place
And get caught in a trap by that grumpy Grumpface."

An awkward, bungling inventor named Dan looks through his window every morning and sees the lovely Bella, a street flower vendor, who calls out her flowers by name to the passers-by.  Unfortunately she has no roses to offer for sale as none have  grown.  Dan, smitten by her beauty, decides to find a rose she so desires and present it to her.

He goes on a journey of discovery into the Forest of Ho, gets completly turned around, then finds he is totally lost.  He is captured by an ogre named Grumpface.  Grumpface is so named because many years ago a wizard cast a spell upon him leaving his face permanently grumpy or so he thought.

No one is allowed to leave Grumpface's forest until he can successfully complete one of three tasks the ogre challenges him to perform.  Dan uses his not-so-reliable inventions to perhaps capture a beautiful bird in a lantern, to help aid him cross a bridge over an active volcano while blindfolded, and the third? Well he must go into a deep, dark cave and find a small silver statue that is somewhere strewn on the ground.  Oh my!  Can he overcome these obstacles with his invention's shortcomings? Surely he can complete at least one of the quests successfully and then be released to return back home to his beloved Bella?  Each time his efforts are botched... but are they really?  The outcomes might be failures but they are such ridiculous failures that a tiny smile flickers across Grumpface's face each time and each time that smile gets bigger and bigger!

On his last challenge Dan trips and falls in the dark cave sending the statue he is trying to locate flying.   When he emerged to  present the statue to the ogre it's not the statue but his boot.  Grumpface finds this so amusing and so utterly ridiculous that he burst out laughing and cannot stop.  The laughter breaks the curse upon him and he returns to a normal man.  The happy guy is so thrilled to be back that he releases Dan immediately, even giving him a reward of how to find a precious rose to take back to his sweetheart Bella.

All fairytales have happily ever after endings and this one is no exception.  Told in rhyming couplets this book is a perfect read aloud to share.  Everyone loves a heartwarming story, a hero who risks his very life to acquire the girl of his dreams, and who can resist the transformation of a Grumpface into a Smileyface... it's redemption at its very best.

The illustrations are crisp, charged with vibrant colours and so expressive.  They can stand alone as a reason to get the book. This is the author's debut book and I can't wait for his next one.  I highly, highly recommend "The Grumpface" to my readers. 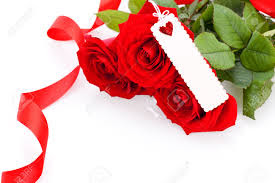 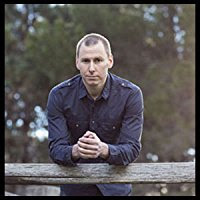 BCR Fegan is an Australian author who has written a number of fairy tales and fantasies for children and young adults.

Raised on a small hobby farm only minutes from some of Australia’s greatest beaches, Fegan grew up inspired by the power of natures ambience. From the intensity of the frequent summer storms, to the overwhelming serenity of a lonely beach in the early hours of the morning. His ravenous appetite for both reading and writing soon saw him drawing on the transformational influence of the world around him to craft short stories, poems and picture books

As time wore on, Fegan also found inspiration in the magic and depth of authors and compositors like Hans Christian Andersen, the Brothers Grimm and Charles Perrault. He was mesmerised by the potency of small but beautiful phrases that were carefully carved from the minds of Samuel Taylor Coleridge, Alfred Lord Tennyson and Robert Frost. He grew to appreciate the worlds meticulously created by David Eddings, JRR Tolkien and CS Lewis.

Eventually, he began to forge his own complete works. Weaving his own magic, piecing together his own phrases and crafting his own worlds. Agonising over plots that would inspire, characters that would be loved and circumstances that would delight. In time, his efforts saw a number of children’s books and young adult fiction produced. Through the efforts of TaleBlade Press, these works are now being published with that same careful dedication.

Posted by Storywraps at 9:18 AM