"A Cheerful Little Earful" - a musicwrap

PUTS A SMILE ON TH FACE OF
JAZZ

WITH HER SECOND FAMILY ALBUM 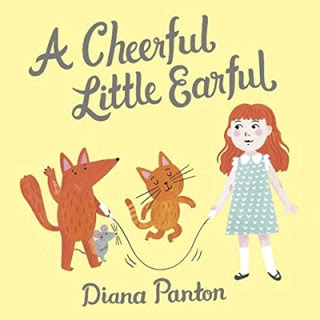 * A Cheerful Little Earful will be available in the U.S. and Canada from Amazon.com, iTunes, and Spotify. The album will also be available internationally.

"What makes Panton special is that she's herself.  You feel her relaxed, playful personality throughout, and the quality of her voice is remarkable... a voice that's as gentle as a doe but smart as a fox.  Bravo!
-Marc Myers, JazzWax


Vocalist Diana Panton is from Hamilton, Ontario.  She is the recipient of two Juno awards, one for her jazz album "Red", and then her first kid's album, "I Believe In Little Things."  Her song choices are enjoyable for both a younger and older audience.

Conceived as a spirited encore to her winning debut children's album "I Believe in Little Things", "A Cheerful Little Earful" is a thoughtfully curated treasure of sparkling gems from the Great American Songbook seasoned with universally recognized hits from Disney, Sesame Street, and more.

Appearing with her is Order of Canada recipient Don Thompson who has establish a secure place for himself in the galaxy of jazz greats.  Complementing all this talent is the super playing of National Jazz Award-winning guitarist Reg Schwager.

The album opens with a wonderful rendition of “Happy Talk,” a song written by Oscar Hammerstein II and Richard Rodgers for South Pacific.  That’s followed by “It’s A Most Unusual Day,” which was written for the 1948 film A Date With Judy.  Diana Panton delivers a sweet, joyful vocal performance, and "Look the Rainbow" brings out the pure fantasty of this song from the musical "Finian's Rainbow, " just to showcase a few cuts for you.


Since the release of her first album in 2005, Diana Panton's career has never ceased to accumulate momentum, drawing International acclaim for her ten albums as well as the impressive variety of her catalogue songs. 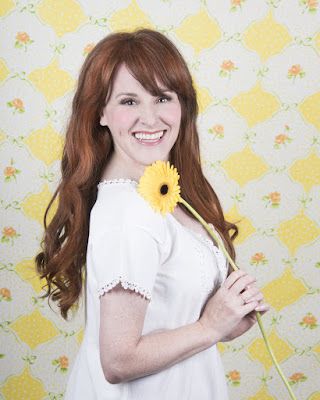 Diana Panton has quietly become one of the brightest lights on the jazz scene today. Her work has been consistently praised by listeners and music critics alike for her ethereal vocals, exceptional song selection and emotional intensity. "Her diaphanous vocal sound never insists and her high speed vibrato is like the beat of a hummingbird's heart - natural, untainted and pure." (Lesley Mitchell-Clarke, Wholenote Magazine)
Her keen aesthetic sense has attracted the attention of some of the jazz world’s most respected masters.

Before recording her first album, Panton completed an Honours Masters degree in French literature and fulfilled a teaching engagement at the University of Paris (France), followed by a position as a French Sessional Lecturer at McMaster University (Canada). She then completed teaching qualifications in French, Visual and Dramatic Arts which would eventually lead to her current position at Westdale Secondary (Canada).

Panton is the recipient of the 2016 Hamilton Arts Award for Music, the 2017 Woman of Distinction in Arts/Culture/Design by the Hamilton YWCA, the 2017 OSSTF Wayne Clark Teaching Award and a 2017 Hamilton Wentworth District School Board's Profiling Excellence distinction. Diana was also recently the featured guest host on CBC Radio. Previous Tonic radio host Tim Tamashiro named her one of Canada’s TOP 5 Jazz Vocalists. The jazz listenership at JAZZ.FM voted Diana onto their list of the Top 25 of Canada's Most Significant Jazz Musicians.

* Happy Talk
* It's A Most Unusual Day
* "A" You're Adorable
* Red Red Robin
* I Don't Want to Live On The Moon
* Cheerful Little Earful
* If You feel Like Singing, Sing
* Music And Me
* Pocketful of Miracles
* Look To The Rainbow
*All In The Golden Afternoon
* Experiment
* Aren't You Glad You're You?
* Sing A Rainbow
* Hush-A-Bye Island

"A Cheerful Little Earful" is schedule to be released on October 18, 2019

For more information about Diana her website is:
www. dianapanton.com

Posted by Storywraps at 8:06 AM