( a little flavour of Jesse's music from his previous album ) 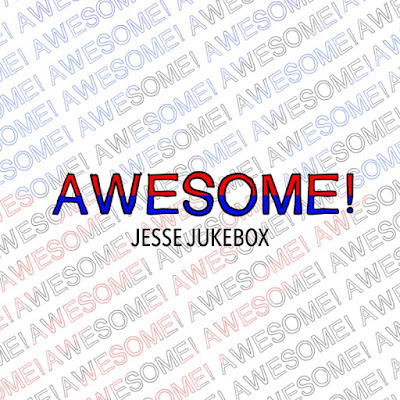 JESSE JUKEBOX
TURNS ADHD CHILDHOOD MEMORIES INTO
AWESOME!
SONGS FOR EVERY AWESOME KID OUT THERE
SET FOR RELEASE JANUARY 17, 2020

"Musician Jesse Friedberg describes himself as 'a professional goofball,' which makes the Berklee College of Music grad the perfect kids' musician." -- CoolCleveland.com

*Awesome! will be available at Apple Music/iTunes, Spotify, Amazon Music, Bandcamp, and CDBaby.

With irrepressible energy and an outrageous sense of fun, Cleveland's beloved family musician, Jesse Jukebox (a.k.a. Jesse Friedberg), celebrates a positive message of high hope in his third kids' album, Awesome! Packed with lyrical wisdom born of Jesse's experiences growing up with ADHD.

Awesome! holds a very special meaning for Jesse Jukebox, who, every day, strives to bring to children the message that, no matter what, there is plenty of "awesome" inside each one.

The title track comes bursting out of the chute with awesome energy, listing the many awesome pieces of a child’s world that just might have been overlooked. An ode to intuition, “Listen to Your Gut” is all about that overwhelming and sometimes terrifying feeling that comes with decision-making and how it usually helps to rely on our instincts. The message of “Incredible Shoes” is that even though kids are often different from one another, they can develop empathy through the simple connection of sharing things that are universally loved, like a new pair of shoes. “Complicated Kid,” a song dealing with themes close to Jesse’s heart, conveys how easy it is to feel misunderstood. We aren’t simply “bad” or “scared,” we’re just complicated! “I Wanna Learn” explodes with an overwhelming enthusiasm for learning, while “Where You Belong” is all about everyone’s quest to find their place in the world, comforting young listeners with the confidence that comes from a sense of self-acceptance.

Awesome! was produced by Grammy winner Dean Jones, and Jesse is quick to point out the enormous contribution Dean made to this project. Reflecting on the good times he and Dean had in their recording sessions, Jesse enthuses, “Dean was loose and open for collaboration, and he helped me write and record some of my best work. We put a lot of energy into making the songs the very best they could possibly be. No doubt they aren’t perfect, but then music sung from the heart isn’t supposed to be. It should be beautifully flawed, just like people are.” 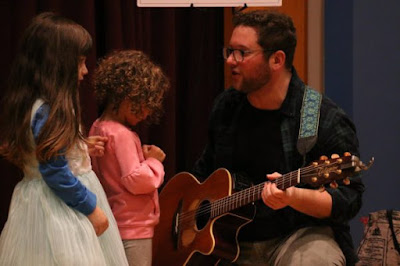 “When I was a child, I felt misunderstood. I didn’t quite fit in,” explains Jesse. “I had speech problems (I couldn’t say anything but the ABCs until I was 3), vision problems (I’ve had glasses my entire life), teeth problems (my overbite was out of control), learning problems, and behavioral problems. As a toddler, I was kicked out of a Daddy & Me class. When I was a bit older, I struggled in school. It was so hard to pay attention and understand the lessons. One teacher actually told me I was stupid. The faculty just gave up on me and advised my parents to expect me to never be more than an average to below-average student. My parents didn’t give up on me though, and, with their support, I finally began to get the help I needed when I was diagnosed with ADHD. This led to many positive changes in my life. I switched to a new school and saw lots of different specialists (speech, motor, learning). It was then that I began to understand myself, and this opened the door to learning the skills I would need to enjoy a happy and productive life.”


Jesse continues, “So, what does all this have to do with my new album? In a lot of ways, Awesome! is meant to remind kids who might be going through similar trials that they aren’t alone and to urge everyone to go on a treasure hunt for that sense of ‘awesome’ that lies within, waiting to be discovered.” 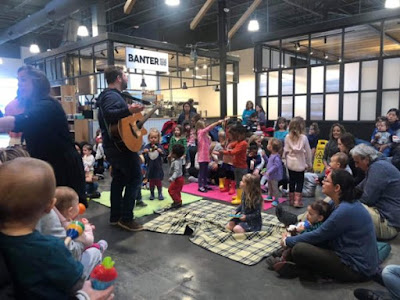 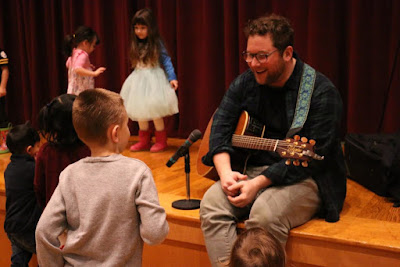 Jesse Friedberg is on a mission to inspire children and their parents to be creative, compassionate, freethinking, and a little bit smarter than he is (which is pretty darn smart). Based out of Cleveland, Ohio, Jesse accomplishes his mission by writing and recording original children’s music. He puts on amusing, thrilling, and interactive live shows that entertain children and adults alike. Did we mention he is great at talking about himself in third person?
After graduating from Berklee College of Music, instead of mastering the art of Jazz and shredding guitars, Jesse dedicated his time to writing, recording, and performing fun and catchy children’s music for families.

In 2012, Jesse recorded a children’s album with (name drop alert) multi-platinum award winning producer, Michael Seifert, titled, “Jesse’s Jukebox”. In 2017 he released his follow up children’s album, “Jesse’s Jukebox: There’s Music Everywhere”.
Jesse’s passion for working with children led him to receiving his Masters in Early Childhood Education from Ursuline College in 2015. He applies the skills he learned from there to give high energy, interactive, early childhood music classes that the whole family gets into.
Jesse is driven by Rock and Roll, The Blues, Batman, Electric guitars, Silliness, Funky Bass Lines, Pizza, Corny jokes, Loud Drums, The Teenage Mutant Ninja Turtles, Banjos, Outer Space, and all things awesome.
He’s working on improving his bio writing skills. It’s a slow process. 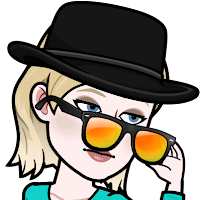