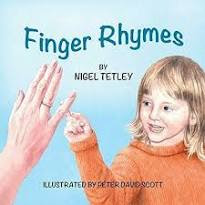 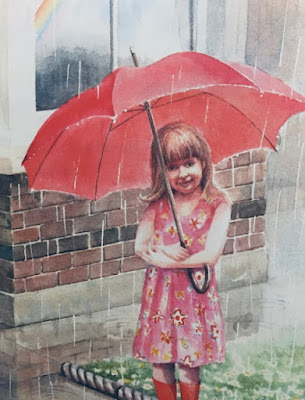 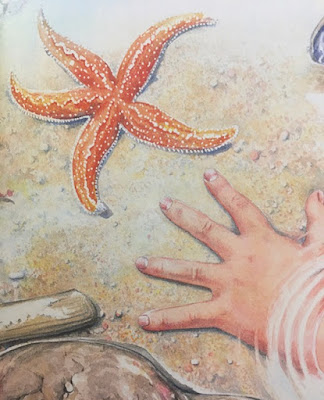 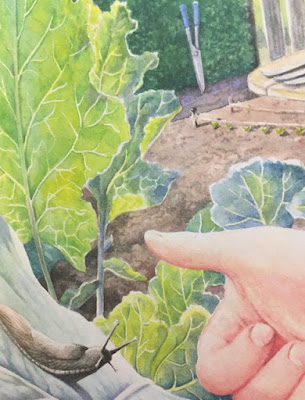 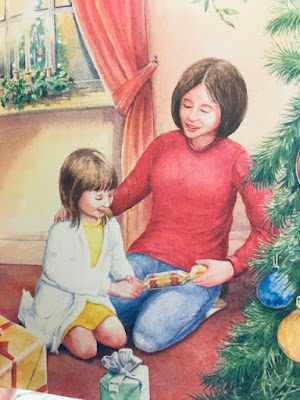 “Hey! My name is rather dumb,

Finger Rhymes is a book of twelve illustrated finger rhymes which together teach the first five cardinal and ordinal numbers both ascending and descending. Each rhyme has a different theme with its own sequence of actions to perform. An interactive numeracy resource for children, ages 0-5.

The rhymes are engaging and also fun.  The book invites kids to play along using their own fingers and in doing so they will learn the numbers from 1-5.  The poems are very like those of Mother Goose and the gentle, muted illustrations are beautifully executed... each a masterpiece in itself.

Poems include:  Finger Race, Playground Fingers, Weather Fingers, Seaside Fingers, Fireworks Fingers and Christmas Fingers, just to cite a few.  It's a perfect book to share together and delight in.  "Finger Rhymes" would be a wonderful addition to any preschool setting whether it be home, library, or school.

Other books by the author to check out are:

* When Bees Flew in for Breakfast

* It's a Funny Old World

All Nigel Tetley books are highly recommended and would make wonderful Christmas gift. 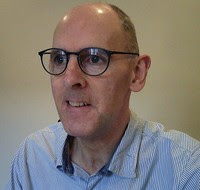 Since qualifying as a Religious Studies teacher in 1989, Nigel Tetley has worked in a variety of schools, spanning middle and secondary age groups in both the State and Independent sectors. At the beginning of his teaching career, he also spent a year in Greece teaching English. In 2001, he started writing children's poetry at the suggestion of a colleague. Full details of all of his writing projects can be found on his website: www.nigeltetleyauthor.co.uk.

Peter David Scott is an artist and book illustrator specializing in natural history subjects. Over thirty of his solo books have been published, and he has collaborated on a similar amount. His clients have included major publishing houses like Reader’s Digest, Harper Collins, Time Life, Random House, Athena, Virgin, Disney, the B.B.C., the R.S.P.B., Dorling Kindersley, and many other companies. His work has also been used in advertising and television and he illustrated one of the recent Guardian newspaper wallcharts. In addition, U.S. scientific journals Current Science and Wired have featured his work, and also design periodical Creative Review. Peter drew and co-designed the alien creatures for National Geographic’s successful two part C.G.I. documentary Extraterrestrial, the resulting drawings appearing in the Radio Times and they were part of the Science of Aliens exhibition at the Science Museum, London, appearing on large wrap-over interactive screens. This went to Montreal, Miami, Harrisburg, San Diego, and Melaka in Malaysia.

He has recently completed several books for innovative publishers Templar and Silver Dolphin including two large format hardbacks, each with 22 large water-color paintings and pencil drawings. This artwork was shown at the Guildford Book Festival in 2009 as part of The Art of the Picture Book exhibition at the Lewis Elton Art Gallery, and was shown at the Illustration Cupboard, London, as part of the Picture This exhibition in 2010. His work has also been exhibited in the Art Agency's exhibitions at The Forum, Norwich.

Posted by Storywraps at 5:41 PM