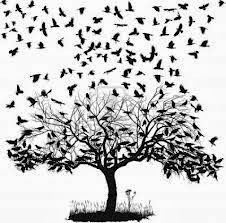 Quote of the Day:  "Most books, like their authors, are born to die; of only a few books can it be said that death hath no dominion over them; they live, and their influence lives forever." 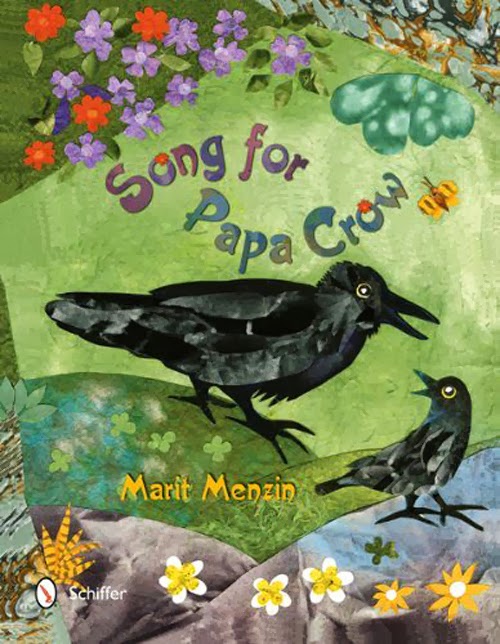 This beautifully told fable is a tale of true love between a father and his fledgling.  Papa bird loves to hear his little one's song but the other songbirds laugh at the little guy and fly away even though he wants to join their bird choir and chirp along.  Blue jays, goldfinches, cardinals, mockingbirds, and even woodpeckers are among the songsters who disapprove of his raspy, cawing voice, but to his papa, his little bird's song is pure heaven.  Little crow becomes sad and dissatisfied with himself and finds a way to change his tune...which leads him into extreme danger.  His sound is altered so that his dear papa cannot locate him in his time of greatest need.  Little crow realizes he needs to revert to his natural caw and learns he is happiest and proudest when he does.  Papa hears his little one's cry for help and organizes the rest of his bird community to fly together to rescue his son.  (Did you know that a flock of crows is called a murder?)  Me either.  Papa crow loves his little one no matter what and his son's  gravelly caw is music to Papa's ears  ..... why? ....  because Papa's love is unconditional.  This is a revelation in little crow's life. It is a time when he realizes you must be careful what you wish for, you cannot give in to peer pressure and change who you are to suit others, you cannot covet what others have and you must be happy and respect who you were created to be.

This book is a visual treat with rich, colourful illustrations.  They are carefully thought out paper collages that show texture and layered beauty on each page.  This treasured book won the Mom's Choice Awards Gold Honor.  The book also includes fun facts about North American birds and their sounds that you can enjoy.  This book is a winner for sure. 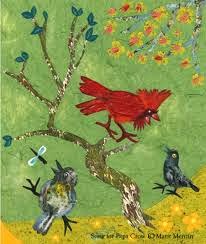 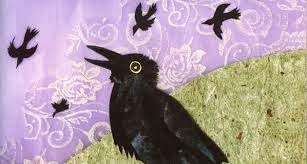 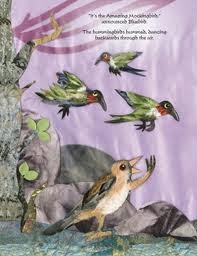 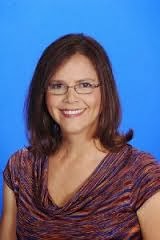 A Note from the Author

When I was a baby, my three aunts came for a visit, and each brought with her a gift. One sang me a lullaby and she taught me her songs. The second one showed me a beautiful picture of the world. My third aunt told me a sweet fairytale and she hugged me with her words.
The moment that I could hold a crayon, I started doodling, and each picture came with a song. In my magical world, I looked for the first flowers that grew after the rain. I observed with wonder my puppies and kittens and other animals and creatures, including the humans around me. When I learned how to read, I couldn’t stop, and even as I grew older, I still looked eagerly for picture books, simply because I had to know exactly what the characters in the book looked like.
Later, I forgot about my aunts’ gifts. My dream was to be. . . an inventor. I studied chemistry and biology, and later computer science.
After my children were born, Curious George reminded me of my childhood curiosity, and The Very Hungry Caterpillar and My Mama Had a Dancing Heart brought back my passion for colors and words. Yes, this was when I remembered my giftsand became an inventor of books.
Biography

Marit Menzin's award-winning collages have been seen in galleries, magazines, and other publications. She has loved art since childhood, and Song for Papa Crow, her first picture book, combines her love of nature and art. Song for Papa Crow celebrates diversity, spring, birds, and caring fathers with colorful cut-paper illustrations and a moving narrative.

The Story Behind the Story

The idea for Song for Papa Crow was conceived when I helped one of my children with her school project on birds. When I found out that father crows take care of their offspring longer than most other birds, and that the whole flock would come to help a wounded crow, I just knew there was a classic story in those factual tidbits.
I asked myself, What would happen if a little crow was teased by the songbirds for his unique song? And, what if in his quest for friends he learned the other birds’ songs, but when he was in danger, his father wouldn’t recognize his song? I was also thinking about my children. Each one of them has his own special song.
The illustrations for my book came first. I drew the characters again and again. Little Crow visited different places, met different North American birds, and he tried hard to make friends. But in the end, Little Crow realized that that his father’s love and his family support are what really matter.

Thank you NetGalley for sending me a digital review copy of this book.  I was not compensated  for my review and the thoughts I posted were mine alone.

Posted by Storywraps at 9:39 AM