Everyone needs a place to be safe..... 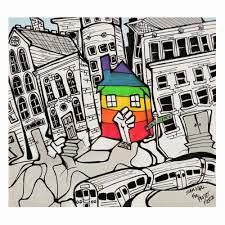 "Safety is as simple as ABC - Always Be Careful." 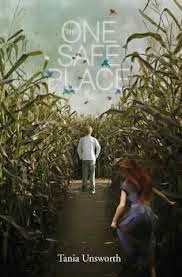 First off let me say that I really, really liked this debut novel from Tania Unsworth. She takes you into a world where nothing seems like it appears before your eyes and ears.  It is a page turner from page one right through to the last page.

The setting of this book is sometime in the future when the world has been devastated with a cosmic climate change and the survivors are split into two groups according to their wealth....the haves and the have nots.  Devin, who lives in a sheltered farm with his grandfather is present when his dear, beloved caregiver passes away.  Devin lovingly buries him and then strikes out for the city in order to survive.  He cannot keep up the place on his own so he goes off to find others who may come back and help him maintain the farm and live with him there.

Once in the city he is horrified to see that orphaned children are everywhere and the adults just pass them by and do not care about them.  He struggles to find food and shelter daily and finally meets up with a smart, street-wise girl named Kit.  He hears about an unbelievable place that kids can go called the Gabriel H. Penn House for Childhood and by a stroke of luck (or so he thinks) he is invited to go there.  It is an utopian place where kids can eat as much as they want, play as much as they want and find adoptive parents thus resulting in a very good life.  He insists on Kit accompanying him and then  the real sinister suspense begins.  All is not as it was portrayed and they begin to realize that evil resides in and around that home entangling those within to become hostages.   Knowing they are trapped and prisoners of that foreboding place the captive kids work together to find a way to escape and somehow find a way back to safety and a new life.

The author uses very descriptive language and takes you right into the minds and hearts of the characters she has penned.  Her portrayal of the events and circumstances causes the reader to be fully engaged with the characters plight.  I highly recommend this book.  I thoroughly enjoyed it and having taught middle grade and early high school students I know they will find this book very interesting and enthralling to read. 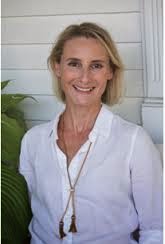 Tania Unsworth grew up thinking that being a writer was the best thing in the world to be. Her dad was a writer, and her family traveled around Greece and Turkey until she was seven.  Those years were wonderful, full of color and adventure. But because her family moved around a lot, she was never really sure where her home was.  Ever since then, she’s been caught between wanting to roam the world and wanting to stay safe. Her writing often reflects this.
She spent the rest of her childhood in England. She didn’t like school but she read a lot. Every year for Christmas, she wrote a story for her dad. They were just short little things, but because she wrote them in an exercise book and numbered the pages, she could pretend they were real novels. Sometimes she had to write using VERY LARGE letters to fill up the space.
Later she worked in a bookshop and then on the features desk of a women’s magazine. In the UK, she’s published two novels for adults. The One Safe Place is her first book for children.
Tania lives in Boston with her husband, two sons, a dog called Plum, and a pair of cats.

The One Safe Place

1. What books/authors have inspired you?

I always loved fairy stories, even long after I was told I was “too old” for them. And ghost stories too.  Also the Narnia books, T. H. White’s The Once and Future King,Jack London’s The Call of the Wild, anything written by the historical novelist Henry Treece, Night Birds on Nantucket and other books by Joan Aiken, Mervyn Peake’sGormenghast, stories from Greek and Norse mythology, The Jungle Book by Rudyard Kipling, The Mouse and His Child by Russell Hoban. More recently, Holes by Louis Sacher may, in my opinion, be one of the best books for kids ever written. I was also blown away by the Golden Compass series. And I love Michael Morpurgo’s books . . . I could go on and on.

I spend a lot of time trying to avoid writing. I play computer games and gnaw on my lip and make yet another cup of coffee. Then I start to panic because I know I have to pick the kids up from school soon, so I plunge in. I think I need the panic.

3. Which part of your book was the most fun to write?

The last draft, because I finally figured out how to fit everything in and it finally felt as if it was coming together.

4. Which part was the most difficult?

The four drafts that came before.

5. Is there one character you most relate to?

I like Kit because she has a complicated personality, and of all the characters in the book, she struggles the most with the past. Everything is harder for her because she’s been so mistreated. She’s flawed, and that makes her human.

6. What advice would you give aspiring writers?

The first thing I would say sounds very obvious: You have to want to write. A lot of people want to be writers, not so many want to actually do it. Writing is very hard, and most of the time, it’s not much fun. There’s a lot of rejection involved. You have to be stubborn. You have to write when you don’t feel in the mood. You have to fail. You have to get it wrong and start over. And then get it wrong again. You can’t do any of this unless you’re in love with writing itself.

It would be terrible if I had to choose, because I’m crazy for both. I have one dog and two cats. I’d really like another dog to even things up.

8. If writing weren't part of your daily work, what career would you like to have?

When I was a kid, I planned to have a store. Nothing would cost more than a penny. I thought by keeping the prices so low, everyone would come to the store, and I’d be hugely successful. It was a long time before I grasped exactly why this scheme was doomed. But I’d still like to have a store. I’d sell things that made you feel happy to look at.

9. Which author would you most like to spend the day with?

This is hard, because truthfully, writers aren’t often great company. They tend to write about interesting things rather than do interesting things. Also they like talking about themselves a lot, which can be dull. But I would like to spend the day with my dad, who was a writer. He was very funny and very clever and I was never bored when I was with him.

10. What is your secret super power?

I can go for a long time without peeing. This doesn’t sound very useful, but once I was on a bus in India and the ride took all night and we never stopped at any bathrooms. Instead, people got off the bus and peed on the side of the road. I was too embarrassed to do this, which was stupid. But I made it through the night!

Read on and read always!  Have a safe and productive day everyone.