The Story of Doctor Dolittle - Picture Book Edition - a bookwrap

As a mother of young children, Melissa Dalton Martinez is excited to bring Doctor Dolittle to life for your little ones! “The Story of Doctor Dolittle Children’s Picture Book,” by Melissa, is releasing on August 31st, 2021. 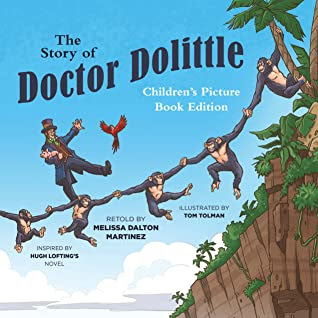 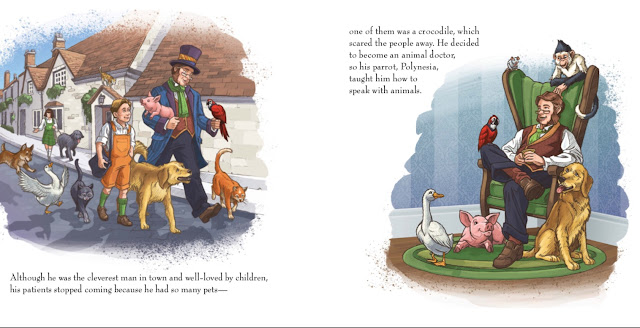 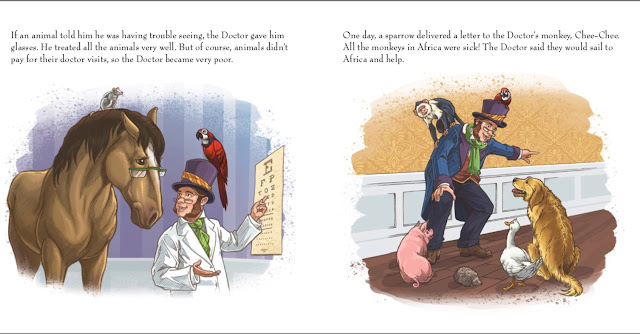 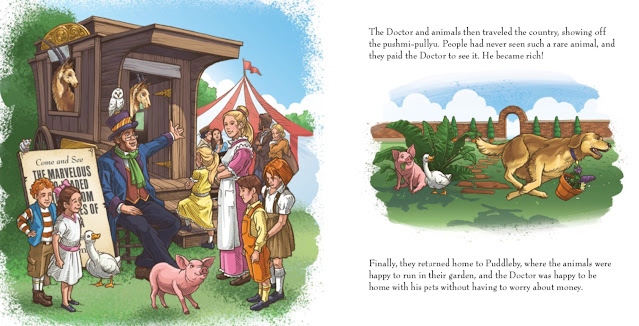 This book is a reveal of the origins of the remarkable Doctor Dolittle.  The re-visited story will be fresh and new to this generation but a walk down memory lane for the older ones.  This classic story is a delightful read for all ages and contains a new magical twist.

Doctor Dolittle is a people doctor but loves animals very much.  He owns and loves many of them. His pet crocodile scares away his human patients which leaves him very poor indeed.  Fortunately for him his parrot, Polynesia, teaches him how to talk to animals.

After his transition to being a veterinarian animals worldwide seek his help to cure their maladies.  He finds himself sailing off to Africa to vaccinate monkeys who are in dire need of the good doctor's skills.  Kids will love the adventures, exotic travels and his encounter with dangerous pirates on his trip.

The book is short and simple with detailed vintage illustrations to enjoy.  I love them. I highly recommend this book. 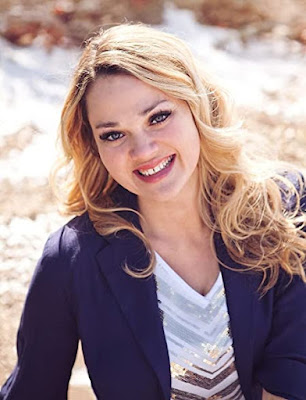 Melissa Dalton Martinez is the author of three different editions of "The Story of Doctor Dolittle," the “Revised, Newly Illustrated” novel, the “Children’s Picture Book Edition,” and the “Coloring and Activity Book."

Melissa has worked in the entertainment industry since 1998, including television, film, music, and books. Today she is the executive producer and host of the hit online show, The Book Break.

Melissa is the mother of three imaginative children ages eleven, nine, and six. As a lover of books, she started buying and reading massive amounts of children’s books from the first day she found out she was pregnant with her oldest child.

Today, Melissa still buys, and reads with her children, huge amounts of children’s books. Her talented husband, Gama Ray Martinez, contributes to this growing children’s book library as an author of more than 17 books for school-age children.

When they’re not reading or writing, the Martinez family can be found enjoying a variety of activities like playing with their Golden Retriever, hiking, swimming (and scuba diving for Melissa and Gama), traveling, playing video games, and watching fun movies (usually in the fantasy or science fiction genre).

Born in Maidenhead Berkshire in 1886, Hugh Lofting kept a miniature zoo in his mother's cupboards as a child. By 1907, he was traveling the world as a civil engineer, but left this life in 1912. Lofting lived in New York City when World War I began. After he enlisted into the Irish Guards during WWI, he was disgusted by the treatment of the horses on the warfront. In a bid to protect his children from the horrors he experienced, he instead wrote them fantastical letters of fictional stories which became the basis for his most famous work, Dr. Dolittle. Despite being injured while fighting in 1917, it wasn't until 1919 that Lofting was discharged. Leaving the battlefield behind, he moved with his family to Connecticut. In the time since, he was married three times and had three children. He died in 1947 in Santa Monica, CA after battling a two-year illness.

Tom Tolman has been an illustrator at heart all his life. A BFA in Illustration, and 20 years of professional experience, have just made it official. Tom has been married to the love of his life, Kim, for a quarter of a century. Together they are raising five exceptional children; two fine young men and three lovely ladies. Tom has been blessed to work in both traditional and digital artistic endeavors. He has also recently engaged in the adventure of teaching art in school. With a life full of opportunity, support, creativity, and love he feels truly fortunate for the gifts he's been given. 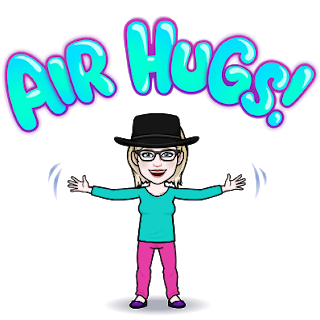 Posted by Storywraps at 7:52 AM